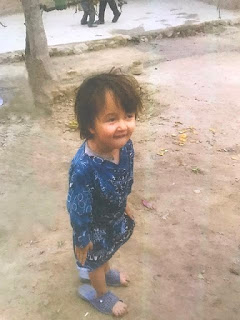 “Have a care when fighting monsters – lest ye become a monster yourself.” - Friedrich Nietzsche.
WAS “MONGOOSE” the word that flashed through Bobby Kennedy’s brain when he received the awful news of his brother’s assassination in Dallas? Like JFK, Bobby knew all about the activities of  “Mongoose” – the top-secret CIA operation dedicated to killing the revolutionary Cuban leader, Fidel Castro. Was it possible that the ruthless and criminal tactics sanctioned by “Operation Mongoose” had blown back in the Kennedy brothers’ faces?
The temptation to join the dots must have been very strong – especially after it became known that the man identified as President John F. Kennedy’s assassin, Lee Harvey Oswald, had been an active member of “Hands Off Cuba!”, a political organisation dedicated to keeping the Castro regime safe from US intervention?
“Blowback” is the name given to the unintended and often disastrous consequences of officially-sanctioned behaviour which crosses the line separating legitimate public policy from unethical, and, all-too-often, criminal behaviour.
Sometimes blowback is spectacular: as when Osama Bin Laden, the man the CIA helped to drive the Soviets from Afghanistan, turned his murderous talents against the USA. More often, however, blowback describes the insidious effects of unethical and/or criminal practices on the integrity of the people and institutions who initially gave them sanction.
Nietzsche’s oft-quoted aphorism: “Have a care when fighting monsters – lest ye become a monster yourself.”, sums up the dilemma very nicely.
When evil strikes, the temptation to “fight fire with fire” is always very strong. Indeed, to suggest anything less is all-too-easily construed as evidence of insufficient zeal, or, even worse, abject weakness. This impetuous inclination to embrace the monstrous methods of one’s enemies is nowhere more pronounced than in the institutions of national defence and security. And those leading the charge will, invariably, be drawn from the most elite and aggressive “special forces” units.
The great danger in these circumstances is that policy-makers begin to confuse tactical weaponry with viable strategy.
The whole ethos of the special forces is based upon their self-characterisation as the point of the national security spear. Not for them the ponderous deliberation of the innumerable variables that constitute a sensible and morally defensible foreign policy. A spear, and most especially, the point of a spear, is only useful if your prime purpose is to thrust something deadly into your enemy’s body. It’s usefulness as an instrument for debating and determining durable international relationships is considerably less apparent.
Unless, of course, the nation’s political and military leadership can be persuaded that careful deliberation and debate, far from being the solution to the problem of national security, should be counted among its principal causes. When terrorists fly airliners into tall buildings, people don’t want debate – they want action. When politicians are being pressed to exact vengeance upon “evildoers”, their first instinct is not to reach for the compendiums of international law, or to consult the history books. Their over-riding priority is to close their fingers around the hilt of a sword.
The only problem, of course, is that, to a sword, every problem looks like an exposed belly, or a vulnerable neck. In the eyes of special forces personnel: their intelligence gatherers and the officers who plan their special operations; the only thing that matters is the mission. If the mission is to defeat terrorism, then anything, or anyone, who gets in the way risks being lumped-in with the terrorists.
In the context of a working democracy, this sort of professional tunnel-vision can lead to catastrophe. Independent journalists, for example, investigating in-theatre and asking too many awkward questions, are not seen as symbols of the democratic institutions that soldiers are sworn to protect, but as persons capable of compromising the mission. To “neutralise” these actual or potential enemies, special forces will not hesitate to deploy all the weapons of psychological warfare: misinformation, rumour-mongering, false allegations, fake news.
And if a particular operation fails? Or something terrible happens in the course of carrying out that operation? Well then, in order to prevent outsiders from interfering or (worst case scenario) cancelling the mission, it may prove necessary to withhold potentially compromising information from unfriendly eyes. That those “unfriendly eyes” might belong to Members of Parliament, Cabinet Ministers, or even the Prime Minister, matters much less than safeguarding the mission from any and all external “threats”.
This is how a “sword” thinks. And, perhaps, it would be unreasonable to expect our sword, The NZ Special Air Service, to think in any other way. What we, as a democratic people, cannot allow, however, is for sword-like thinking to take over the mind of the NZ Defence Force, or to deflect our political representatives from the responsibilities and duties of democratic government.
Attacking journalists, suppressing evidence of civilian deaths, misleading the civilian power: such behaviour would confirm the serious moral degeneration of our armed forces. The blowback from that could be devastating.
This essay was originally published in The Press of Tuesday, 28 March 2017.
Posted by Chris Trotter at 11:39

“Have a care when fighting monsters – lest ye become a monster yourself.” Great quote.
With regard to that quote I would like to remind all those opposed to Trump that they keep this in mind as they back the nefarious actions of the "Deep State" aka the FBI NSA CIA to promote Russia as the big baddy and to bring down Trump. This is a truly insidious concept. If we are to bring down Trump we best do it honestly and democratically. Remember nobody voted these security types into their roles and they should be accountable to their political masters who the people do vote in. They are the tail attempting to wag the dog. Have a look at history, think Praetorian guard, Marmalukes, Janissaries....when those who purport to support the throne get too close.

The other lovely point Chris points out is our "sword": the forces hierarchy know that they have a rabid dog element...every army needs one and for us it is the SAS. They do dirty deeds, they stuff up and they succeed. The point is that if you deploy them you must expect this, the public certainly do. Why the hell Defense hierarchy cant just front up to the mistakes is well beyond m, they glorify the successes after all. Admission provides a way for public feedback and support for /criticism of the front line. It also provides the forces a way of learning and improving without having to keep the bad bits under wraps.