Dangerous Territory: Is It Time To Scrap The "No Surprises Rule"? 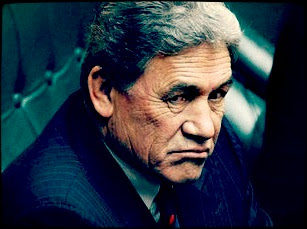 Not Happy: Winston Peters has every right to be outraged at the way his interactions with the Ministry of Social Development were drawn to the attention of Government ministers. It is only in dictatorships that state officials regard the private and personal information of the citizenry as a resource for advancing the interests of their political masters.

THAT THE STATE SERVICES COMMISSIONER placed Winston Peters’ superannuation difficulties within the ambit of the “No Surprises Rule” is deeply troubling. Clearly, both the Commissioner and the Solicitor General (whom he consulted) considered the imminence of a General Election an insufficient reason for keeping what was, essentially, a matter of routine administration, confidential to the Ministry of Social Development and the citizen directly involved. Their decision to allow MSD officials to brief the Social Development Minister, Anne Tolley, that the leader of a rival political party was about to be interviewed by her ministry concerning superannuation overpayments, can only be construed as extending the scope of the No Surprises Rule into extremely dangerous territory.

Hitherto, the No Surprises Rule (which isn’t, in fact, a rule at all, but a convention dating back to the prime-ministership of Helen Clark) was only applied to the imminent public release of potentially controversial information pertaining to government administration. The classic example given is of a ministry which has just received a formal request for sensitive official information from the news media. Rather than have the minister “ambushed” by journalists, Prime Minister Clark argued that Cabinet members should be given a “heads up” by their officials. That way, rather than be caught on the hop, ministers would have plenty of time to be brought up to speed.

There is certainly a strong element of political logic to this expectation. What Minister wouldn’t feel blind-sided and seriously let down by their officials if the first he or she knew about a serious bureaucratic bungle was when the parliamentary wolf-pack came clamouring for explanations?

On the other hand, a stickler for the Westminster tradition of full ministerial responsibility might argue that any Minister inattentive enough to be surprised by the consequences of his or her own decisions deserves to be embarrassed by the news media. Such a constitutional pedant might further object that, practically speaking, the No Surprises Rule offers every bit as much protection to derelict public servants as it does to elected representatives? Yes, it may save the politician’s face, but may it not also cover the bureaucrat’s arse?

There are many in the journalistic profession who will attest to the malign transformation which has been wrought to the principle of political accountability by the No Surprises Rule. From a simple heads-up, it has mutated into the practice of no-holds-barred “perception management”. Public servants have morphed into PR mavens. The old maxim, “Information is Power”, has been used to justify an unprecedented “mind-meld” between the Executive Branch of government and what used to be this country’s neutral civil service.

Set in this context, the unwisdom of the State Services Commissioner’s dramatic extension of the No Surprises Rule’s scope is clear. Quite simply, the Minister of Social Development had no ministerial responsibility whatsoever for the discussions which were about to take place between her Ministry and Mr Peters. Or rather, she had no responsibility so long as those discussions remained – as they should have remained – completely confidential. The only possible justification for a “heads-up” from her officials would be if there was a reasonable possibility that the details of Mr Peters interview with the MSD were on the point of entering the public domain.

In other words, the State Services Commissioner reached the alarming conclusion that senior civil servants must now assume that all state ministries and departments are utterly incapable of protecting the New Zealand citizen’s right to privacy; and that any and all politically “juicy” information will, inevitably, find its way into the public domain.

But this is a calamitous assumption, which strikes at the heart of the public’s trust and confidence in the security of private information entrusted to the state. Worse still, it suggests that the “Information is Power” maxim has so taken hold within the ranks of ministerial advisers that they now feel professionally obligated to empower their political masters with the sort of information that neither public servants, nor politicians, have the slightest legitimate reason (or legal right!) to possess.

It is only in dictatorships that state officials regard the private and personal information of the citizenry as a resource for advancing the interests of their political masters. The State Services Commissioner had an opportunity to strike a blow for New Zealand democracy.

What a pity he didn’t take it.

This essay was originally published in The Waikato Times, The Taranaki Daily News, The Timaru Herald, The Otago Daily Times and The Greymouth Star of Friday, 1 September 2017.
Posted by Chris Trotter at 13:31

The State Services Commissioner Peter Hughes "...said Ministry of Social Development officials sought advice with him personally, before briefing Tolley that a matter between Peters and the ministry was being dealt with.

"Mr [Brendan] Boyle and I sought advice from the Solicitor-General on the appropriate way to ensure decisions were made independently and the requirement to ensure ministers were not surprised was met.

"My advice to Mr Boyle was that MSD should deal with Mr Peters' case in line with the agency's standard policies and procedures, in exactly the same way as would happen for any other New Zealander. I am assured that is what happened."

To paraphrase the last paragraph; any New Zealander should now expect their private dealings with the State to be brought to the attention of the cabinet office. I think not.

The future will be interesting.

The problem thee days is that if there is a line in the sand, it gets washed away regularly, so no-one has definite guidelines or even laws, as they get flouted 'accidentally' or deliberately and when called into question the matter disagreed on has to slowly be assessed in Court or with a Commission.

Excess is everything, having a fine understanding of words would be a nice thing, but in today's blunt-cut Disney world the lexicon of meaning is deranged. This has happened in the past over centuries, as in the meaning of 'nice', but now change happens over weeks, days.

Nice: Nice | Definition of Nice by Merriam-Webster
https://www.merriam-webster.com/dictionary/nice
This Old French word came in turn from a Latin word nescius that meant “ignorant.” At first, English. Later it came to mean “finicky” or “fussy.” Not until the 1700s did nice come to mean “pleasing” or “pleasant.”

And Alice in Wonderland is definitely the place to meet bon mots and expressions of perplexity suitable to our present. Perhaps Crosby Textor use it as a resource book. Try these:

The different branches of Arithmetic -- Ambition, Distraction, Uglification, and Derision.
Alice in Wonderland.

"Alice laughed: "There's no use trying," she said; "one can't believe impossible things."
"I daresay you haven't had much practice," said the Queen. "When I was younger, I always did it for half an hour a day. Why, sometimes I've believed as many as six impossible things before breakfast."
Alice in Wonderland.

"Then you should say what you mean," the March Hare went on.
"I do, " Alice hastily replied; "at least I mean what I say, that's the same thing, you know."
"Not the same thing a bit!" said the Hatter. "Why, you might just as well say that "I see what I eat" is the same thing as "I eat what I see!"
Alice in Wonderland.

"It's very good jam," said the Queen.
"Well, I don't want any to-day, at any rate."
"You couldn't have it if you did want it," the Queen said. "The rule is jam tomorrow and jam yesterday but never jam to-day."
"It must come sometimes to "jam to-day,""Alice objected.
"No it can't," said the Queen. "It's jam every other day; to-day isn't any other day, you know."
"I don't understand you," said Alice. "It's dreadfully confusing."
Through the Looking Glass.

Then with the lessons from Yes Minister in the subtle arts of political
log-rolling, and observing the sport of greasy-pig chasing, we can understand how difficult it can be to pin down what 'no surprises' means. Aspiring politicians can expect similar in the absence of a suitable covenant like the Geneva Convention.

The greasy pig in this link can stand in for Winston or Metiria, and the excited chasers for the hordes of undiscovered minor criminals and hoity toity advantaged, overpopulating NZ.
(https://www.youtube.com/watch?v=I0wZZ19oQ5E