CTO-gate: Smoke Gets In Our Eyes. 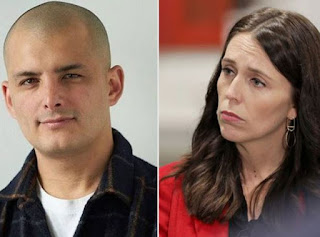 To Good To Be True? Derek Handley, an old friend; someone of her generation; superbly qualified for a job that needs to be filled by someone sympathetic to her government’s aims and objectives; on his way back to settle permanently in New Zealand; gets in touch via her own party’s president. Why would Jacinda Ardern be suspicious? Where would the harm be in letting him have her private, private e-mail address?

THE BIG QUESTION is, can they pull it off? Can the National Party do to Jacinda Ardern what Labour tried, but failed, to do to John Key: destroy their opponents’ most powerful political asset? The slightly smaller question is: If this is National’s intention, then how deep does the conspiracy go?

In this morning’s edition (27/9/18) of Politik, Richard Harman reveals that, on Monday night, PR maven and former National Party president, Michelle Boag, contacted Politik and asked for its e-mail address. Within 24 hours, Harman reports, copies of Derek Handley’s e-mail messages and text conversations with Jacinda and her hapless minister, Clare Curran, had arrived in the website’s e-mailbox.

Put these facts together with Winston Peters statement, made in the House of Representatives, that Boag is working for Handley, and a number of troubling questions present themselves.

The first and the most obvious: Is it Handley’s intention to do political harm to his “friend” – Jacinda Ardern?

It certainly looks as though damaging the Prime Minister’s reputation is exactly what he’s trying to do. Why else would he release his electronic communications with Jacinda while she is in America? It is difficult to imagine he could be unaware of the effect his release of this information would have on what was shaping-up as a triumphal progress through the UN auditoria and television studios of New York.

That Handley might be angry with Jacinda is understandable. The position of Chief Technology Officer had been given to him – only to be snatched away without warning following the fall of Curran. It is entirely plausible that a person in his position would be feeling aggrieved and anxious to have people know the full story.

But why would Handley involve Boag in the process? Especially when he has his own PR adviser, Julie Landry, to handle the release of such material. Boag, in conformity with her long-standing policy, has refused to confirm or deny whether Handley is her client. It is, however, difficult – given her call to Politik – to form a more plausible conclusion.

And it’s here that the questions begin to go dark: especially for those with a conspiratorial turn of mind; because, immediately, the suspicion looms that the whole Handley-for-CTO exercise may have been an elaborate set-up.

Clare Curran was not, when all is said and done, the most robust minister in Jacinda Ardern’s Cabinet. If one was looking for a politician to weave a complicated plot around, Clare would be hard to go past.

What’s more, all those National Party MPs with cabinet experience are well aware of how useful it can be to have a private, back-channel means of communicating with friends and allies. Not every person who ministers meet, and not everything they need to talk to them about, is the sort of information they want all-and-sundry scrutinising in their official ministerial diaries. For people new to high office, the temptation to direct friends and allies past the official gatekeepers (and diary managers) is very strong. Entangling Curran in a web of unwise communications would not be all that difficult: indeed, with a bit of luck she would do it all by herself. National had only to ask the right questions and file the appropriate OIA requests.

And it’s right about here that the truly nagging doubt arises. Did our millennial Prime Minister; one of a generation for whom personal networking has become second-nature; someone who lives on and through her devices; fail to perceive the risks of continuing to work that way in an environment where every form of communication is recoverable – and may be used in evidence against her?

An old friend; someone of her generation; superbly qualified for a job that needs to be filled by someone sympathetic to her government’s aims and objectives; on his way back to settle permanently in New Zealand; gets in touch via her own party’s president. Why would she be suspicious? Where would the harm be in letting him have her private, private e-mail address?

Unless. Unless. Unless. No, the Nats just aren’t that clever – are they? Actually, some of them – Michelle Boag in particular – are extremely clever. Chess players from way back and as unforgiving as an executioner’s axe. More importantly, they have a target with only a fraction of the protection Key possessed. The “System” supplied the Prime Minister from Merrill Lynch with the sort of impenetrable political body armour the Prime Minister from the International Union of Socialist Youth can only dream about.

When Mike Williams flew across the Tasman in search of dirt on John Key, he could not be at all certain that, even if he found it, Key’s friends in the upper echelons of the mainstream news media would use it. Boag knows full well that National can rely upon a cabal of very senior political journalists and commentators to blow the smallest misstep by Jacinda Ardern into a full-blown decline-and-fall epic. She also knows that, contrary to Nietzsche’s claims, attacks which fail to kill politicians do not make them stronger – they make them weaker. The voters cannot see smoke without thinking of fire. Blow enough smoke in their eyes and they stop seeing clearly.

And that is all the National Opposition needs.

This essay was originally posted on The Daily Blog of Friday, 28 September 2018.
Posted by Chris Trotter at 13:57

Jacinda Ardern is bound to come out of this smelling a lot sweeter and stronger than the rotting Michelle Boag, smoke or no smoke billowing from the National party rubbish dump of "dirty politics".

Wait for Jacinda to return from overseas to answer these claims.

..superbly qualified for a job..

This total lie is the propaganda the Labour party is shopping to protect Ardern.

Of course the precise opposite is true: Derek Handley is exceptionally unqualified for the role of CTO. He's a marketing guy, and the almost universal incredulous condemnation of his laughable appointment from the NZ Tech industry illustrates this.

The truth is Jacinda Ardern has been caught appointing her crony to a job he's wildly unsuitable for in a shabby, corrupt, dirty deal.

Chris
You are drinking too much of the KoolAid with your conspiracy theory. The old adage (Hanlon's Razor) about given a choice between conspiracy and cockup, choose the cockup is almost certainly in play here. Labour shot themselves in the foot.
Mr Handley has been shat on by Labour protecting their own. They have also ruined his chances of getting employment in the Industry. He wants to put across his side of the story. If you were him, who would you ask for advice on how to do it?

I don't know if Handley was the right choice, what I do know is that none of the government IT people were because if they were we wouldn't need the position.