Operation Burnham Inquiry To Proceed Under Cover Of Darkness. 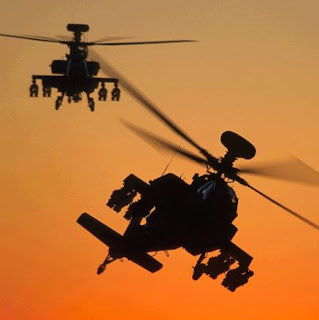 Hit & Miss: The Coalition Government should have done everything in its power – up to and including the passing of special enabling legislation – to ensure that the military was prevented from hiding behind the smoke-screen of “national security”. To preserve public confidence in the decency and honesty of the NZ Defence Force it is imperative that everything the military knows about Operation Burnham, the people of New Zealand should know also.

THAT MOST OF the Operation Burnham Inquiry will be closed to the public is deeply troubling but hardly surprising. From the moment of its announcement by Attorney General David Parker, the inquiry had about it an air of reluctance and limitation. As if the entire exercise was in some way illegitimate: the product of forces which had usurped the natural order of things and were being placated only because failing to do so would undoubtedly make matters worse. The heavily armed guardians of our society neither encourage nor welcome scrutiny. On the contrary, they expect the state to keep them safe from citizens’ prying eyes. From the outset, it was clear that the public (and its proxy, the news media) would be prevented from seeing and hearing anything it hadn’t already seen and heard about Operation Burnham.

It is worth asking why political parties so sharply critical of Operation Burnham when they were in Opposition have been so ready to accede to the demands of the New Zealand Defence Force (NZDF) now that they’re in government. The Inquiry is, after all, being held to ascertain the truth or falsehood of allegations levelled against the NZDF in the book “Hit & Run” by investigative journalists Nicky Hager and Jon Stephenson. Was the NZDF responsible for the deaths of six Afghan citizens – including a little girl – or wasn’t it? Did our Special Air Service hand over captured Afghan insurgents to the Afghan security forces to be tortured – or didn’t it?

Such questions put the decency and honesty of the New Zealand military squarely in the cross-hairs of public scrutiny. Surely, a government determined to have a decent and honest defence force would not only move heaven and earth to have these questions answered, but also to have them seen to be answered. To that end, the Government should have done everything in its power – up to and including the passing of special enabling legislation – to ensure that the military was prevented from hiding behind the smoke-screen of “national security”. To preserve public confidence in the decency and honesty of the NZDF it is imperative that everything the military knows about Operation Burnham, the people of New Zealand should know also.

Naturally, the NZDF’s defenders have objected that the idea of politicians sending civilian investigators to rifle through the military’s files is outrageous. How can our allies trust the NZDF with their secrets if at some future point they could be revealed for all the world to see? The problem with that question is the implied assumption that there are some secrets that the world has no right to see. Like the video recording handed over to Wikileaks by Private Bradley (now Chelsea) Manning showing innocent Iraqi civilians being gunned down by the crew of an American helicopter gunship. But why should evidence of a war-crime be hidden beneath the shrouds of national security? What sort of military hides proof of murder?

A decent and honest NZDF would not have the public doubt in any way its willingness to co-operate fully in an inquiry into whether or not it deliberately gunned down unarmed civilians? After all, a military that could collude in suppressing evidence of murder could collude in all manner of crimes. It could be guilty of commissioning perjury, or conspiring to pervert the course of justice. It could be guilty of crimes so numerous and so serious that its commanders can only tremble at the thought of civilian investigators applying the disinfectant of sunlight to the accumulated reek of its misdeeds.

Which is why the fact that most of the Operation Burnham Inquiry will be carried out in the dark is so concerning. What sort of inquiry grants the legal representatives of interested parties only “summaries” of the evidence presented? What sort of a judicial officer submits to a “security clearance” before being allowed to view that evidence? And, when did the doctrine of national security override the right of the people to see justice done?

Two thousand years ago the Roman poet Juvenal asked: “Quis custodiet ipsos custodes?” “Who will guard the guards themselves?” In relation to the Operation Burnham Inquiry the answer would appear to be: Not the Government. And, not the Inquiry heads; Sir Terence Arnold and Sir Geoffrey Palmer.

In New Zealand, the guardians have no guards.

This essay was originally published in The Otago Daily Times and The Greymouth Star of Friday, 28 September 2018.
Posted by Chris Trotter at 09:27

War has always involved killing people. Many or most of whom are ordinary citizens wanting only to carry on their lives in peace.
I'm sure Burnam type incidents happen all the time and much worse in all conflicts. The only way for our military to avoid these incidents is to keep out of that horrible business. The bosses know this ,and they know that some of the population will always believe there are atrocities and others will believe that our forces never engage in them . The latter group will carry on believing what they want to regardless of an obvious cover up, the former they can't do anything about but ridicule. So secrecy will always be applied to what goes on in war. Otherwise it couldn't go on.
D J S

I think it was Roger Douglas that promised us open and transparent government right? It's a little bit like the popular mechanics headline – "Where's My Flying Car?" Or "Fusion power is five years away." – And has been for the last 30 years or so. It's things like this that make people cynical about politics and politicians – at least those who think about politics and politicians.

'When elephants fight, it is the grass that suffers.' It has always been thus. And it is foolish to think otherwise.

Great post Chris. The military may think they can hide in the dark, but they are after all just another government department - we pay for them and we want to know what happened. Open-ness and transparency is what we should expect and get!!

The military are expected, by the citizens, to be doing things that are necessary in an informed, trained and responsible way. They are not just internationally jerrymandering, or shangaied or press ganged bully boys who go form a rabble sent to menace, evict, steal, infure and kill in some other country. Are they? And we think they are supposed to be righting some wrong, not setting people to remember small or big atrocities and leave hate and revengeful thoughts and destroyed lives.

We don't want to think that their beliefs and direction are not in accord with our own government's. I object to us being a handy reserve to a big power who says ally yourselves with me/us, or you may regret it. And I don't like the feeling that what they learn overseas, they will willingly repeat here. I want to know what is going on behind those carefully averted eyes, those impassive faces, or those which might turn angry. I have just been studying NZs in WW1 history, and we didn't always come off 100% okay, but the brief facts are there. Let's look fairly at the facts of today.

It might do to read about what we think is important and why. Referring to 'Will' I thought of Arthur Schopenhauer.l
He is best known for his 1818 work The World as Will and Representation (expanded in 1844), wherein he characterizes the phenomenal world as the product of a blind and insatiable metaphysical will.
https://en.wikipedia.org/wiki/Arthur_Schopenhauer

What makes us do what we do? Can at different times, war be necessary, rational, or irrational? And by what means can we establish which of the three, and deciding on that, how can we deal with the background factors to lessen the impetus to go to war to achieve some goal?

I see from some comments that the NZDF apologists at it or is it different with Afghans? I wonder how they would feel were it their innocent families dealt such cruel blows.

Having kbnown Geoffrey Palmer for many years I suspect he would with his High Court judge colleague, find this cover up "darkness development" most disturbing.
Chris Trotter says "if the NZDF were a decent and honest they wouln't have the public in doubt". Nor I would add such inexcusable delving into huge dollops of taxpayers money to hide their sins. But the answer is obvious,the NZDF don't do honesty or transparency.

My concern now is this yet another example of the Labour Govt being blackmailed by NZ First and given the Minister Marks is a former NZDF man its clear whose calling the shots and it isn't him.

Let's cut to the chase. There is a difference between war and crimes of war. There is a difference between a regime which seeks to conducts a just war, and a regime which condones murder.
The Realm of New Zealand is a criminal state. Its military forces and its security services behave in ways which are utterly repugnant to the decent minded peoples of this world. The entire state is tainted, and all who are in allegiance to that state bear a measure of moral responsibility for its criminal excesses.
Wayne Mapp may disagree but I think it fair to say that the Labour and Green parties constitute the elements of the regime which were most likely to insist that New Zealand should adhere to the Geneva conventions on war, yet all the evidence is that they lack the courage or the will to bring the military and the state security services to order.
Time for the left to acknowledge that the problem of the New Zealsnd state is not a matter of party politics, but is fundamental and systemic.