Separating The Singer From The Song. 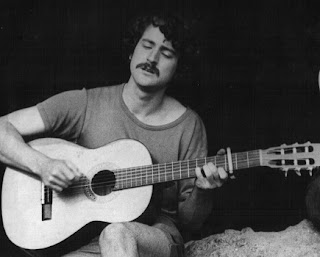 The Singer And His Song: Is it possible to judge a work of art purely on its own merits? Can we truly set aside what we know about the artist and focus exclusively on what he or she has created? Can the singer ever be separated from the song?

BACK IN THE DAYS when I boasted much more hair and carried far fewer kilos, I was right into (as we said back then) writing songs. One of those songs, The Other Side of Town, opened like this:

Well, the street has been my teacher
And poverty my nurse

Oh dear, how my family and friends chortled. “You wouldn’t know how to live out on the street if your life depended on it!”, snorted one.

“Raised in poverty?”, laughed another, “you must be writing about somebody else!”

Which, of course, I was. Though the song is written in the first person, it is not in the least autobiographical. The “hero” of the song: a young man from the wrong side of the tracks, who has fallen hard for a young woman from the right side; is entirely fictional.

In fine romantic style, he contrasts his sufficient-unto-the-day approach to life with the complicated mix of expectations and aspirations of his middle-class girlfriend:

Aware of the sheer unlikelihood of two people so dissimilar enjoying a long relationship, the hero anticipates his lover’s decision to break it off and forgives her in advance. All he asks is that he not be forgotten:

I don’t mind that you refuse me
I don’t want to tie you down
Just remember me as someone from
The other side of town.

Banal and adolescent? I’m afraid so. But my family and friends reaction to The Other Side of Town provided me with a very early introduction to a problem that is still very much with us. Is it possible to judge a work of art purely on its own merits? Can we truly set aside what we know about the artist and focus exclusively on what he or she has created? Can the singer ever be separated from the song?

Quite a few of my friends just couldn’t manage it. They simply couldn’t reconcile the rather innocent lad who had written and was singing the song, with the worldly, Luke Perry-type character who was its subject.

“What do you know about any of this stuff? Where do you get off pretending to be a kid from the wrong side of the tracks?”

Forty-five years after the song was written, I suspect a younger generation of listeners would recoil with additional disdain from the lofty condescension and “mansplaining” contained in the lyrics. “Bloody hell!”, they’d guffaw, “the poor girl’s well rid of him! What an obnoxious macho prick!”

To which, in my own defence, I would offer up L. P. Hartley’s famous observation: “The past is a foreign country: they do things differently there.”

If we are to admire, or condemn, artists – as artists – we should do so solely on the basis of whether or not their creations move us towards a deeper understanding of the drama and the mystery of human experience. As individuals, they may be deeply flawed beings. Indeed, deeply flawed individuals and great art have a curious way of feeding off one another. But does that mean that we should burn all of James K. Baxter’s magnificent poetry, because in a private letter to a friend he admits to raping his wife?  Should Beat It and Billie Jean never be played again, because Michael Jackson stands accused of being a pedophile?

That great beauty, and profound insights into what it means to be human, can emerge from such broken vessels surely only makes the miracle of artistic creation all the more extraordinary. The Italian painter, Caravaggio, was a murderer. Does that require us to turn his dark and deeply disturbing paintings to the wall? Or, does knowing that he killed a man allow us to see just that little bit further into the darkness that dwells in us all?

Because the truth of the matter is that no human-being is entirely guiltless. We are all flawed in ways we hope that none of those who know us and love us will ever discover. Artists allow us to expiate our guilt by making visible in words, paintings, drama and music the hidden sources of human distemper. They are society’s antibodies: the ones who make sure that we possess the strength to resist the sins that devoured them.

As I wrote all those years ago:

The road you walked was steady
While the trail I blazed seemed rough
But, girl, the alley always threatens those
Who will not call its bluff.

This essay was originally posted on The Daily Blog of Friday, 8 March 2019.
Posted by Chris Trotter at 07:39

" A prophet is not without honour, but in his own country, and among his own kin, and in his own house."
D J S

I think it was the lamented Vincent who said that as long as the song had nothing to do with the beliefs he was happy with it. Having said that, there are artists who I do my best not to give money to. As science fiction fan I refuse to put money into Orson Scott Card's pocket because of his attitude towards gay people for instance. That's a personal decision, I've no great objection to his books being published, just that I won't buy them.

GS stand not to fund artists of whom he disapproves works for me. It's a private judgement on the artist, not a public censure of the art. In the case of Jackson I can honestly say that I have never spent a cent on him and using the GS approach now never will.

In terms of Jackson's work it would be churlish to dismiss, much touched on genius, and whilst Jackson was central there was a whole crew of supporting artists from choreographers, video makers, to musicians, etc. It was their work too, and in the early 80s the whole world rocked to Thriller and Billie Jean. Had we known then what is purported to have happened between Jackson and children the world might never have seen and heard these genius works. That would in hindsight be a great loss, but protecting children from predators would have been a preferable result. Hopefully we can learn to prevent repetition of abuse of power by other "stars".

Michael Jackson figures in a global culture which makes mortal men and women into demigods. When these false gods no longer serve a purpose, they are symbolically cast into the depths of hell.
The signs that Jackson was a sexual pervert have been there fall all to see for decades. But like the Emperor Nero, who married his slave boy, Jackson remained untouchable for many years beyond his death.
Now the broadcasters, who adulated him for decades, are shrieking curses over his corpse and telling their audiences that they can no longer hear a bar of the music which had been hammered into their ears since Jackson was a boy.
So what is that all about? In a western democracy it is the prerogative of the media to decide what people should be allowed to hear, see, read and know. They normally exercise that prerogative in secret concert with the agencies of state and capital, sometimes shamelessly but often with an inescapable sense of guilt.
The appeal of the Jackson scandal is that it gives them an opportunity to carry out their censorship function openly and while proudly riding a moral high horse, and they have seized that opportunity with both hands.
It does not mean that they intend to expose all the other sexual perverts, war criminals, crooks and fraudsters who proliferate like mould on stale bread in the era of neo-liberal imperialism. The ban on Jackson's music is nothing more than a breathtaking act of hypocrisy from mass media organisations which are corrupt to the core.

Chrisemme, Chris, I got barely into the learner song 'Mall(sic) of Kintyre' before I gave up the guitar. Though it still lurks in an upper cupboard 15 years on. I often imagine singing lateral saline songs on the street but you really need accompaniment. And also, no one would appreciate it here -- the bright leave, and, yes, I'm not leaving out the rich.

Reading about 16th Century Florentine politics -- the half-African Duke Alessandro -- humanness was much more accepted but then again the Catholic Church was corrupt from go to woe. All the same, the Reformation was the birth of Protestant hypocrisy.


The music you judge on it's merits and level of distaste individually. Understandable Israel not keen on Wagner. I think it would be good to address some of the premier Rock musicians' preferences for illegally young sexual partners. Biologically understandable but not right, so we socially condemn it, I think, justly.