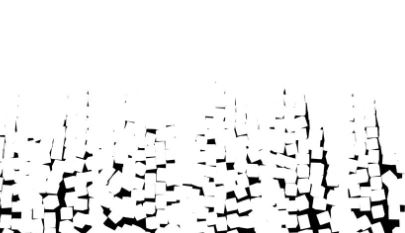 Too Much Of Nothing: In many respects it is the power of a free press to keep history’s images vivid and clear that renders it so important to the life of our democracy. It was the Czech writer, Milan Kundera, who said it best: “The struggle of man against power is the struggle of memory against forgetting.”

THERE WAS A TIME when the risk of losing something fundamental to the health of our democracy was powerfully motivational. Not today. Survey after survey has exposed a worrying disdain for democracy on the part of the young. Would 18-35 year-olds risk their lives, as their grandparents did, for the right to vote; to express themselves freely; to be informed by a free and independent news media? I’m not entirely sure that they would.

In the ears of the young, one of the central pillars of democracy – “Freedom of the Press” – must sound hopelessly old-fashioned: an antique concept from a time when people still read newspapers. That’s an activity their generation has largely given up, along with most other opportunities for absorbing the printed word. But, are these same young people aware that New Zealand’s practitioners of public relations outnumber its journalists by roughly 10-1? It’s entirely possible that those staccato bursts of supposedly factual and objective information, which their devices deliver to them as “news”, is something else altogether.

Do they care? If they knew they were being lied to by people paid twice as much as journalists to present the actions of public and private institutions in the best possible light, they very likely would. To realise they were being lied to, however, they would first have to have acquired a broad general knowledge of the world.

In modern parlance: they would need to possess their own personal Google. This would allow them to identify nonsense when they encountered it. Unfortunately, growing up with the Internet and its miraculous search engines has made the acquisition of general knowledge redundant. Why bother to commit the basic elements of science, art, literature and history to memory when you can just ask “Siri”? Always assuming you know enough to ask Siri the right questions – and that Siri is wise enough to supply you with an extensive selection of answers.

That’s the thing about democracy, and the free and independent news media which, alone, permits it to function. It presupposes an electorate that knows that it does not know; an electorate which is constantly asking questions so that the sum of what it knows can grow; an electorate which is then able to take what it knows and test it against what others claim to know. Without a free press, citizens are at risk of believing what they’re told. Moreover, without the open debate that a free press encourages, those same citizens cannot discover they are wrong.

These are the attributes whose absence allows us to denounce the news media of dictatorships. These latter may boast many newspapers, television networks and radio stations, but because the regime refuses to acknowledge that it does not know everything, the media it controls is blighted by exactly the same certainty. New ideas about how to improve society are denied a platform. Debate is forbidden. Inconvenient facts are over-written with lies deemed more serviceable to the regime’s long-term interests. History fades away, like a polaroid photograph exposed too long to the sun, leaving only a shiny white surface.

In many respects it is the power of a free press to keep history’s images vivid and clear that renders it so important to the life of our democracy. It was the Czech writer, Milan Kundera, who said it best: “The struggle of man against power is the struggle of memory against forgetting.”

But how do we struggle against a regime that does not suppress our memories, but succeeds in convincing us that we have nothing to remember?

Isn’t this the true danger which the Internet poses to democracy? Not that it suppresses information, but that, by declining to test and filter it, as journalists and their editors do, it causes us to be buried beneath its onrushing storm of data? True or False? Useful or Worthless? Important or Trivial? How are we to know? And why, if the data – the information – is entertaining, should we care?

Early last week, a story published in The New York Times revealed that more and more young people are forgetting the Holocaust. “Forty-one percent of Americans, and 66 percent of millennials, cannot say what Auschwitz was.” Gradually, but unmistakably, the polaroid of humanity’s most evil crime is fading.

Gradually, but unmistakably, the Internet’s unrelenting data blizzard is turning everything to white.

This essay was originally published in The Otago Daily Times and The Greymouth Star of Friday, 23 August 2019.
Posted by Chris Trotter at 11:05

Labels: democracy, Freedom of the Press, Media, Millennial Generation, The Holocaust, The Internet

I've been reading James Ball's book – "Post Truth, how Bullshit Conquered the World". Apparently the biggest shaper of news is Facebook, because that's where most people get their news from these days. And if Facebook make a minor change to their algorithms it has repercussions in newsrooms all over the world. Because they have to adapt to what Facebook wants so they can get enough clicks to get enough advertisers to make enough money to survive. It's also where most fake news comes from and gets spread around.
And as for people being deplatformed that's one aspect of capitalism I thoroughly agree with. You should not be able to force an organisation to use its resources to publish something that will cause it to lose money. It's not as if the barriers to entry on the Internet are particularly high. Only your government owes you freedom of speech. If you want to be a Nazi, or slag off migrants or women – start your own damned website. It's not rocket surgery. And given that in any large enough group of people there are bound to be some eejits, you are bound to get an audience. Because the world is a large group of people.

I was always interested in politics, but since my partner bought me this nice little mac my knowledge of world and local affairs has exploded. It's for sure that most people use the net for social chat and entertainment , but it is a fantastic tool for whatever purpose one puts it to.
Newspapers have lost their purpose. The news is old by the time they can be read. The net doesn't pay journalists very well so it is a problem for society to access true news when the news coverage is paid for by people with an interest in having everyone think a certain way.
Just as well we have Chris Trotter.
D J S

I'm afraid you are right. I loved democracy and worked and wrote a little about it in my modest way. I won't be seeing any requiem for a red dawn realised here.

A step in the right direction would be to give 16 year olds the vote (Scotland has recently done this) & have civics studies at High Schools (which we had in the late '60s/early '70s).

Chris,Isn't it a human right for a people to remain an ethnic nation if they so choose (or change at a pace of their choosing)? And isn't it their right to vote for a populist?
https://www.rnz.co.nz/news/political/397572/new-race-relations-commissioner-meng-foon-wants-to-target-hate-speech-phobias-and-isms

Mai Chen - "We have to know our history. If you don't know your history you are bound to repeat it. My understanding is that one of Cook's men just saw a Maori and shot him"

Yes Mai we need to understand our history because there is a movement to spit and polish Maori culture when in fact we saw them in action in the Chathams. They ritually slaughtered about 300 Moriori, separated men , women and children, forbade them to speak their own dialect. Etc. Whatever was wrong with our culture, theirs was decidedly substandard.
https://www.rnz.co.nz/programmes/awkward-conversations/story/2018709852/awkward-conversations-about-race-and-identity-with-dr-wayne-ngata-and-mai-chen