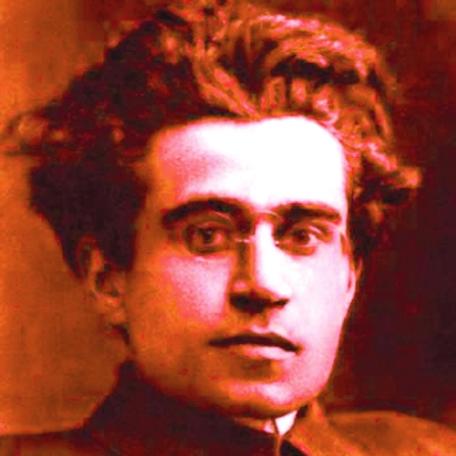 Antonio Gramsci (1891-1937): Gramsci's revolutionary insights into the nature of political authority are dramatically illustrated in the "counter-hegemonic" decision of 220 primary and intermediate school boards of trustees to challenge the "common sense" of the National Government's untested and widely criticised regime of "national standards".
THE MAN was considered so dangerous the Prime Minister had him jailed for 20 years. His crime? Heinous. He’d come up with a new way of explaining things.
The question he’d asked himself was simple. What makes people obey their governments?
On one level, the answer’s straightforward: because if we don’t obey our governments we end up – as he did – in jail.
At a deeper level, however, the answer is much more complex than that. Yes, the state enjoys a monopoly on the legitimate use of physical force. But, if you think about it, an exclusive reliance on force is a very inefficient and ultimately self-defeating way to run a country – just ask the Burmese generals.
A much more efficient way is to persuade people to obey their government voluntarily.
Our man’s great insight was that to secure popular obedience the state requires not only a monopoly on the use of force, but also a monopoly on what the overwhelming majority of the population regard as "common sense".
The man we’re talking about, Italian political theorist, Antonio Gramsci (1891-1937) described this state monopoly on common sense as "hegemonic".
This past week we have witnessed an open challenge to the New Zealand state’s hegemonic control. Two hundred and twenty primary and intermediate school Boards of Trustees (BoTs) have announced their intention to obstruct the Government’s policy of requiring all primary and intermediate schools to implement "national standards" in reading, writing and numeracy.
In what is fast becoming a classic Gramscian confrontation, the 220 BoTs (representing one tenth of the total) are contesting the common sense of the National Government’s policy.
In defence of their position they cite the research of leading educational scholars and point to the superiority of assessment mechanisms already in place. The real experience of teachers and pupils in school classrooms, they say, matches the data of empirical research in contradicting the claims of the Education Minister, Anne Tolley. According to the rebel BoTs, Ms Tolley’s claims are not rational but ideological.
But the Minister is not without ammunition of her own. To the mostly middle-class New Zealanders who support the National Party, requiring the nation’s primary and intermediate schools to focus on ensuring all children are proficient in the "Three Rs" is unquestionably a matter of common sense. To these folk, it is the BoTs and the teaching profession who are behaving "ideologically".
Gramsci would clap his hands in delight. Because the way in which the stand-off between the Government and its opponents is unfolding dramatically illustrates why the concept of "hegemony" embraces not only the struggle between state and citizen, but also the ideological struggle between antagonistic social classes over what exactly constitutes common sense.
The middle class, with its ready access to "cultural capital" (books, computers, overseas travel, family associations with the universities, professions and the arts) enjoys a strong advantage in education systems geared towards competition and ranking.
The working-class, with much less access to cultural capital, relies upon the public education system to make up the experiential deficit between itself and the middle-class. A focus on the process of learning, and on helping each student to master a steadily expanding range of skills, rather than a harshly competitive, pass/fail results-based pedagogy, is thus of much more benefit to working-class families.
That so many BoTs are willing to challenge the National Government’s education policies strongly suggests that it (and its middle-class allies) are losing the hegemonic struggle.
Perhaps the fierce, recession-driven competition for a dwindling number of high-paying jobs (and the social status that goes with them) and the not unrelated exodus of their children to Australia, is persuading more and more middle-class parents that the way New Zealand society is currently configured has very little to do with common sense.
Like Dr Don Brash and his colleagues on the 2025 Task-Force, Ms Tolley appears to be defending a version of common sense that has fewer and fewer adherents. This process of reality overtaking ideology, Gramsci dubbed "counter-hegemonic".
But the steady advance of counter-hegemonic thinking, Gramsci warned, could only end one way: in what he called a "crisis of authority".
Already in the dispute between Ms Tolley and the rebel BoTs we are hearing veiled references to the Ministry of Education’s extensive powers of to "discipline" those schools which refuse to come back into line.
Already, what Gramsci called the "mask of consent" is slipping, and beneath it the metallic gleam of the State’s monopoly on force is clearly visible.
And what happens when the citizens’ new definition of what constitutes common sense is resisted by the iron fist of the State?
Ah well, that is how Gramsci defined revolution. And that is why, at Gramsci’s 1926 trial, Mussolini’s fascist prosecutor told the Court:
"For twenty years we must stop this brain from functioning."
This essay was originally published in The Press of Tuesday, 9 November 2010.
Posted by Chris Trotter at 11:07

Aye, cap'n, trouble 'low decks on HMS Hegemony! Mt Albert, Mining, Lenslide, now Neurotago - and the midships gents and luddles muttering mutiny with Christmas Island in sight! It's them dem mice - an example, man! To the press guns and flog the bennies to an inch of their cursed lives I tells ya, afore it's too late!

It's a bit hard to master a wide range of skills if you cannot read, write or do basic math properly. These are the basic skills that actually enable further learning and are the basis for learning to think logically for oneself.

And Gramsci's brain is channeled here towards what exactly? The perpetuation of an illiterate unhappy peasant class? Wonderful. As long as students can work a gameboy we should be happy?

Lets carry this forward. Would you be happy to be operated on by a surgeon who has done really well focussing on the process of learning? Contented to be represented by a barrister who has been assessed by a few friendly mentors?

Basic literacy and numeracy standards are essential entry points to all fields. There's more at stake than your relevance to the lost ideology of class struggle.

The whole point, Nick, is that basic literary and numeracy aren't achieved through the sort of rote learning that the national standards system have seen reintroduced in countries where it has been trialled like Britain. One might as well teach kids to swim by making them memorise a book about the subject.

Learning, especially for youngsters, is a complex activity involving a wide range of skills, and it can't be measured by crude quantitative tests. National standards will actually lead to a further decline in literacy, because it will mean kids will spend less time on vital but time-consuming and test-unfriendly activities like deep reading, creative writing, structured group discussion, and structured play. Instead, they'll be force-fed decontextualised equations and words which they won't be able to use properly. National standards really is the ideology of the philistine bourgeoisie of the twenty-first century, which wants to put a crude measurement and financial value on everything.

On a different note: you might be interested, Chris, in the new two-volume biography of EP Thompson's old mate Hamish Henderson recently published by Timothy Neat. Henderson was an extraordinary character, who picked up Italian while serving as some sort of British intelligence officer with the Italian partisans during World War Two. Later he became a folk-song collector, documentor of Maypole rituals, cataloguer of the music of Scotland's Tinker community, scholar of the ancient secret Society of the Horseman, Scottish nationalist, and first English translator of Gramsci. The Communist Party was all set to bring out the Prison Notebooks in English in the late '40s, but then welched on the deal, perhaps because the text seemed too political incorrect. Thompson published a little bit of Henderson's translation in the journal he founded after splitting with the CP in '56: that was the first time Gramsci made it into English...

Chris, I would like you to reconsider the ban on my posts. I have read the Bowalley road rules and agree that you should not have to put up with offensive comments. I apologise for submitting off hand arrogant posts.
I think the blog, Idle fellow has banned me also.
If reinstated I will pursue constructive comment.

You stretch the bow too far on this. The very skills the so called hegemonic middle-class are trying to improve here (through whatever means), are the key ones that are needed to help the failing demographic - which isn't a middle class one.

And you seem to ignore the fact that the testing already happens - it is simply a change in reporting. The manner in which things are taught are not intended to be affected by National Standards (although it could be argued that it would be insidiously due to teachers self-interest).

There are many examples of teachers succeeding in this environment, and the best of which do so by engaging their students in active learning - not the rote-learning that you predict. We only know that their methods are successful because test data provides something to benchmark their performance against... go figure.

"...The very skills the so called hegemonic middle-class are trying to improve here (through whatever means), are the key ones that are needed to help the failing demographic - which isn't a middle class one..."