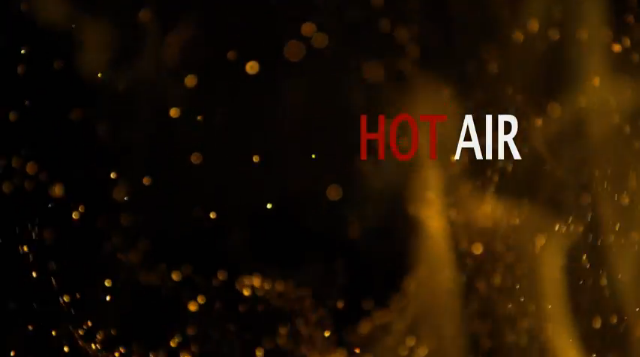 Watch It And Weep: Alister Barry's Hot Air documents the losing battle, waged since 1990, between the politicians of good-will from both sides of the House who attempted to do something to mitigate the effects of climate change and the ruthless representatives of New Zealand's largest industries who opposed them.


IF YOU SEE only one film in the 2014 NZ International Film Festival see Alister Barry's feature-length documentary, Hot Air.
This chilling exposé of the strategy and tactics adopted by New Zealand's largest industries to ensure that no effective action to combat climate change is ever undertaken in this country should be viewed by every voter.
Hot Air constitutes one of the most persuasive arguments for radical, ruthless and rapid policy implementation on behalf of people and planet I have ever encountered.
The documentary proves conclusively that if a government opts for “business as usual” politics, then it is “business” that usually always wins.
Hot Air screens on the following dates at the following locations:
AUCKLAND
Friday 1 August  1:00 p.m.  Sky City Cinema
Saturday 2 August  3:30 p.m. Sky City Cinema
WELLINGTON
Thursday 31 July  6:15 p.m.  Paramount Cinema (World Premiere)
Wednesday 6 August 11.00 a.m.  Paramount Cinema
DUNEDIN
Friday  8 August  1:00 pm  Rialto
Sunday 10 August  1:15pm  Rialto
CHRISTCHURCH
Monday  11 Aug  6.00pm  Hoyts Northlands 3
Tuesday  12 August 11.00am  Hoyts Northlands 3
DO NOT MISS IT!
This posting is exclusive to the Bowalley Road blogsite.
Posted by Chris Trotter at 15:46

Chris Trotter, admit: immigration is Holy Writ on the left.
There is no truly green population in modern economies other than the Amish and even modestly green people will be emitting lots of CO2. It is time for the left to confront the fact that people are the problem.

What on earth are you trying to say - apart from "to be taken seriously as a proponent of actions designed to combat global warming you first have to revert to the technology of the Middle Ages" - and do you really expect such a ridiculous position to be taken seriously?

Of course, you could be trying to tell us that the planet can only be saved by eliminating the human species - but that would be even worse!

Ha! jh has a hammer, so all issues must be nails.

Arguing in favour of immigration is by implication arguing that we are better off with a larger population (and by implication) a bigger economy. Every time a group opposes mining or a dam the proponents talk jobs and incomes. So while Eugenie Sage is opposing the Central Plains irrigation scheme Keith Locke had been saying "anti immigration has no place in the Green party".
You might argue that it doesn't matter on a world scale (more people here is less people there), but what is being argued most often is that we are in a better state by having more people here (or U.K, Australia, Canada). Evidence to the contrary (Savings Working Group, Treasury, Reserve Bank) is ignored by the left-wing (or pro business) media.
What is being overlooked is showing how one nation should behave (regional sustainability). A social justice paradigm dominates an ecological paradigm. In Professor Kenneth Cumberland's 1970's TV Series Landmarks he describes Christchurch as a "distribution center for the farmland on the Canterbury Plain and similarly Auckland (Waikato) and Dunedin. Now Auckland like Melbourne grows on growth. When the growth stops people still need to produce goods and services as a means of exchange. While we talk about "green jobs" and "green economy" those jobs and that economy doesn't yet exist.

Ha! jh has a hammer, so all issues must be nails.
.....
National is like that:
"In considering the case for large positive effects of migration, this paper explores the possible roles of factor price equalisation, different migrant characteristics, capital
utilisation, scale and agglomeration, and international connectedness, and the scope for
migration to mitigate population ageing and generate positive fiscal impacts. The balance
of evidence suggests that none of these elements presently generate large positive impacts,[after 20 years of high population growth] although it is possible that the effects of international connectedness and scale and agglomeration operate with long lags. The only likely future source of large positive
effects is the *possibility* that greater scale and agglomeration, coupled with migrant diversity, *could* lead to increased innovation. "
Executive summary Treasury Paper 14-10.
"In BNZ Chief Economist Tony Alexander's weekly overview, Auckland house prices are set to move upwards nicely. Here are his 19 reasons why:
3. The government is explicitly aiming to grow Auckland’s population as a means of achieving “agglomeration” benefits for economic growth which accrue from high interaction amongst economic players.
http://www.davidwhitburn.com/blogs/auckland-house-prices-to-rise-over-10-in-2013/

are you impressed anonymous?

Not at all. How then should NZ and the world combat climate change?