Is Barry Coates Serious? Are The Greens Really Willing To Trigger A Second Election Before Christmas? 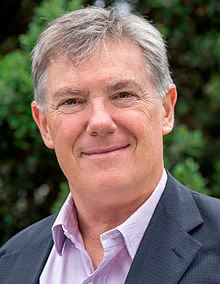 Why would the electorate blame the Green Party? Presumably much of the blame would have to go to Labour and/or NZ First for excluding the Greens in the first place: after all a Labour/NZ First government would have to be a minority government.


The Greens are emboldened by Corbyn's success and with the Media Party (Jesse Mulligan, The Project, Spinoff, The Nation) on their side think this is it. They are even using Corbyn's slogan "For The Many. Not The Few". Corbyn appears to have been successful thanks to young people around universities, use of social media, but also migrants (according to the Telegraph) - a failure of (involuntary) multiculturalism.

One thing I notice is that sentiment might be turning amongst the European liberals. A senior European Official has admitted they underestimated the scale of the great migrations and Macron commented that Africans ought to control their family size. Of course, the Greens would be the last to notice.

Scary that NZ First has to

From my point of view as a member of the white working class [Red-neck Pakeha] NZ is about high IQ and well off versus low IQ and struggling. Low IQ doesn't get a democratic agenda, it has to eat what high IQ serves up.

Being working class is like being a little boat with a sub $20/hr motor. Your little paddles are turning furiously against a giant ocean swell.

Hope is gone: where is the John McKenzie and his inheritance tax that let the "little man settle on the land".
Once you could afford a shack at Sparling Waters bay- now advertised on Bayley's Hong Kong website?
Where is opportunity now for the New Zealander: become a "tradie" and build houses for migrants? Drive a bus for tourist? Carry suitcases? Make coffee? That is the reality of "For the Many Not the Few" in a country whose resources and potentials are fully utilised.

The Greens lack the mongrel to be in government.

This co-leader bullshit is piss weak.

Touchy feely junk doesn't cut it when tough unpopular decisions have to be made.

So much for Shaw's 'business' background. He's a feather duster like the rest of the Greens.

Funny, most polls say that roughly 2/3 of the under 40s voted Labour. I'd be surprised if they were all at university somehow.

"Macron commented that Africans ought to control their family size."

Nice try, but it's your man Trump and the French colonialists who established the Catholic Church all over Francophone Africa that have partially at least, stopped Africans from limiting their families. That and poverty.

More distraction from the Greens. At least the Maori Party have a good idea with "IwiRail". This is Labour and NZF territory and my question is why have we not heard more from Labour on rail leading up to this election. The current roading problems around the country should be enough to get mass public support back for rail in tourism and goods transport.

I see that Shaw rapidly got into the act to disown Coates' claims.
Did Meteria Turei say anything at all? After all what Coates has said is very close to the sentiments that Turei herself expressed in her speech to the Green Party Conference, aren't they?
I can't find it on-line unfortunately to check her exact wording.

the Greens and Labour are a dogs breakfast, they regurgitate over each other for the MOU bollocks of unity.
Little,s, I did not know about the extent of the foreign intern scheme, 'ya right'.
Metiria, I've had a few wine's.
Shaw, I believe in talking circles.
What a F mess.

Given that the Labour-Greens MoU has no standing beyond midnight on the 23rd, does any of this really matter? My guess is that, sometime on the morning of the 24th, one party or another is going to be very disappointed. I suspect that Labour’s current poor showing in the polls may owe something to its association with the Greens – and I’m ‘green’ (with a lower-case g) to the core, but I still wouldn’t want the cap-G Greens running a whelk stall (as my granny would have said).

The Greens have just about lost Labour the coming election now. I told you they were poison.
Their race obsessed female leader has not retracted her statement that a coalition gov involving NZF is unacceptable so Shaw will be screaming at her too. Shows a split in their ranks.
Labour should dump them right away.
But it is probably too late now and NZF are likely to go with National in any case. Winnie will get on with English and Bennett perfectly well whereas I cannot imagine him even sitting in the same room as the two holier than thou greenies.
The only chance for Labour is if them plus either G or NZF makes 51. Unlikely.

The Greens have been passed over once too often by Labour. Itś time to say ¨enough is is enough: if we are not at the table after the next election then no C&S agreement¨; and that means another three years of National, then, instead of apologising, make it clear that the same thing will happen in 2020 unless Labour comes to their senses. If the Greens really believe in what they stand for then they owe it to themselves, and to the nation, to get into government, even if they have to tread, nay stamp, on a few toes to get there.

My goodness Chris, love the storm in a tea cup. Winny is a shit bag, and good on the Greens for having a spine for a change. Who wants more of the beige brigade social conservatism of NZ1? Seriously can the guys in that party not act fast enough to shaft women? Oops my bad wanting equality means opening the door to be labeled 'identity politics'.

I get that nz1 may not be liberal's economically, but they not exactly bastions of free thought, and on the whole oppose socialism. And quite frankly, I'm sick to death of the xenophobia they push. Mind you it would appear labour are not much better, with their Ukip inspired immigration policy.

As I said, happy to see the Greens get a back bone.Funny Chris, I thought you would have liked that too, or have you been sucked into the beige revolution as well?

Lots of assumptions here. Firstly that the electorate wouldn't want an early election and Green voters, in particular, would hate an early election so much that they would vote Labour (who had just shafted the Greens) instead. Why wouldn't Labour voters who would prefer a Labour-Green government to a Labour-Winston-Peters government switch to voting Green and punish Andrew Little, meanwhile Green voters stay loyal to the Greens? Do Kiwis hate democracy so much that they would vote irrationally if they had to vote twice in one year?

Secondly, given your scenario requires Greens, Labour, and NZ First to vote down a potential National government I don't see why the voters would see that as a Green move surely all 3 parties would cop the blame. Winston could be especially blamed because firstly he kept the Greens out of power and then secondly he refused to work with National -- two actions designed to reduce the odds of forming a government. If Winston could do it without voting against National then he might gain from the situation but I can't see how that could happen.

If National had enough seats to vote down a Labour-NZ-First government while the Greens abstained then it is odd that the Governer General didn't ask Bill English to form a government before asking Andrew Little.