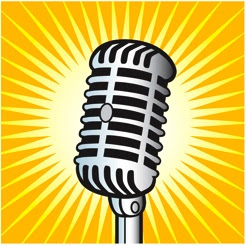 Tory eyes on the prize: Jonathan Coleman's blatant menacing of the Radio New Zealand Board threatens to destroy this country's last bastion of journalistic independence.
JONATHAN COLEMAN’S threat to sack the Radio NZ Board if it fails to demonstrate a "change of mindset" is the worst example of direct political interference in public broadcasting since the early 1990s. By deliberately withholding desperately needed funding, Coleman hopes to force the Board into a restructuring exercise so severe that the last bastion of public service broadcasting will be rendered incapable of fulfilling its charter.
That Charter is now the only thing staving-off a wholesale decline in the quality and scope of New Zealand journalism. While it remains, private sector broadcasters must at least pretend to compete with the public broadcaster’s large staff of well-trained and reasonably well-remunerated news and current affairs reporters.
From the point of view of the private radio networks this commitment to quality broadcast journalism is an unwarranted – and extremely costly – imposition. The need to maintain an effective news-gathering service cuts deeply into the networks’ profit margins – already squeezed by the recession. Private broadcasters would, therefore, like nothing more than to eliminate their own newrooms and purchase what meager news coverage they felt obliged to provide from the State – at heavily subsidised rates.
Hence Coleman’s demand for a change of mindset. What he hopes to pressure the Radio New Zealand Board into implementing is a restructuring of its news and current affairs operation along the lines outlined above. By shifting its reporters into a commercially-oriented, stand alone division, the public network will be able to sell its journalistic "products" to the private sector.
Those products would, of course, have to be tailored to the intellectual and cultural level of the average commercial radio listener. The more sophisticated – and critical – reporting currently on offer from Radio New Zealand-National and the Concert Programme is entirely unsuited to the private networks’ audiences.
Since the Government clearly has no intention of increasing the public broadcaster’s funding, the end result of such a restructuring exercise would be the diffusion across the whole country of a uniform news and current affairs product, pitched at a very low intellectual level and utterly devoid of challenging or critical content.
The potential for the creation of a near-totalitarian regime of political and cultural censorship is distressingly plain. The private sector – which would now be supplying a large chunk of Radio New Zealand’s revenue – would have no interest in purchasing journalistic product critical of either the Government or of the prevailing neoliberal order it serves.
If the beleaguered Board still believes in Radio New Zealand’s Charter and the public service values enshrined in it, then it will instruct its employees to make the ramifications of Coleman’s political interference crystal clear to its listeners. If that results in the Minister "moving them on" then so be it. At least the Government will be forced to pursue its political objectives in the bright sunlight of public scrutiny.
Forcing Coleman’s hand would also instantly delegitimise the sacked Board’s successors – who would never be regarded as anything other than political puppets, hand-picked to destroy New Zealand’s sole remaining chartered public broadcaster.
Will Radio New Zealand’s listeners feel sufficiently outraged by Coleman’s plans to mount the sort of public campaign that rescued the public broadcaster from an earlier National Government? I’d like to think so. Intelligent right-wingers – no less than intelligent leftists – draw immense benefit from intelligent independent reporting. A bland, dumbed-down, politically-uncritical news and current-affairs service is of no more use to National than it is to Labour.
All that will be achieved by modeling our news broadcasts on Fox-News is that when, inevitably, political and economic disaster strikes, it will do so without warning, and neither the politicians nor the public will have the slightest chance of taking evasive action.
If the King in Hans Christian Andersen’s famous tale had been informed not only by a private radio network, slavishly broadcasting the opinions it thought he wanted to hear, but also a public network, committed to telling him the truth, I wonder - would he have paraded himself butt-naked in front of his startled subjects?
Posted by Chris Trotter at 15:55

Ten years after we all heaved a huge sigh of relief at seeing the back of the petty, narrow minded and spiteful philistines of Jenny Shipley, they are back as if the last ten years never happened.

Yes, Sanctuary, it's depressing. Perhaps the best symbol of this provincial and, I would add, suburban, philistinism is "The Listener", which, in its current guise, might best be characterised as "small minds looking at large things". The results - like the consequences of this Government's small-minded policies - are as unhelpful as they are unenlightening.

This attack on RNZ reveals National's fundamental lack of confidence in the acceptability of its ideas, and this is as true now as in Shipley's time. The intuition seems to be that the only way to make these ideas acceptable is to close down or sideline not only all alternatives, but all avenues of possible questioning.

I have said this before on the Standard, but the Fox syndrome afflicting much of the media has the stange effect of making all actual thought seem left wing to many people.

That is so true, Olwyn! And, in a strange way, the people who react in this way are correct. Rational thought can give rise to critical analysis, and critical analysis all-too-often does lead to the active pursuit of social change, which, when its not geared to achieveing reactionary objectives, is quite frequently "left-wing" in its orientation.

Actual thought looking left wing. i like that. Its what we see in the states, social(ist) propaganda. Ha ha Galileo I like your styles mr Trotter. Ive nicked a wee bit of your article for my blog. I write letters and try and get my friends to send as many of them as possible. Good god i hope we all start getting interested. I also linked this article to the facebook page 'save radio nz' Stay cool daddy o. LL