Blood On The Coal

A Disaster Waiting To Happen: Why was it that for nine years the party in power, a party with its roots in the coal mines of the West Coast, failed to introduce the "belt and braces" safety regulations so crucial to a modern mining industry? Why was Labour, of all parties, so slow to repair the deregulatory damage inflicted upon the industry by the National Party in the early 1990s?
IT WAS A SPARK igniting lethal levels of methane gas that killed the twenty-nine Pike River miners. But, as the grim report of the Royal Commission on the Pike River Coal Mine Tragedy makes clear, the immediate cause of the disaster is of less interest than the manifold failures which allowed the spark and the gas to meet.
Other New Zealanders will write about the failure of the Pike River Coal Company to adequately care for its employees’ safety. Much will be said about the bureaucratic failings of the Department of Labour. There will be critical scrutiny of the National Government’s decision to disband the Mine Inspectorate.
But the name of this column is ‘From the Left’, so my focus will be on the party of the workers; the party whose founders came from the West Coast pits around Blackball; the party of the coal miners’ trade unions; the party which for nine long years did nothing to prevent the tragedy which, in such a criminally deregulated environment, was only ever a matter of time.
Labour took control of New Zealand’s state apparatus on 27 November 1999 and relinquished it on 8 November 2008. During that time three Labour MPs held the Labour portfolio: Margaret Wilson (1999-2004); Ruth Dyson (2005-07); and Trevor Mallard (2007-08).
All three of these politicians came into Parliament with strong left-wing credentials. And all of them, I’m sure, wanted to do only good things for the people they represented. How, then, are we to explain their inaction? Their failure to impose a state-of-the-art health-and-safety regulatory regime on New Zealand’s coal-mining industry?
Throughout the nineteenth century, the dangers facing workers underground, and the disasters which so regularly took their lives, provided a powerful moral impetus for labour movements all over the world – including New Zealand’s. In 2007 workers’ safety campaigner, Hazel Armstrong, wrote: “The 1890s’ West Coast coalfields have been evocatively described as a ‘slough of despond’. They were notoriously hazardous working environments: ‘There’s always blood on the coal’, miners said.” It’s why the story of Paddy Webb’s 1908 fight for the Blackball miners’ rights became as ingrained as coal-dust in the political memory of Labour Party people. How could three successive Labour Ministers have forgotten so much? 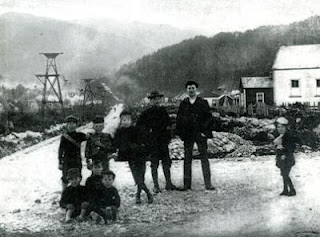 Roots: The Labour Party traces its origins to the bitter industrial struggles of West Coast coal miners in the early years of the 20th Century.
The late Bruce Jesson offers a plausible explanation in his 1999 book Only Their Purpose Is Mad: “Somehow or other, the politicians … had been persuaded that politics is an irrational and harmful activity. This followed from the firmly held Treasury belief that the marketplace is the source of rational behaviour ….. It is assumed that politicians will always bring an irrational influence to bear on events, not just because they are irrational, but simply because they come from outside the marketplace.”
This became an article of faith for the “Rogernomes” of the fourth Labour Government, and in spite of the many ideological and electoral challenges of the 1990s (not least from the Alliance and NZ First) it remained the core assumption of most members of Helen Clark’s cabinet. There was no appetite in the Clark-led Labour Government for a return to the so-called “heavy-handed” regulations of the past. As the source of rational behaviour, the market was still considered uniquely capable of regulating itself. Tragically, it has taken the Pike River disaster to expose the fatal falsity of that belief.
Following the Royal Commission Report’s release, Labour leader, David Shearer, was asked if he thought the deregulatory pendulum had swung too far. Mr Shearer responded by saying that “the government needs to be much more hands on than it has been”.
It is to be hoped that these words reflect a genuine change of heart on Labour’s part, and that the next time they’re in office, Labour politicians will not hesitate to prevent the private sector’s “drive for production” (and profits) from pushing workers’ rights to effective workplace protection off the agenda.
Because if there’s “blood on the coal” at Pike River – Labour helped to put it there.
This essay was originally published in The Dominion Post, The Waikato Times, The Taranaki Daily News, The Timaru Herald, The Otago Daily Times and The Greymouth Star of Friday, 9 November 2012.
Posted by Chris Trotter at 09:20

The market is in fact the irrational factor. Politicians are supremely rational by contrast. If they think is going to lose them votes – it's canned.