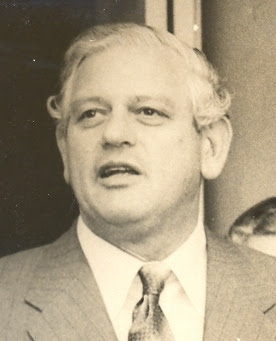 Big Norm: Haunted by memories of the material and spiritual poverty which characterised the dead-end streets of the working-class Christchurch suburb of Linwood, where he was raised during the 1930s, Norman Kirk devoted his life to breaking the chains of socio-economic deprivation in New Zealand.
DAVID GRANT is one of those dogged miners of the past whose unceasing efforts are occasionally rewarded with an historical gem. Last Saturday, at a Fabian Society seminar entitled “The Kirk Legacy”, he shared one of them with the world.
Asked to present a paper on the early life of the Labour Party leader and prime minister, Norman Kirk (whose government was elected forty years ago this month) Mr Grant read aloud a short passage Kirk had written for an unfinished autobiography.
The 150-strong Auckland audience was astonished. Not simply because Kirk’s stark prose bears comparison with Hemingway and Steinbeck, but also for the glimpse his words offered into the mind of a working-class New Zealander recalling life in the Christchurch suburb of Linwood during the lean years of the 1930s.
In Kirk’s description of the short street where he lived one hears not just compassion but also a barely suppressed anger at its inhabitants’ truncated lives. Obvious, too, is Kirk’s desperation to escape the limiting effects of its material and spiritual poverty.
For Kirk was a highly intelligent man with a rare hunger for knowledge of every kind. In later life he would refer to his favourite books as “my patient friends”. That drab Linwood street, which had swallowed the lives of so many of his neighbours, would not claim him. But, equally, Linwood would never relinquish its hold over his imagination. It’s no exaggeration to say his life was dedicated to breaking Labour’s people out of such working-class prisons.
Perhaps this is what working-class New Zealanders sensed and loved about the man. That here before them was an emancipator; someone who had seen the size and richness of the world from which they were excluded. A political leader determined to win them entry.
So many of the contemporary Left romanticise poverty, imbuing it with mysterious moral power. Kirk despised such nonsense. In the brief passage Mr Grant read out (sorry, but you’ll have to wait for his book) this son of the Great Depression makes it very clear that there is nothing noble or pure about the experience of poverty – quite the opposite, in fact. Poverty deadens. It lowers horizons and empties its victims’ lives of hope. Poverty is the thief of dreams; the robber of dignity; an affront to the conscience. For Kirk, to be poor was to be trapped and shackled: forced to live on a dead-end street.
Another important contributor to the “Kirk Legacy” seminar was the political journalist, Colin James. Describing Kirk as “a political pivot between two eras”, he painted him as the harbinger of the big changes that would follow the election of the fourth Labour government in 1984.
It is certainly possible to see in Kirk’s dispatch of the frigate HMNZS Otago to observe the French atmospheric nuclear tests at Mururoa, and in his cancellation of the 1973 Springbok Tour, clear anticipations of the tumultuous and nationally defining moments of the 1980s. But it is wrong, I believe, to mould his features into some sort of crude Janus mask: one half smiling benignly on what Mr James calls “the apogee of social democracy” in the early-1970s; the other staring with prophetic intensity towards the brave new world of open minds – and markets – just beyond the decade’s horizon.
As Margaret Hayward, Kirk’s private secretary (and another contributor to the day-long seminar) revealed in her invaluable book Diary of the Kirk Years “Mr K” feared laissez-faire capitalism more than any other ideology. In his last speech to the Labour Party conference, writes Hayward, he warned delegates against too much social liberalism.
The permissive society, he said, was “just another way of saying ‘I can do what I like’ That would include not just the right to use marijuana but the right to exploit, to speculate, to put monetary gain above social duty.
“Some customs and laws might well have become irrelevant through the passage of time, but the permissive society, carried to its logical end, meant there was no law. ‘And if there is no law, the freedom of the permissive society is a trap and a prison for the weak in society.’”
Those Linwood memories never left him.
The great irony of the past forty years, of course, is that as our personal lives have become increasingly unconfined, our political options have narrowed dramatically.
Saturday’s seminar rose as one to welcome Sir Owen Woodhouse – principle architect of New Zealand’s world-beating system of accident compensation. But what chance would such a socially progressive scheme have in 2012? Who, today, would dare promote Kirk’s “Ohu” – communes on Crown Land!
Norman Kirk was a pivot, yes, but the turn that followed his tragic death in 1974 was from expansiveness towards constriction; from equality towards inequality; from the light towards the darkness.
Down a dead-end street.
This essay was originally published in The Press of Tuesday, 6 November 2012.
Posted by Chris Trotter at 09:00

Kirk’s description of his Christchurch home (and an account of how and why he wrote it) can be found in Hayward’s Diary of the Kirk Years in the entry for 15 June, 1972. Hayward’s book begins with a disclaimer from the publisher that her book was much constrained by the defamation law – is there any hope, with the passing of time and changes in the law, that she will ever revisit her work?

Bugger! I wish I'd known that - I'd have quoted it in the piece.

"So many of the contemporary Left romanticise poverty, imbuing it with mysterious moral power."

Who? In my opinion they romanticise Maori far more than they do poverty.

I remember the frigate that they sent to Mururoa Atoll. They sent Fraser Coleman, I suspect because they considered him expendable. He was probably the last MP to send his kids to the local high school. I somehow doubt that even Labour MPs these days would send their kids to a decile three school. Had every respect for him.

I am very interested in Kirks views on social liberalism and its dangers. I had some heated "debates" on TheStandard about what was most important to the "left" recently, issues of poverty etc versus issues of liberal freedoms? The way Kirk put it encapsulates exactly what my gut feeling was telling me, that the Labour Party is now the home of social liberalism first and foremost. They are proponents for hungry children true, but also as hungry children with "rights" to all the liberal freedoms so long as they don't starve to death prior.

Life in the Linwood street was a lot better than what the left has to offer today with it's blindness to the housing problem; on Radio NZ's insight we are warned "not to go into the future looking at the past". So Norm's house with vege garden in Linwood will be a scrappy/crappy apartment because we can't say no to immigration.

I recently purchased a second hand copy of the an early 1973 edition of Time with Whitlam on the cover. The issue three main features where on Whitlam, Kirk and Allende. While superficially sympathetic they were in fact being pinned up as the tree southern hemisphere leftist troublemakers.
All subsuquent reports suggest the Whitlams protests and letters protesting Operation Linebaker were meant with incensed rage by Nixon and Kissenger. This was largely confirmed at various hearings by TWA spy Christopher Boyce. In terms of Allende it was Nixon and Kissenger who were rightly determined to remove him rather than the CIA>. Interestingly Nixon and Kissenger both believed Eisenhower had been very wrong to disrupt the British invasion of Egypt in 1956. Kissinger believed it should have been strongly supported.
Both Kirk and his chief foreign affairs adviser Frank Corner strongly opposed and protested Operation Linebacker- but probably fortunately for NZ and Kirk it largely passed under the white house radar.
Corner had been shaping Kirk for a new independent leadership role in the South Pacific and must be viewed as the author of many of the new independent international inititatives of the KIrk government. In the years prior to the 1972 election Frank Corner had been grooming Kirk for his role as PM with support which was regarded as Treason by many Holyoake governmnet ministers.
As a junior foreign affairs officer < Frank Corner travelled to London to investigate the emerging Middle East crisis and what role the largely NZ cruiser HMNZS Royalist was to play in it. While Holland had told Eden that Britain could use it any way they wanted as long as it didn't become a issue in NZ, Corner found out information and contacts that led to Holland demanding the ship be officially withdrawn from the conflict ( at least in terms of firingits guns) one day into the invasion.
All this did not go unnoticed in Washington in 73.

Operation Linebacker which Whitlam and Kirk protested in late 1972 was a naked unleashing of power and ferocity which stopped North Vietnam for two years and was sufficiently violent that even Jane Fonda's performance had a certain moral integrity. Today the US is not remotely capable of such a conventional strike. The B-52s hit the dykes and Hanoi with unrestrained power and targeting and the USNs last gun cruisers USS Newport News, Providence City and Oklahoma city smashed Hanoi and Haipong with more firepower than even the New Jersey would be capable of it. This ferocity by Nixon is partly why the Archie Bunkers reelected Nixon but was a constituency that even Romney and Fox were too civilised to attempt to raise.