Perfect Harmony: How many Labour Party MPs (especially those in David Shearer's camp) look wistfully at the Chinese Communist Party's five-yearly congress, where all the delegates are hand-picked and the results of every ballot pre-determined?
AND STILL WE WAIT. The Eighteenth Congress of the Communist Party of China has been and gone and yet, at the time of writing, the world still doesn’t know the identities of the dozen or so men and women who will govern China for the next five years.
The manner of choosing the ruling “Standing Committee” of the CPC’s “Political Bureau” is nothing if not carefully managed. The Congress’s roughly two thousand delegates are more-or-less hand-picked by a special party commission. Its task made easier by the fact that these potentially unruly comrades are only summoned once every five years. That’s a long time between drinks to the Party’s unconquerable unity, but it does ensure that the outcome of just about every vote is known long before it is taken.
How many, I wonder, in Labour’s lacklustre caucus have gazed wistfully at the CPC’s meticulously stage-managed “democracy” and wondered how it might be imposed on their own increasingly restless rank-and-file?
Especially this weekend, when said rank-and-file show every sign of reclaiming their party from a caucus whose use-by date – collectively-speaking – expired a couple of elections ago.
Most New Zealanders will not be much bothered. Such media coverage as the event attracts will focus almost exclusively on the real or imagined threats to David Shearer’s leadership. If we are lucky it may also feature a few excerpts from the “make or break” speech he is scheduled to deliver on Sunday afternoon. The likely consensus of the assembled scribes? That “Shearer is safe” – at least until February 2013.
It was not always so. Forty years ago our single public broadcaster would park an outside broadcast van outside the Wellington Town Hall and deliver roughly twenty minutes of live interviews, commentaries, and recorded highlights of proceedings, each day the conference was in session. The usually three-day conferences of Labour and National would, therefore, receive an hour of television coverage.
That’s because, forty years ago, party conferences mattered. New Zealand boasted the highest level of political participation in the Western World. One in four of the population was enrolled in one of three major parties: Labour, National and Social Credit. National, under Rob Muldoon boasted a membership of close to a quarter-of-a-million. Labour in 1984 had a branch membership of 85,000.
Party conferences were, therefore, events of genuine democratic significance. The policy remits of rank-and-file members alerted the electorate to how a very large number of their friends and neighbours were thinking – and were seriously debated. Mass party memberships also made it extremely difficult for National and Labour MPs to stray very far from their party’s principles.
That is why the successful implementation of “Rogernomics” ultimately required Labour’s destruction as a mass political organisation. Had upwards of 60,000 members not voted with their feet between 1985 and 1990; and had the remaining dissidents not decamped with Jim Anderton to form the NewLabour Party; such a treacherous mix of economic and social policies could never have endured.
And it is here that we come to the nub of Labour’s present difficulties. If it expands and democratises itself, the party’s incomplete (and, therefore, insincere) repudiation of neoliberalism will not be permitted to stand.
Helen Clark understood this very well, which is why she imposed a level of discipline on Labour that would have made the CPC blanche. Ms Clark’s caucus removed the formation of policy from party hands. For the fifteen long years of her domination, most of the senior positions in the party were filled by “elections” that were effectively uncontested. In 2008, her reign over, she was permitted, in classic CPC style, to nominate and install her own successor. 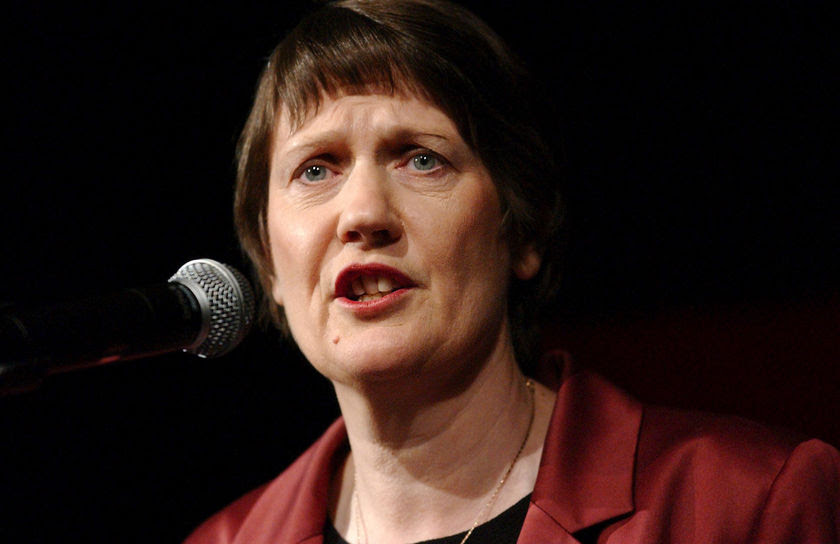 Apres Moi, Le Deluge: Helen Clark preserved Labour as a political force, but only by imposing an iron discipline upon its members and eliminating as many opportunities for dissent as possible.
This is the legacy that Labour’s rank-and-file members are gathering at Auckland’s Ellerslie Convention Centre this weekend to either decisively repudiate or, fatally, extend. If they seize the right to choose (and dismiss) their own party leader; to determine and enforce their own policy platform; and, by reaching out to their fellow citizens with genuine people-first-money-second policies, to rebuild a mass political organisation; then Labour will survive and prosper.
If they bow to the demands (no matter how silkily presented) of Labour’s parliamentary caucus, then the party’s long and increasingly dysfunctional descent into electoral disconnection and political irrelevance will continue.
The world has to wait for the CPC. New Zealand will not wait for Labour.
This essay was originally published in The Waikato Times, The Taranaki Daily News, The Timaru Herald, The Otago Daily Times and The Greymouth Star of Friday, 16 November 2012.
Posted by Chris Trotter at 08:06

Spot on. I remember going to the Party Conference (or had they changed the name to "Congress"?) sometime in the mid-1990s to hear relatively new leader Helen Clark, and coming away thinking that the conference had degenerated into a completely stage-managed show for the cameras. I had thought the first NZLP conference I attended (ChCh, 1978, I think) was stage-managed by Party President Arthur Faulkner, but that was more gentle manipulation by comparison with Clark's regime. (My response to Faulkner may have been conditioned by close reading of H.S. Thompson's account of the 1972 Democratic Party Convention.)

Trouble is, Labour haven't moved on from the loss of the 2008 election. Bickering, infighting, endless talks of coups. No wonder Key is laughing all the way to the bank.

Chris, do you have any faith in Shearer to lead the party forward?

There will be plenty of bluster and little movement at the Conference, but take heart--the feet of those who will carry them out are already at the door.

I get the feeling that everybody interested in New Zealand politics are metaphorically holding their breathe. Do we get leadership? Do we get a real opposition? Will this cause the government to take real action? Will Shearer prove himself to be competent and therefor a genuine contender in the next election. Or will he be replaced?

Many of our problems have been well examined and the needed actions are well known. Take housing, BNZ's Andrew Thorburn describes how it is leadership that we need. http://www.interest.co.nz/kiwisaver/62066/bnzs-andrew-thorburn-hits-out-fundamental-anomalies-tax-system-favour-residential-pr

Labour (and the rest of the left-wing) are irrelevant *already*.

The list of Labour remits that I saw could have been put forward in North Korea.
"Ban this, tax that, spend, spend, spend..."

Imagine how absurd it would be to see Labour in an election campaign promising to be "fiscally responsible".

It would be like seeing Jack the Ripper promising to "look after your kids."

The irony is that the Nats here could learn a thing or two from "Labour" in the UK, who are bringing in "back to basics" education and getting tough on welfare - much *more* so than the Nats are here.

That (and National's stubborn refusal to axe the blatant Labour election bribe "Working for Families") shows how far to the left National has drifted.

Well Chris, the Labour Party membership did take the Party back yesterday! In February next year and after every Election, the Caucus will have a vote to endorse the Leader. Unless that Leader can win 60% endorsement by the Caucus, the vote will go out to the entire Party -- Caucus, the membership and the affiliates -- on a 40%, 40%, 20% basis. What made me so proud of yesterday's debate was that those arguing for the members' right to have a say in who shall be their Leader all argued for that principle (democracy for the people), not to diss Shearer. Unfortunately those arguing for a trigger that could have blocked the members getting a vote, accused the democrats of ulterior motives. And in the back rooms, they bullied and cajolled, but to no avail. Today we vote on a progressive policy platform that all MPs and other elected Labour people will be bound by. It thoroughly repudiates the legacy of the 1980s and returns Labour to its social democratic roots. It is a Policy Platform for "our people" devleoped by the people.

The trouble is no-one can hold their breath indefinitely. Absurdity is being piled on absurdity. Something has to give.