Closing Our Eyes In The Sausage Factory: Some Thoughts On Nicky Hager's Book, "Dirty Politics" 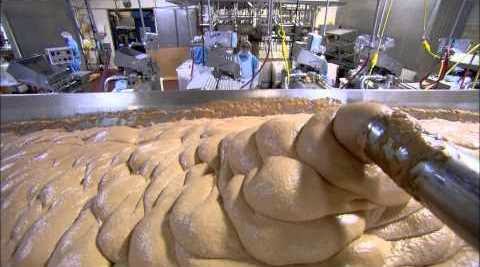 The right have certainty, the people in control are pro development, growth and all that flows from that, right down to the retiree off loading his rentals
The other side have the uncertainty of identity politics, diversity and other medicines and potions of dubious value.

It would appear that your analysis of the situation may be correct Chris...though I had hoped after Nat insider Paul Henry bagged JC the other night it was signaling something else....hopefully N Hager will release some of the emails in the next few days so as to keep the fire to the feet of both this objectionable government and the mainstream press.

"insistence that Hager’s behaviour is morally indistinguishable from that of the dark anti-hero of Dirty Politics, the blogger Cameron Slater"
The right don't actually claim this. They don't mention Cameron Slater at all. Which is why I've been saying they need an irony transplant :-). If they mention Slater it would be admitting to his existence, and I suspect that they don't like him very much. He's not really one of them. A useful tool perhaps (pun intended) but someone who can be cast off if and when it's necessary. In contrast to Hager, Slater has no intellectual heft. 'Truth' is about his limit really.
Whatever the faults of the book, it has really disturb a wasps' nest though. And I must confess that has probably added 5 years onto my life, given that a good laugh is meant to extend it. I thought this thing might have legs – personally I hope it goes on for ever :-).

You are right so what to do about it after this election?
We need blogs that take on the scum bags like Slater and punish polies that feed them the rotten meat they get fat on. But both main parties need to do it.
Meanwhile the holy Greens are stealing the Labour vote and seriously, Labour and Greens could get 20% each.
Then a merger? Or 'murder'?

The ingredients that go into a sausage may seem disgusting, but they're harmless if properly treated, and produce delicious results. Perhaps you've chosen the perfect metaphor here.

Do I misunderstand that Hagar cannot get copies of the ems from DotCom who presumably wants them for his own use.
Is there a Dirty Tricks mark 2 on the horizon.

One thing I would like to ask those right wingnuts who blag on about Hager's bias and the rest of it. "Do you actually approve of what Cameron Slater does?" If so, how on earth do you excuse it?

The truth of the matter is that no one, and especially not Mr Slater, has provided anything remotely probative in regard to the source of Mr Hager's material.

If all of the downloaded material is released, however, it is highly likely that the situation in which the National Government finds itself will worsen - not improve.

Truly, this is the gift that keeps on giving!