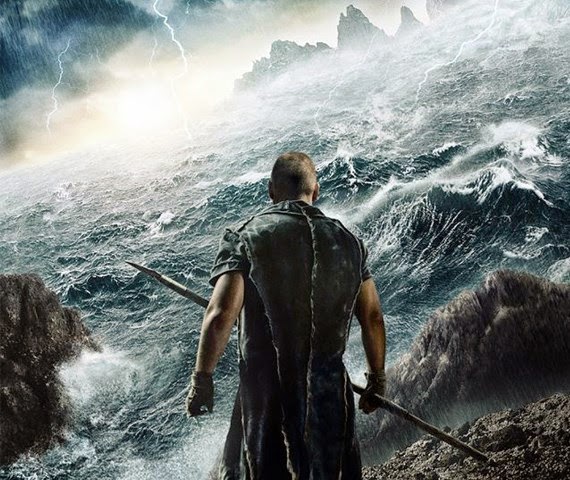 The comparative mythologist John Lamb Lash believes the West suffers from the lack of a central myth. He has used the Gnostic myth of Sophia to construct a myth that fits our reality drawing from the Coptic codices known as The Nag Hammadi Library which were discovered in Egypt in 1945. Lash takes the alien 'watchers' in his stride. His book 'Not in His Image' is scholarly and fascinating. A rallying cry for all those made weak by centuries of influence from curious 'commandments' and turn the other cheek stories, to say nothing of the politics of fear and disaster beginning with Noah's flood.
If we want to move from the ridiculous, polarised left and right, in relation to the leviathan god of capitalist industrialism, Lash's book would be a good place to start. Can't imagine the myth of Sophia and the way Lash relates this story to deep ecology ever being the subject of a Hollywood blockbuster though. A true heretic he kicks all Hebraic influence to the dark side of the moon.

Ah, Gnossienne, it would appear that I have found, at last, someone who knows whereof I speak.

If you're ever in Auckland on a Friday night, please, drop by Galbraith's Alehouse and allow me to buy you a drink!

Here's the plot. God creates our world sets man upon it, gives him dominion over it and the choice of relationship with himself. Man then by popular consensus shoves off doing whatever evil appeals to him and fills the spiritual guidance void by inter-reacting with the nether spiritual world. God regrets making man, decides this crew are beyond repair; He needs to scrub them and start afresh with a remnant. Enter Noah and the ark, but since man is nothing if not predictable, rinse and repeat is the theme. As example King Saul rejected God, did what he wanted and the guiding presence departed. He then turned to the occult witch of Endor to conjure up the off-course substitute and was destroyed.
At the Crucifixion of Christ, the great curtain that cordoned off the presence of God in the temple Holy of Holies was torn apart. The presence departed to reappear later on the disciples at Pentecost, the new remnant.
But the unbelieving Jews still tried to prop up the old order with their traditions plus a void. This has been plugged by appealing to the mystical, the writings of the Kabbalah, the 'Secrets of God'. Predictably many of the leading exponents of this counter culture have a habit of going troppo.
Some things are not mysterious. They are just as depressingly obvious as they appear. Mankind still says 'gimme two dollars worth of God and I'll have a pick'n'mix of the rest.
Secular Jewish Hollywood filmmakers look in dismay as the shekels roll in for low budget christian themed films whilst their own blockbusters run up bills, and bomb.
The story is the same; the obvious is rejected and the imitation accepted. They turned to plug the void with mythological, mystical cabbalist tripe. The remnant sniffed bullshit. The movie has bombed.
"Just as it was in the days of Noah (and Lot) so will it be in the days of the Son of Man" -Jesus

What we have here is a failure to communicate.

Now we approach the Well at the
End of the World. What is that
Xenos who dances and sings
To the sky? in the distance a
Flood of crazed dolphins and surfers
Ride over the agora drowned
In a high tide of gold.

Tell me not in mournful numbers... said...

One cannot but help recall the angst of the chaplain in Catch 22.

"...after the chaplain had tried to persuade Colonel Cathcart to rescind his order increasing the number of missions to sixty and had failed abysmally in that endeavor too, and the chaplain was ready now to capitulate to despair entirely but was restrained by the memory of his wife, whom he loved and missed so pathetically with such sensual and exalted ardor, and by the lifelong trust he had placed in the wisdom and justice of an immortal, omnipotent, omniscient, humane, universal, anthropomorphic, English-speaking, Anglo-Saxon, pro-American God, which had begun to waver. So many things were testing his faith. There was the Bible, of course, but the Bible was a book, and so were Bleak House, Treasure Island, Ethan Frome and The Last of the Mohicans. Did it then seem probable, as he had once overheard Dunbar ask, that the answers to the riddles of creation would be supplied by people too ignorant to understand the mechanics of rainfall?"

Every tribe and super-tribe on the planet has a set of projections of its own sectional perceived world, from Maori fishing myths to the equally, literally, down-to-earth sea-less journey myths of the desert wanders of Australia, to the squabbling myths of the infighting Jewish tribes. There are many overlaps naturally: no one had copyright on utu!

All such projections are evolving frames of reference, held close to blot out the chaos of Darwin's 'tangled bank' of existence; to find meaning in one's own patch of it. The idea that such sectional perspectives can be more than relatively valid is clearly false. As Socrates soon found, his 'experts' were also equally in the dark about the 'the mechanics of rainfall'! It follows that the only hope for humanity is in creative aggregation of elements of such myths, realising all the time that the created aggregate is but another sectional perspective, albeit, with a wider and longer perspective than its antecedents.

The bottom line, as the Noah film seems to show, is that stewing in the internal machinations of the embroidery of the past is a pain in the arse!

The blurb for 'Inside the Neolithic Mind' by David Lewis-Williams and David Pearce says:

"This brilliantly argued and elegantly written book examines the intricate web of belief, myth and society in the Neolithic period, arguably the most significant turning point in human history, when agriculture became a way of life and the society that we know today was born.Drawing on the latest research and recent discoveries, the authors skilfully link material on human consciousness, imagery and belief systems to propose provocative new theories about the causes of an ancient revolution in cosmology and the origins of social complexity. In doing so they create a fascinating neurological bridge to the mysterious thought-lives of the past and reveal the essence of a momentous period in human history."
Reviews were naturally mixed but most agreed that the authors broke new ground with the synthesis of neurobiology and archaeology. Lewis - Williams and Pearce proposed that early on in history humans experienced altered states of consciousness very likely through shamanistic practices including the use of psychoactive plants. Religion and myth followed such experience. John Lash with his long study and experience in shamanistic practice would concur with this.
Candace Pert was a American neuro scientist and pharmacologist who discovered the opiate receptor, the cellular binding site for endorphines in the brain. She deduced that the mind is not just the brain it is also in the body. Molecules called peptides are found in the brain, stomach, muscles, glands and major organs and send messages back and forth. The body is wired in ways we may not have imagined and still do not imagine. Pert's breakthrough led to a revolution in neuro science which led to increasing acceptance of the information -based brain model away from the more rigid structuralist model.
What is so glorious exactly about the "mechanics of rainfall"? Understanding such mechanics has not prevented humans destroying their environment. A half way decent myth might have made a considerable difference to say nothing of the fluid and ever changing experiences gained in ritual application of such a myth.

The film had me reaching for my ancient sources to check up on. Including the final drunken scene. Which side did they come down on in terms of how Ham so offended Noah? No side really. And there are some interesting sides.

I agree this could have been more impressive. Mythical and magical as the twinkling CGI sky,scaled hound, and Avitar walking-army misled me into hoping for.

Do not agree we need a Central Myth for our culture (especially not an ancient Assyrian one!) How about a Central Virtue? Reason.