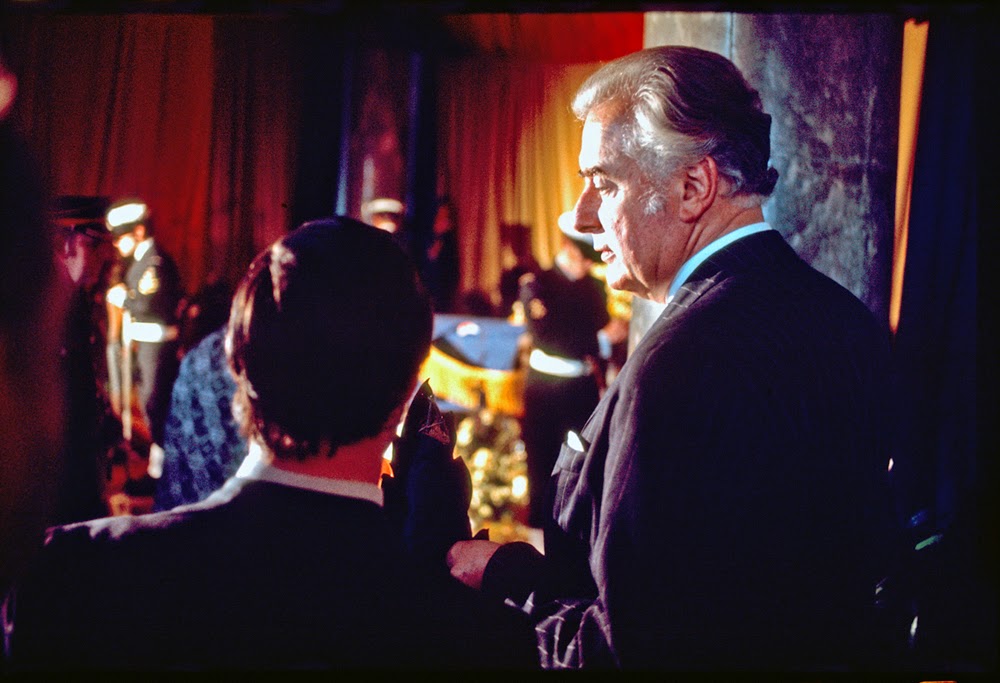 A Mighty Totara has Fallen: Australian Prime Minister Gough Whitlam paying his respects to the late NZ PM, Rt. Hon. Norman Kirk, during his Lying-in-State at Parliament Buildings, Wellington. Wednesday, 4th September, 1974. (Photo by John Miller.)
A BIG MAN IN EVERY SENSE, Gough Whitlam tested the boundaries of social-democracy under capitalism. Though he wielded power for just three years (1972-1975) it seemed longer because he had made Australia, and the world, feel larger. Wherever the power of principled advocacy and progressive endeavour is honoured, Gough Whitlam will be remembered.

Men and Women of Australia! The decision we will make for our country on 2 December is a choice between the past and the future, between the habits and fears of the past, and the demands and opportunities of the future. There are moments in history when the whole fate and future of nations can be decided by a single decision. For Australia, this is such a time.

Well might we say 'God save the Queen', because nothing will save the Governor General!

Australian Labor Party election advertisement 1972
Video courtesy of YouTube
This posting is exclusive to the Bowalley Road blogsite.
Posted by Chris Trotter at 15:05