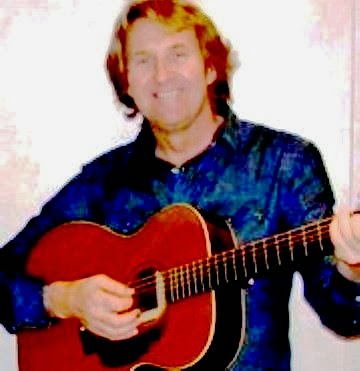 "I'm Cameron Bennett": Singing songs that blend the intensely personal with the robustly political.
FOR YEARS he filled our television screens with the images of a troubled world. "I'm Cameron Bennett", he'd say, by way of introducing himself, and then whisk us off to wherever people were bleeding. This was back in the days when the term "public service broadcasting" still meant something to the state-owned broadcaster. A time when, if the crisis was serious enough, Bennett's bosses would fly him to where it was happening. And there he'd stand, his lanky frame clad in the dusty, desert-toned safari jacket that became his trademark, and remind us all how lucky we were to live in New Zealand.
That Cameron Bennett might be a pretty solid left-winger never once occurred to me. Fairness and balance were the professional watchwords of TVNZ, even in the 1980s and 90s, and Bennett was careful to keep his personal opinions behind the camera. Only friends and workmates got to know the man who sang and played the guitar so engagingly; the folksinger who said in song all the things he could not say on screen.
It was, therefore, a delightful surprise to encounter Cameron Bennett, folksinger, at the Ika Seafood Bar & Grill on Tuesday night (28 April). Yes, the very same Ika Seafood Bar & Grill that, just a fortnight ago, hosted a "Table Talk" discussion about the fate of Campbell Live. Laila Harre (Ika's owner and manager) had organised that event in collaboration with the Campaign For Better Broadcasting and The Daily Blog, but Tuesday night's entertainment fell under the heading of "Ika Salon" - Harre's own monthly offering of intellectual (as opposed to purely culinary) sustenance.
And what a fine repast it was! Bennett's hour-long set was a mixture of the intensely personal and the robustly political.
Certainly, tackling the two great tragedies of the last six years, Pike River and the Christchurch Earthquakes, struck me as a brave thing to do. Such grim events, so close to the surface of our collective memory, often elude the songwriter's craft. But in Pike 29 and Jerusalem Road, Bennett offers a more than adequate response to these landmark events. The former is the more traditional of the two, harking back to the bleak mine disaster ballads of Appalachia. Jerusalem Road, however, takes a very different route. Working into his spare lyrics the imagery and religious references of Colin McCahon's paintings, Bennett has crafted a sombre but very powerful song.
Bennett's repertoire encompassed everything from the exploits of the West Coast mass-murderer, Stanley Graham, to the experiences of a grandfather wounded in the Great War and the closure of Dunedin's Hillside Workshops. For a Dunedin man, this latter song was especially moving.
We're flesh and blood, flesh and blood,
Standing shoulder-to-shoulder in the Carisbrook mud.
But who will stand for us?
The two songs that really struck home, however, were Bennett's very personal recollections of the community in which he grew up. If anyone had asked me whether it was possible to write a great song about the Auckland suburb of Howick, I would have laughed them out of the room. But in his bitter-sweet The Place That I Come From, Bennett captures the enforced innocence of New Zealand suburbia in the 1970s. The references to Picton Street and Stockade Hill pins the location down geographically, but the jagged recollections of disruption and distance are universal.
Then there was True Believers - the song that, even as I made my way out onto Mt Eden Road, I was still humming softly. A hymn to the sense of infinite possibility that was the special possession of the Baby Boom generation, True Believers tells the story of all those young men who responded to the challenge of being masculine in a new way in the uptight New Zealand of the 1960s and 70s:
Letting our hair grow curled
Believing we could change the world
In a grown-up country, the song-writing and musical talents of a man like Cameron Bennett would find a much wider audience than a café-full of Laila's friends and comrades. If New Zealand had been able to keep its public service broadcasting intact - as the citizens of Australia and Europe have done - there would be space in the schedule for showcasing this little country's extraordinary artistry. Not in the amped-up fashion of The X-Factor, but gently, sensitively, intelligently.
In the manner of Cameron Bennett.
This review was posted simultaneously on The Daily Blog and Bowalley Road of Wednesday, 29 April 2015.
Posted by Chris Trotter at 17:13

How should we account for studies of identical twins separated at birth who are found to have the same mannerisms, play the same tricks, and have exactly the same politics?
Superior insight can't account for that?

A bunch of late middle aged lefties congratulating themselves- in song.

Did Laila do a bongo routine about how she takes money off foreign criminals who abuse their staff, to further her political ambitions?
And how the whole thing backfired spectacularly?

Er... Leila wasn't the only person to take money off foreign criminals remember :-)? That right wing hero John Banks accepted quite a bit.