If The SIS Director Wants To Tell Us The Truth, She Should Commission Fiction. 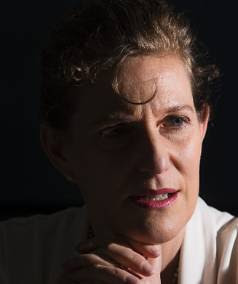 Memorable Presentation: Rebecca Kitteridge, the first woman Director of the SIS, laments the fact that the necessarily secret work of her agents cannot become the subject of a reality TV series - as it has for Police and Custom Officers. For shame, Ms Kitteridge! If you would tell the truth - write fiction! Just think Spooks.


REBECCA KITTERIDGE is like no Director of the Security Intelligence Service (SIS) New Zealand has ever seen. There was a time when the identities of such national security bureaucrats were, if not secret, then, at the very least, invisible to the general public. In recent decades, an SIS Director’s name might have been slid into the public record, but he (and before Ms Kitteridge they were all “he”) was seldom heard and almost never seen.
How things have changed. Like her British equivalent, Dame Stella Rimington, Ms Kitteridge has, as the Service’s first female Director, allowed a Force 10 gale to blow through the stuffy corridors of her publicity-shy corner of the secret state. What Dame Stella did for MI5, Ms Kitteridge hopes to do for the SIS.
Her latest foray into the public sphere occurred earlier this week at the 2015 Privacy and Identity Conference in Wellington. Having heard Ms Kitteridge’s frank address, New Zealand’s Privacy Commissioner, John Edwards, vouchsafed to his audience that he “could not remember such a presentation from an intelligence director”.
Perhaps the most intriguing offering from Ms Kitteridge concerned the Service’s limited options for improving its public image. The sort of PR opportunities that were open to other state agencies – most notably the Police and Customs Officers – were simply not available to the SIS. It would be difficult, she suggested to make a reality show out of a state agency that was required to “do everything behind locked doors.”
For shame, Ms Kitteridge! Reality shows are not the only vehicles for showcasing the day-to-day activities of state operatives. Indeed, there’s an old saying among those who have made it their business to report the activities of the secret state: “If you want to tell the truth – write fiction.”
If Ms Kitteridge wants to improve the public’s image and understanding of the SIS, she has only to persuade NZ on Air to fund a television drama series about its activities.
Was it no more than coincidence that in the years immediately following Dame Stella’s stint at MI5 the BBC began airing the hit series Spooks? The show’s creator, Jane Featherstone, told The Daily Mail that: “At first the intelligence services were resistant, and they let that be known through former members who acted as technical advisers on Spooks.” But, eventually, says Featherstone, the real spooks came around. “They even used the first series to help with their [recruitment] campaign.” 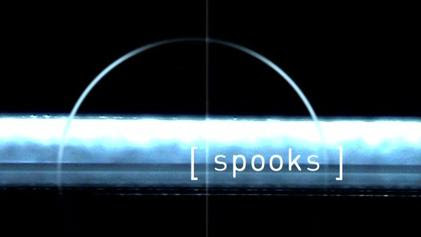 Prime Recruiter? The British television series Spooks boosted the numbers of people seeking to join MI5.
And it’s not as if there isn’t plenty of experienced writing talent close at hand. The British-born television writer, Neil Cross, who wrote multiple episodes of Spooks, as well as the memorable detective thriller, Luther, has lived in Wellington for many years.
The story-lines for such a series (working title “The Service”) would no doubt include many of the issues raised in Ms Kitteridge’s speech. Imagine the possibilities of a story-line based upon Islamic State’s use of social media. Or about tracking-down the member of the public who tipped the SIS off about a plot to contaminate New Zealand’s dairy exports. More controversially, there could be an episode about a terrorist cell undergoing military training in the bush.
If Ms Kitteridge is really serious about letting the public know just how difficult her job can be, she could advise the series writers on how an SIS Director might respond to an attempt to use the SIS for political purposes. What does the Director do when someone from the Prime Minister’s Office approaches her with a request to blacken the name of a political opponent? Or when one of her agents discovers that the Israeli Embassy has recruited a prominent blogger to blacken the reputations of pro-Palestinian activists?
And, just imagine the dramatic possibilities of a “Black Hat” hacker, recruited to turn the tables on Chinese cyber-criminals who have succeeded in penetrating the defences of one of New Zealand’s most innovative companies. Should the Director use her hacker’s talents independently, or share him with the Government Communications Security Bureau’s own team of “Computer Network Operations Specialists”? And how should she fend off the furious intervention of a Foreign Minister desperate to keep New Zealand’s relationship with the Chinese Government on an even keel?
If Ms Kitteridge cannot give us the facts about the SIS, she could at least try to tell us the truth – by commissioning fiction.
This essay was originally published in The Waikato Times, The Taranaki Daily News, The Timaru Herald, The Otago Daily Times and The Greymouth Star of Friday, 22 May 2015.
Posted by Chris Trotter at 11:03

so in other words....subtle (or perhaps not so) propaganda?

Er.... "Spooks" as some form of truth? About as close to the actual real life I imagine, as John Wayne is to the authentic old West, where the reality was shoot them in the back if you could :-).

An inspiration to Ms Kitteridge!
Plenty of room for home-made cookies there with an indigenous flavour perhaps of kiwifruit (latterly Chinese gooseberries).

She does appear to be caring,however,her tenure as our spy chief may alter that.Wonder if she is a fan of Alison Holst.

Or one about the fearless investigative journalist who steadfastly exposes the craven participation of NZ 'security' services in 'The Club' despite the many clumsy attempts of the State to intimidate him?