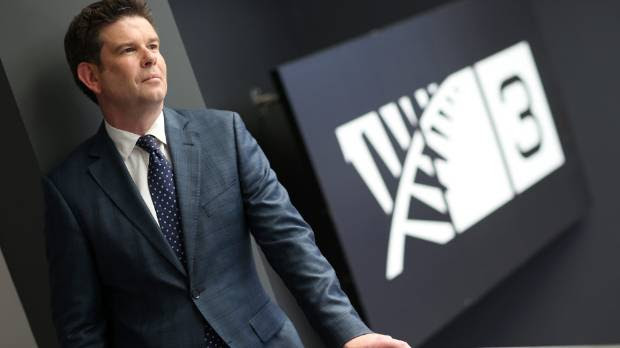 Quixotic Mission? From its very inception TV3 has tried to fulfil the role of a creative and independent public broadcaster - largely because TVNZ declined to accept that role for itself. But commercial and public broadcasting are two, very different, things. In the end, if funds expended exceed funds received, a private sector corporation has to act. Campbell Live's supporters are attacking the wrong network.
JOHN CAMPBELL’S FRIENDS – and he has many – are attacking the wrong television network. Mediaworks is not the problem – and never has been. Nor is it the solution – though, from its very inception, nearly 30 years ago, it has (rather Quixotically, in my opinion) tried to be. If I may borrow that marvellous line from George Lucas’s Star Wars: Privately-owned, commercially-driven television, “are not the droids you are looking for”. The network John Campbell’s imperial stormtroopers should be pursuing, plasma rifles and light-sabres held high, is the one they already own – Television New Zealand.
It is one of the great ironies of New Zealand’s (relatively) recent cultural history that the impetus towards free and open airways has, to a startling degree, come from freewheeling cultural entrepreneurs like Colin Scrimgeour, Gordon Dryden, George Andrews, Marcia Russell and Rod Pedersen. Not forgetting that madcap piratical quartet who, in 1966, launched Radio Hauraki.
By and large, these were not individuals who cared a great deal about making a profit. What they did care about, however, was innovative, creative, challenging and, most of all, exciting broadcasting. Whether it was Colin Scrimgeour’s subversive “Friendly Road”; Gordon Dryden’s experiments in “talkback” on Radio Pacific; or Rod Pedersen’s anarchic “Nightline” programme on TV3; the point was always to fashion something as far removed from the dull fare of officially-sanctioned broadcasting as possible – and then beam it, with unapologetic glee, into the living rooms of the unsuspecting public.
One of the strangest aspects of New Zealand’s deeply conformist society is the way it drives so many of its non-conforming citizens into the private sector. Not, it must be said, in the spirit of avarice that makes true capitalists rich, but because it seemed to them about the only place where it was possible to set up an institution capable of saying “Yes”.
What many of them failed to grasp, however, was that although New Zealand’s state and local government bureaucrats were among the greatest nay-sayers in the world, the marketplace also possesses some pretty inflexible rules of its own. The greatest of these being the rule that insists money has to flow both ways. No matter what the enterprise, if funds expended are not exceeded by funds received, then: “Houston, we have a problem.”
Getting the money to flow both ways has always been TV3’s greatest challenge. Only intermittedly have the funds it received exceeded the funds it expended. Indeed, the mavericks and dreamers who founded the network had hardly begun broadcasting before they found their beloved creation placed in receivership. Throughout its relatively short life, TV3 has always, like poor Blanche Dubois in Tennessee Williams A Streetcar Named Desire, “depended on the kindness of strangers”.
Regardless, its extraordinarily talented staff (especially Head of News and Current Affairs, Mark Jennings) have done everything they could to stay true to TV3’s kaupapa. Running a network dedicated to producing the sort of creative and challenging television that the state broadcaster (with the important exception of a few, golden, years in the 1970s and 80s) either couldn’t or wouldn’t commit to the airwaves.
Those “golden” years bear closer scrutiny. For the first time, either before or since, television executives were encouraged to say “Yes”. Television One and South Pacific Television (both state-owned) were persuaded to give the green light to programmes designed not only to entertain, but also educate, and, in a handful of rare and very special cases, elevate their audiences.
What made it all possible was the Broadcasting License Fee. This relatively modest tax, levied on all television users, allowed public television to remain at least partially sheltered from the ratings-driven influences of commercial television. The problem was, people hated paying their Broadcasting License Fee. Viewers who, today, happily fork out $100 per month for Sky TV, thought a fee of less than $100 per year was far too much to pay for a creative, innovative and challenging television network run by – and for – New Zealanders.
TV3 – Mediaworks – have broadcast Campbell Live for as long as they could (and, arguably, a little bit longer than they should). Sometimes strangers have to be cruel to be kind. To expect a commercial network to ignore the most basic rules of private enterprise, in order to satisfy an audience that has yet to demonstrate an equal degree of militancy when it comes to demanding that Television New Zealand meet its responsibilities, isn’t just unfair – it’s entirely misguided!
As New Zealanders, shouldn’t we at least try to summon up the courage to imagine public institutions in which the creative, the challenging, and – yes – even the mavericks can find a place? And, isn’t it long past time that we encouraged the growth of a private sector dedicated to the dynamically dull, but indisputably important, business of making a buck?
Honestly, wouldn’t that be bloody marvellous!
This essay was originally published in The Press of Tuesday, 26 May 2015.
Posted by Chris Trotter at 09:52

I was a Television Licensing Inspector for a few months back in 1979 when I was about 20. You used to have to visit of the houses where there were arials but no record of a fee being paid.

I think the politicians are afraid of TVNZ.
Why on earth didn't Labour sell it off when they created Maori TV & also set up a 'Pakeha TV' for want of a different name, then those combined State owned channels could have had all State cash for TV that currently NZonAir dishes out. We would have a Kiwi SBS of two channels, one predominately Maori and one Pakeha, sharing resources and programming.
And why hasn't National done it either or if they were really neo liberals, just sold off TVNZ and abolished Maori TV?
They are afraid to touch it I believe. Too risky.
Clark probably reasoned that the public would think she was setting up Labour TV as well as Maori TV and that would be a step too far. Plus a private TVNZ could turn out hostile to the left, like Fox.
Key perhaps reasons that TVNZ is neutral or even centre right these days so leave it be and TV3 will struggle to compete with its obviously left leaning shows like Campbell, captured as it was by the well healed left, who like a daily dose of hand ringing about the down trodden on their screens in their expensive houses, while they moan that the Tories are bastards who don't care, unlike them. Meanwhile the down trodden watch TV1 or TV2 or Sky for entertainment or a laugh. None of them would ever watch Campbell as they have nothing in common with him nor could they stomach his plummy patronising manner. He would just remind them of their alienation from the Labour Party, which has also been taken over by the same people.

Charles, if you are going to crap on and on about "handwringing" and "downtrodden" than all the other's stereotypes, you should know that it's "well-heeled". It brings your whole statement right down sorry.

Both entrepreneurship and bureaucracy have characteristic virtues and vices of their own. Both, moreover, are needed to create a civilized society and a functioning economy.

The problem is that we tend, all to often, to get the worst of both mind-sets.

I recall, in the early 1990s, working for a state-funded organisation that was being 'down-sized' for partial sell-off.

A revered older colleague said to me: "We're in the hands of red in tooth and claw capitalists now!"

And I replied:" It's actually much worse than that. We're in the hands of Stalinoid bureaucrats playing at being red in tooth and claw capitalists."

What's the difference? Well, broadly, one lot are interested in money and the other in power (and money).

The genuinely red in tooth and claw crowd don't normally cut up nasty unless they think they have to. And they don't kick you when you're down. There's no percentage in it and it's a waste of expensive shoe leather.

Could not agree more Chris. Why would a free market organisation lose money funding anybody, especially somebody who puts the warts of the free market on public display. To all the shrill voices of protest at TheStandard stop wasting your time, pick the right target.