Build The Surge For Chloe Swarbrick! 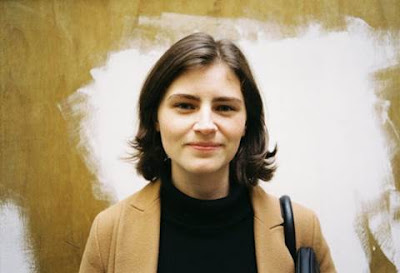 I attended a Wellington meet the candidates event. The average age of those standing was at least 60. Most grey haired men and women like Kedgeley, Laidlaw etc. Been there so long. To me they appeared time serving pros. So few young, Maori, Pacifica, women. All I heard was the same voices who presided over the creation of the mess promising to clean it up.
I left determined that I will only vote for the younger generation. Mine needs to stand aside and let youth create the world my generation has singularly failed to create.

Her very youth, 22 years, makes people gasp as if they have just dived into freezing water. But etsi-ketsi as the Greeks sometimes say, the older gen haven't shown themselves terribly wise have they, just terrible!

But looking at David Caygill's progress? a few days ago, well he was 22 years only when a Christchurch city councillor.

On the other hand Chloe might follow a similar trajectory to Nick Smith, long-term MP, experienced in the ways and wiles of NZ politics.
Smith was educated at Rangiora High School and the University of Canterbury where he achieved 1st Class Honours in Civil Engineering, was an AFS Scholar to the U.S. and eventually gained a PhD with a thesis on New Zealand landslides.[5] Before entering parliament, he worked as an engineer for the Rangiora County Council, and as director of his family construction company.

At that age you can learn to talk the talk, and how not to walk the walk.
She could succeed wonderfully, that she has got this far is a wonder, as you point out Chris. She could be a star in this new crop of educated young people with nous and vision that includes practical policies to benefit the people and environment and back businesses that grow to service these two important features in any political gaze.

The feature does not refer to her educational background and worklife. Nick's background was civil engineering, but he has become uncivil in the eyes of the thoughtful. Caygill started and is still, a lawyer, a job of advising how to traverse the checks erected by governments, or how to disassemble them.

What cunning and expertise does Chloe bring to her target role as a politician?

Why assume she would see her future in Labour or the Greens?
Since National is the party of evolution, she may fit there in future. Perhaps in three or four elections she will be in the Cabinet of what you would call a ‘post-neo-liberal’ party, perfect for her and her generation. Labour will by then be perhaps just a rump of senile lefties dwelling on their glorious imaginary youth. Greens too will be old and past it, still raving on about evil GE and nuclear power. Whereas the green wing of National will by then have convinced most of the country to make 75% of the ocean a reserve; all of us to only drive Teslas and we'll be down to the last few rats and stoats, killed by brilliant GE.

Helen Clark says the Syrian situation needs her political skills (as head of UN). I wonder what she thinks those skills are? Does she think the New New Zealand is proof?

I just watched that and wondered how she would come across if she was male? But that aside I have an issue with Helen Clark. I know people who hate Helen Clark. As Spoonley says once changes in the "cultural makeup" (or something) of NZ had been undertaken "it was some years before these were understood" by the population. That was where Madame Clark did all in her power to squash decent. Amongst other things she proclaimed loudly that New Zealand needed a bigger population. She was wrong according to treasury paper 14-10. But it was part of a "deliberate strategy" and while not easliy able to be found overtly expressed it is claimed by the likes of Frank salter and inferred from marxist ideology that the goal was a new society where all the participants dropped their identities in favour of a state orchestrated supra national identity. The downside is that the majority population now has to take a second place to minorities and it is only assumed the new minorities will behave or come to dominate (think Chinese in Thailand and Indonesia) and it only happens with the backing of the Wealthy Realestate (non-tradeables sector of NZ economy). Helen Clark is using the fact that she comes from a "multicultural country" as a qualification to be head of the UN. Diversity is a one way street for (mainly) western countries.

The other thing about her is that she is from that born to rule class which modern society has created: a swiss knife person who comes of of a university rather than someone from the parallel universe of a worker (who i would define as someone on struggle street without a ready escape hatch. Politicians are no longer tested by their peers they are tested by the media and the media panels: people like Raymond Miller who warns with a shake in his voice that if Labour adopted a (---) immigration policy, Labour would "not want to go there" (he has the "R" word concealed in his vest). The ordinary person is no longer suitable to be a politician (think Mr Brown, Marxus Lush and Paul Spoonley) but Trump has shown that you can give the media the bird.

I see on Q&A Chloe is wagging the moral panic and xenophobia finger at Winston Peters. She's spokesperson for the Media Party?