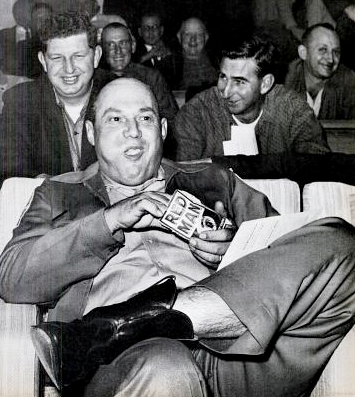 Inhouse counsel conducting an enquiry has all the credibility of Goebbels investigating Göring; a complete nonsense and sham.

What is probably most staggering is that the NZRU 'leadership', in their infinite wisdom, thought that this kind of enquiry would suffice.

In effect, what we have been shown is a kind of deception.

If you want to see the rock bottom mean-spiritedness that is part of New Zealand culture, just go to the Stuff website and see some of the comments in fact almost all the comments that I saw blaming the woman for being assaulted. In my mind similar to blaming a road worker for being run over. But that's the dark side of New Zealand. Always been there, just more open with it now we have the Internet.

It is a bloody shameful episode amongst our national game participants.
To much money, no character or morality.
Steven Tew and the Rugby Union lawyers who investigated and whitewashed the team and turned the victim into the guilty party, should be charged with "dereliction of duty" and sacked with 'dishonour' on their record.

A very true and telling analogy, should get broader coverage, well done.

Karma appears to have caught up with him however. According to wikipedia:

"Despite his acquittal, Rainey was stigmatized by his role in the events. After leaving office in 1968, he was subsequently unable to get reelected or to work in law enforcement. His later careers included periods as auto mechanic and as a security guard in Kentucky and Mississippi. He later came to blame the FBI for preventing him from finding and keeping jobs. He suffered from throat cancer and tongue cancer, and died in 2002 at the age of 79."

This also implies that a majority of voters did NOT support people like Rainey and the Klan.

On the testosterone laden lads it speaks volumes about their lack of respect for themselves that they would accept such low standards towards women aka their sister and mothers. This is I suppose going to be called "rape culture". I won't deny it, it appals me.

As a sports fan, I should be more au fait with the Chiefs media-fest, but in a world of shyt, among so many other things, their shenanigans just don't interest me much. I assume that if they've broken the law, that they will be punished accordingly and I also assume that due lawful process, or whatever its called, has or soon will have, taken place. The big story here for me is that if laws have been broken and yet little, if any, punishment has been metered out, then what the frig is going on here!

Otherwise, the other big story here is "pack mentality" and this nasty human condition is prevalent everywhere and not just limited to the obvious offending Chiefs/sports crowd. Pack mentality, we humans feed on this shyt, whether it be a bunch of booze-infested, testosterone-fuelled players, a frenzied media out for blood or commentators of all persuasions united by belief. Pack mentality, a foible of the human condition that this issue (and issues like these) have shown, is inherent in all of us. Maybe the biggest problem here is that we rarely look within, when we so gleefully look outward.

Stripping is a money earner in a world with few adequate jobs that have livable wages and reasonable hours. The 'exotic dancing' is a legitimate job so stripping per se should not be a target. Women do
go to similar shows, think of the film The Full Monty.

But it appears that there was a $50 extra fee that enabled actual touching and close contact by the men, rather than just being watchers,
which was the rule.

The young woman was aware and appealing to the lustful attitudes of young men, and perhaps knew too of their two-faced approach to women ie be nice and apparently respectful or admiring just to get advantage. She has been too simplistic and romantic to understand the stark reality when too much alcohol, and pack mentality prevails. Many young men have the muscle power, arrogance, hormones and desire to establish a portfolio of successes with winning women, so a residual wariness should remain. Despite the triumph of feminism and leap forward in women's standing it is child-like to be unaware of the differing and gamesmanship in gender attitudes.

I was in Paris for the Rugby World Cup semi finals in 2007.

I attended the match that the All Blacks should have been in but were bundled out in the quarter final.

My seat at the stadium was in a group of NZers. They were a curt, grim, pinched lot.

I attempted to engage in conversation; I told to a largely non-responsive non-verbal group that I had been to the Louvre, Centre Pompidou, Versailles etc my usual places I visited when in Paris.

My chat was abruptly halted with this comment from a dour, gruff voice seated behind me:

'We didn't come here for any of that shit'

In the new professional era of the mid 1990's, Josh Kronfeld, attempted to make a series of political statements re French nuclear testing in the South Pacific.

The rumours I heard was that he was told in no uncertain terms that if he continued with this line of protest at home and abroad it would cost him his professional rugby contract and ultimately his career.

Such is the power & influence of the NZRU. Who, in turn, were probably acting on instructions from the NZ & French governments.

In many instances, we're reptiles crawling out of a bog.

I have experienced a lot of that anti-culture anti-intellectual type garbage from my fellow Kiwis.

But really, if they don't want to see the wonders of Paris, so what? It would be better if we were all cultured, but we're not. What kind of world do you think we're living in? I hate to break it to you, but this is not utopia, nor anything vaguely resembling it. It is a place of suffering and chaos and ignorance. We have to start at that point.

Those 'one-eyed yokels' who sneer at the idea of experiencing architectural beauty may be better fathers to their children than many. They may know how to knock up a fence in record time. They may come over to your house and fix some faulty wiring, even though that isn't their trade.

What fucks me off beyond all comprehension is how the metropolitan left just cuts away all possibility of relating to these 'ordinary' Kiwis who don't happen to listen to good indie music and read T.S Eliot.

Have you heard of the saying 'it takes many to make a world'? What has happened to us socialists? We use to be the party of the hard-bitten tough worker. It used to be the rich Tories who were the effete ponces.

It's a supercilious superiority complex and it's getting us nowhere.

From the heart Manfred. I ask the same questions and get the same confusion. There is an unbending inflexibility in much modern "leftist" thought. Why it is labeled "left" is beyond me, for example why can't feminism be centrist or right wing?

To get back to the actual topic, a friend of mine is just come back from "the country" where he had to listen to a bunch of farmers whining about how the Chiefs were hard done by over strippergate. Sigh.

Studies on migration often assume that members of the same ethnic category are less likely to develop exclusionary attitudes toward each other. In order to explain why many Hong Kong people exhibit exclusionary attitudes toward granting social rights to Chinese immigrants who share the same ethnic ancestry with them, we conducted a phone survey to examine four important factors: (1) economic threat; (2) social threat; (3) negative stereotypes; and (4) contact with immigrants. We find that the economic threat—either at the societal or individual level—perceived by respondents does not explain their exclusionary attitudes. The results are consistent with alternative explanations emphasizing cultural and non-economic concerns commonly associated with ethnocentrism.