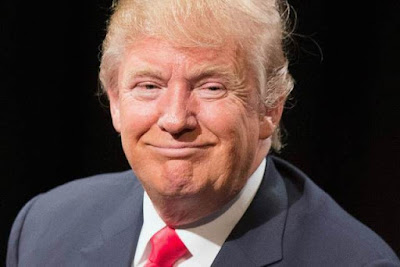 Just had a guest read out that 17 of Trump's appointments are worth one third of total US household income.

I'm going to try to stay with Pollyanna a bit longer though. Perhaps they don't all need to focus on further enriching themselves for a bit and can do something else for a change. Some people play Golf , some play bridge, without having to make money out of it. Maybe these guys can run America as a sort of non profit recreational activity.

But another angle on his selections is that given he is regarded by most republicans with a mixture of distain and horror, it was never going to be easy for him to select a team that he can work with. If he goes with the lineup a mainstream republican president might have chosen he would be obstructed and undermined at every turn. So his selection has to be of individuals he can work and negotiate with ; Dealmakers in other words .

Everything still points to his closing down the regime change project that has been destroying Syria, and if he does that he's got my support whatever else he does on the China trade front,or anything apart from starting another war somewhere . I would like to see him call up Assad and say" OK here's the deal" " we are going to stop providing your opposition with weapons and intelligence either directly or indirectly anyway; and if you undertake to hold a free and fair election supervised by the UN within 12 months of regaining order, we will help you, and cooperate with you to get rid of ISIS and the other Al qaeda offshoots and restore normality . Moderate rebels not prepared to accept holding or the results of such an election can't be catered for and will be assumed to align with al Qeada groups.

Further more if you don't want a pipeline delivering gas from Qatar to Europe that's your business. And if you want to manage your own Banking system that's also your business.

Could well be that Trump has some of Hitler's rat cunning in appointing nonentities to his various cabinet posts. Firstly they will tend to make him look good, and secondly they will fight like buggering among themselves, giving him the final say in everything. But he has done some good already. Subscriptions to Vanity Fair magazine are well up after he tweeted some crap in response to a restaurant reviewer that characterised one of his restaurants as rubbish. Looks like insulting Trump is going to be good for business.

"Perhaps they don't all need to focus on further enriching themselves"

" we are going to stop providing your opposition with weapons and intelligence either directly or indirectly anyway; and if you undertake to hold a free and fair election supervised by the UN within 12 months of regaining order, we will help you, and cooperate with you to get rid of ISIS and the other Al qaeda offshoots and restore normality .

Not gonna happen. Trump is not gonna say it Assad is not gonna do it. A democracy would simply leave him albeit very rich, at the mercy of all and sundry who he has offended/tortured/killed in the last God knows how many years. The only way he can survive is to go into exile, or become the dictator he has always been – again.

the mans a moron who got lucky....nothing more...and we will rue the day

So the US has a Pressie Elect who has the mentality and petulance of a 12yr old, the raging hormones of a teenager, has Jason's Golden Fleece transplanted on his head, the tiniest hands on record and skin as thin as a hothouse tomato.

Of course he's going to bring in the people he knows (poor little rich kids), after all ha ain't going to have a member of the Teamsters Union by his side. He's not in the least bit interested in the Riff-raff whom he looks upon with disdain.

None of this is surprising!

The business of America is business. Trump is a businessman. The selections represent his class, his ethics. Did anybody ever think it would be otherwise?

Trump was not elected by Sandanistas. He got the votes of people who believe business will save them from what business has wrought. Any failure they could blame on "the swamp" aka Washington bug government and its supporters the "liberals". In that light Trumps picks are entirely what his supporters would expect.

Railing against this only exposed the vacuity of the Lefts support of Clinton. What has really changed in terms of who runs America? The business oligarchy may be socially more assertive yes but economically nothing changes except that one business sector (banking) doesnt get such a free ride over other sectoral interests.

So now American capitalism has lost the need for a velvet glove smokescreen like Clinton. They are overt. And the Left again played for fools when they allowed Sanders to be eviscerated by the fully bought up party machine of Clintons pay to play. Capital had the race won betting on both at that stage.

So rather than bitching about the individuals mayhaps the Left needs to examine its whole perspective on the beast that is American capitalism.

Syrian voters don't get all their news from our MSM , Hence G S no he would win a fair election in a landslide and well US know it. Thats why US have been demanding that he is not on any future ticket.

And Pat ,I have read, admittedly not in the MSM, but presumably easily be checked , that he is the most highly educated national leader in the world, plays chess with the world's top players, so not a moron. And his choice of study? Medicine . Arguably.the most humanitarian field possible, so probably not a psychopath either. We are grossly misinformed by the politicians and the media we have come to trust. Whether or not he felt himself lucky when he suddenly had to leave off study and come home who knows, but he took on a structure that could not be changed over night and set about improving it where he could; some of that improvement for Syrians was obstructive to U S hegemony , that's what he did wrong. The majority of Syrians have a very different view of him to what we have been presented with.

G S if there's validity in my link in Chris's above post Trump will be starting negotiations from a more humble position.
Cheers David J S

Sorry , you were referring to a different man. Got caught up in my rave with G S

"And his choice of study? Medicine . Arguably.the most humanitarian field possible, so probably not a psychopath either. "

Studying medicine is not incompatible with being a psychopath. I suspected my last doctor was one when he told my wife to "pull herself together" when she had postnatal depression :). But doctors took full part in the Nazi executions and experiments on untermenchen. And a similar part in 1940s Japan. The guy was given the benefit of the doubt at the beginning of his rule, when he was considered a "nice" dictator. I guess his main attraction might be that he is secular and somewhat reformist. But he was a dictator nonetheless. And perhaps he would win a fair election – fair point. But feelings against him would be running rather high I suspect, amongst those who didn't vote for him. And those who didn't vote for him would tend to be of a different religious persuasion, which gives them an excuse to demonise him with all that seems to entail in the Middle East at the moment. And that is just a recipe for tit for tat repression and rebellion. I must confess, I see no immediate solution to this problem, apart from a partial genocide.

"Exactly how the unrestrained spirit of Pollyanna seized control of my mental faculties remains a mystery."

There's a really interesting answer to that.

G S
People seem to assume (esp US ) that dictatorship is an anomaly, and that democracy will be the default setting of a country's governance a dictator is removed. It manifestly will not. Especially in the middle east, and historically not anywhere else either. What democracies are there in the middle east? As you pointed out recently not Iraq, Not anywhere else US has been recently. The indications are that a stable well organised socially conscious authoritarian government is the best option available in this region in the meantime, and far preferable for most of the inhabitants to the chaos that follows an armed intervention to affect regime change. Such governance is the only situation from which a democracy is ever likely to emerge.
Cheers D J S