The Dangers of Political Adrenalin 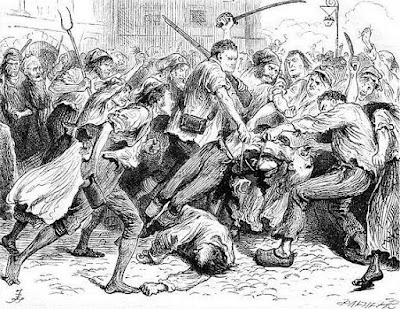 I am stilled shocked at John Key's resignation so the adrenalin is still pulsating, nonetheless I offer this to myself, I shall look for;
1.probable stability from what is offered by a future government.
2.facts, truth and cost in policy statements,
3.less or no more immigration,
4.jobs
I am not a greenie to the extent that green smothers black in mining or oil exploration for our exploitation.
I do not want the legalisation of cannabis.
I do not our woman or our Maori put in high position simply because they are what they are.
I want a smaller parliament and smaller city councils, I believe we are over governed and as a taxpayer I do not like it.
I as a citizen want a vote on our continued ties to the Monarchy, I shall say No.

Well put, although I'm not convinced that Paula doesn't have a leopard-skin something-or-other somewhere in her wardrobe.

I should add that some of my best friends are Westies.

A touch of truth there Chris. I have often questioned the Clark admin's employment policies. Employment? Back in my day that was 'industrial'. Got unemployment down, but didn't help the over 55's like I was when I disappeared from the workforce.First term was great.

Wardrobe or closet, talk about leopard-sins and whips coming out guarantees interesting reactions. Also interesting is your anecdote Chris and the ferocious tussle pictured in the image. Just writing on blogs brings the blood to the eyes sometimes, the half hour to let the amygdala drain sounds like a good rule, like looking right and left before crossing the road, and not getting carried away by the roaring in the ears.

Helen Clark dragged the political centre as far left as she could in the most right wing political climate since the 1910's.

Which Chris Trotter are we talking to here? The one who said the 5th Labour government was wisely using the tactics of Fabius Maximus, or the one who said the labour bureaucrats and assorted rabid trotskyists should have overturned British capitalism in the 1970's?

We socialists have to decide whether we are managing capitalism or building socialism.

There is a time for both - but you have to choose one, make a fist of it, stick to it, and bring it to its conclusion.

Which one you choose is based on political reality, and we are a long way off the end of capitalism.

The main reason Aunty Helen didn't get the UN top job was that she was a NeoLiberal plant in the garden of socialists at the UN.

She was found out and rejected.

Well their you go. NZ's leading subversive saved from a lengthy prison term by the evil Amerikaans.

BTW Was that the night you and your mates stole the rubbish bags from outside the SIS office?

"I find your society genuinely admirable in many ways. For example, I met Helen Clark while I was in Wellington. I was invited to her official residence, and waved in by a lone policeman who didn't even check who I was, then I had a barbecue with her. I congratulated her on the public's enlightened attitudes towards racial issues, but she disagreed. She said to me that New Zealand was really a very racist country, and she was determined to do everything she could as prime minister to change that. I thought that was a very bold, honest statement to make to a foreigner, and I really respected her for that."
http://www.stuff.co.nz/sunday-star-times/features/3751531/Acting-giant-reflects-on-NZ-society
I suppose that explains the policy response to Parr (2000)?

I don't pretend to know why Auntie Helen failed to get even a respectable placing in the UN stakes.

But it can't have helped that all her rivals were fluently multi-lingual whilst she (as far as I'm aware) just speaks English and a bit of Berlitz Spanish.

The problem with recent centre-left governments both here and overseas is that they've given up on both building socialism and managing capitalism. Instead, it's capitalism which manages them.

Personally, I've no interest in building socialism but nevertheless think that governments need to get back to governing.

Yes I agree on your criticism of centre-left governments to the extent that I understand the machinations of how global and local capital bully governments. Mine is a limited understanding because I am not fully aware of what goes on behind the scenes.

All I was saying is that Clark's govt was in some way left wing, and ordinary people are still benefiting from the modest but significant shift away from the social nightmare that were the Bolger and Shipley years.

I personally think humanity is not ready to abolish the profit system.

The crucial thing the left needs to realise is that now is the time to manage capitalism. Once they realise that, we can start formulating socially-oriented market solutions as well as solutions based on government diktat.

The confusion comes on the left when people try to do both. That's when you get situations like the Venezuelan economic basketcase.

... both as in try to establish a non-profit economy but still have to react to the realities of the market.

I do agree with you to a great extent.

I also think that the Clark-Cullen government did a rather better job than most other recent centre-left administrations elsewhere and left NZ in a reasonably good position to ride out the GFC.

Moreover, we'll never know for sure how counter-cyclical and Keynesian, Dr Cullen might have been had he been in charge of our economy during the worst of the global recession.

Even so, it was a very moderate and cautious government that, to a large extent, cut its cloth to suit market sentiment.

Paula Bennett a Maori solo Mum will be pleased with your comments.But not Judith Collins who has been demoted even though she's a woman.