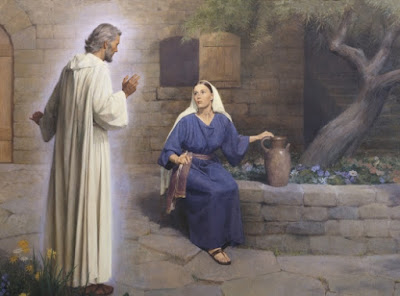 ‘Behold, I am the handmaid of the Lord.’
HE WAS AN EASY CHILD to overlook. Small and wiry, whose rags were the colour of the dust he slept in. His long dead parents had named him Elias, but most of the village just called him Runt. Rabbi Jacob allowed the orphan boy to sleep in a corner of his storehouse and would feed him when others wouldn’t. Which wasn’t often, because Runt was forever making himself useful: running errands, carrying messages, hauling olives to the village press. Occasionally, people tossed him a coin, but mostly Runt worked for food. Rabbi Jacob’s generosity was seldom tested.
Which was more than could be said for his patience. Runt was forever asking the old teacher questions. Shrewd questions. Questions inspired by the lad’s uncanny knack for seeing and hearing things that his neighbours, had they but known, would certainly wish he hadn’t seen and heard. Runt kept a detailed mental ledger of the villagers’ good and evil words and deeds. “What that boy knows,” the Rabbi would mutter to himself, “will get him into trouble one of these days – and me, too, I shouldn’t wonder!”
But it was only after the village carpenter and his young wife had returned from their travels with a brand new baby boy, that the trouble Jacob had for so long anticipated came calling.
“Rabbi, do you think that the carpenter’s wife’s child is truly the carpenter’s son?”
“How many times must I warn you, Elias, about asking such questions? What possible reason would you have to doubt that Mary’s baby is Joseph’s son?”
The boy poked the fire, sending sparks and shadows flying.
“Are you cold, boy? You’re shivering.”
“What I saw and heard that night still makes me shiver, Rabbi.”
“Tell me, then, Elias – what did you see and hear?”
Runt pulled his knees up under his chin and stared into the flames.
“Mary was in her father’s garden. Nothing unusual in that, of course, and I was just about to turn the corner when I noticed that she wasn’t alone. A man, clad all in white, was seated on the garden wall. I say white, but to tell the truth I’m not sure what colour it was. All I know is that there was a glimmering in that garden like moonlight, except that the moon had not yet risen. I ducked down, and hidden by the wall’s shadow, crept closer.”
“And what did you hear, Elias?”
“Words I’ll never forget, Rabbi. The man in white spoke quietly, but I heard every syllable. ‘Do not be afraid, Mary,’ he said, “for you have found favour with God. Very soon you will conceive and bear a son, and you shall call him Jesus. He will be the son of the Most High and of his kingdom there will be no end.’ Mary was taken aback, as you might imagine. ‘But Joseph and I have not yet wed”, she said, ‘and until we do there will be no babies – of that you may be sure!’ The man in white smiled. ‘The Holy Spirit will be with you, and the power of the Most High will overshadow you. A child there will be. A holy child. And he will be the Son of God.’ And as he spoke these words the light about him began to grow brighter. Mary fell to her knees.”
“What did she say, boy, what did she say! Jacob’s eyes were wide and flames were reflected in them.
Runt looked up into the old man’s eager countenance. “She said: ‘Behold, I am the handmaid of the Lord.’ And suddenly the man wasn’t there anymore. Just Mary on her knees, praying in the dark garden. I rose then to go and there, just a few paces before me, stood the man.”
“Did he speak to you, Elias? What did he say?”
“He spoke no word, but somehow I knew that I must say nothing of what I had seen and heard until after the baby was born. Then I could speak of it freely, because the whole world must know who has come among them.”
The old Rabbi fell to his knees and gathered the boy in his arms: “God is with us, Elias!”, he whispered hoarsely, his eyes fixed upon the single brilliant star flaring in his narrow window. “God is with us!”
This short story was originally published in The Waikato Times, The Taranaki Daily News, The Timaru Herald, The Otago Daily Times and The Greymouth Star of Friday, 23 December 2016.
Posted by Chris Trotter at 22:51

I'm the only one.

You do understand you've been right and you are right.

And why not, the ]'middle term' is the ultimate creation of H.s.s.

Having born-again siblings, a problem of the provinces and suburbs, they are completely discredited by me and other sibs by their love of unmerited beliefs over 30 years, which lead always to Trumps.

You are right Chris. Not the fuckwits with money.

I meant 'medium term'. Just a little beyond 'short term', but never near 'long term'.

With reference to Roger Douglas's presentations (I think he too would admit he wasn't a good communicator).

It was hard to ever get up the juice to hate Roger. I mean, you really hope for a hate figure to bring tumbling down your demo-cracy. But there was just nothing there. I'm not even saying he was a cypher. He was common or garden. I'm sure he is a nice guy.

Chris, when Mike Moore and Richard in-charge- of-national-radio-now confronted you so vehemently, they were in the wrong, yet you responded like they had upset your tea set. It was they who betrayed the NZ idea, hence their vehemence. My democratic-socialist great grandfather would have given them their due first, then shouted them down, like so many of the old socialists. Mike Moore and Richard-etc are only NZers by upbringing. You know Norman Douglas better than me, what do you think he has waiting for Roger? Or his Anderton grandfather?

So many of the modern opposers were/are 'individuals', like the pre-35ers admittedly. Which doesn't make them any the less right despite their individualities. I suppose Jim Anderton is the ultimate reality check in our search for blemishless heroes.

We have the doubts, they have the certainties. Tho' that is the real difference between the leftists of pre-35 and us. My great grandfather, who turned all his immediate family into conservative voters, was evangelically certain for 't'cause' to his end at 85 and Walter Nash's oration over his body in Wellington townhall in 1950.