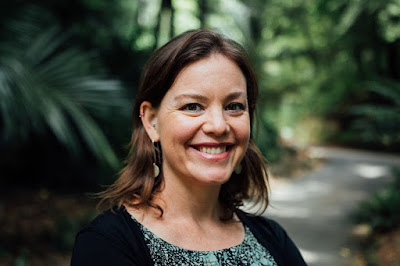 The Pragmatist Most Likely To Succeed: The historical pattern of Green leadership elections is clear. Asked to choose between a candidate associated (at least in the public mind) with radical and/or controversial political causes; and a candidate unburdened by an excess of electorally-negative baggage; the Greens have consistently opted for the latter over the former. In the face of historical precedent, therefore, the smart money would be on Julie Anne Genter – not Marama Davidson.

JULIE ANNE GENTER’s entry into the Greens’ co-leadership race presents Green Party members with a hard choice. Either, they will opt for sentiment and symbolism, and elect Marama Davidson. Or, by electing Genter, signal their determination to prioritise cool-headed pragmatism and substantive policy achievement.

Some commentators have already decided that the Greens’ “activist base” will vote in overwhelmingly numbers for Metiria Turei’s “natural successor”. As both a Maori nationalist and a fervent fighter for social justice, Davidson openly celebrates the sort of street-level agitation that the “Baby Boomer” Greens look back on with pride, and which some Green “Millennials” regard as the only “authentic” way of doing Green politics.

The assumption here is that these “activists” constitute a clear majority of the Green Party’s membership. A swift review of Green leadership elections, however, raises serious doubts as to whether the party membership really is as radical as many New Zealanders believe it to be.

Following the tragic death of Rod Donald in 2005, Green Party members were presented with a choice between Nandor Tanczos and Russel Norman. They chose Norman. A few years later the choice was between Sue Bradford and Metiria Turei. They chose Turei. The last contest was between Kevin Hague and James Shaw. They chose Shaw.

The historical pattern here is clear. Asked to choose between a candidate associated (at least in the public mind) with radical and/or controversial political causes; and a candidate unburdened by an excess of electorally-negative baggage; the Greens have consistently opted for the latter over the former.

In the face of these historical precedents, the smart money would be on Genter – not Davidson.

That historical preference for a safe (or, at least, safer) pair of hands is likely to be accentuated this time around by the traumatic experiences of the 2017 General Election campaign.

Just how likely is it that a majority of the Green Party membership stands ready to embrace a candidate who proudly aligns herself with the radical policies of Metiria the Martyr? Do they really want to witness their female co-leader engaging in ideological fisticuffs with the leaders of the Labour Party and NZ First? Are constant headlines highlighting the policy differences between the coalition partners and their activist sidekicks more, or less, likely to see the Greens lift their share of the Party Vote in 2020?

The political trajectory of the Green Party over the past ten years has been towards precisely the cool-headed pragmatism and substantive policy achievement that Genter, more than any other member of the Green Caucus (with the possible exception of Shaw himself) has come to represent.

At her announcement on Parliament’s forecourt, she told the assembled journalists that she wanted to help the Greens develop a “clear, bold and distinct vision for 2020”.

Decoded, her message is all about presenting voters with the sharpest possible contrast between the Greens’ and the coalition parties’ election manifestos. Genter is betting that the Green Party truly is, as she told waiting journalists, “the future of politics”, and that if the Greens’ vision of a sustainable New Zealand is presented in a way that doesn’t frighten the electorate, then the Greens position in the House can be improved dramatically.

That is a goal which can only be achieved, argues Genter, if her party “manages the risks”. Which is the closest thing to a “dog whistle” anyone is ever likely to hear in the mouth of a Green candidate. The message, aimed at what Genter clearly believes to be the “moderate” Green majority, could not, however be simpler – or more brutal: The last thing we need now, after waiting 20 years for a place in government, is another Metiria!

It’s a dog-whistle to which a great many Green Party ears will prick-up and listen.

Assuming the fight remains a straight-forward contest between Davidson’s symbolism and Genter’s pragmatism, the pragmatist will, almost certainly, join Shaw at the top of her party’s greasy pole.

The entry of a third candidate – most likely the Conservation Minister, Eugenie Sage – would, however, signal an effort by the Greens’ “old hands” to blunt the increasingly sharp edges of the Green Party’s internal differences.

The risk, however, is that the membership might fail to take the hint, and that the moderate vote would be split between Sage and Genter – allowing Davidson to come through the middle. Should that occur, the Minister for Women, and the Associate Minister for Transport and for Health will simply have to put her head down and wait for better weather.

This essay was originally posted on The Daily Blog of Friday, 9 February 2018.
Posted by Chris Trotter at 11:39

If there were three candidates, including E Sage, would the Greens run a FPP vote (opening up the possibility of the moderate vote splitting and a Davidson win)?

Or would the Greens use a preferential vote system?

Even the Labour Party is not so backward-looking as to use FPP for such a vote...

Chris, a very good insightful comment;
from what you have written I believe it should be Genter.
Should that be the case it may cause a split?.

Although somewhat modified subsequently, I took Mr Muller's gambit as a sign that National was still interested in suborning the Greens from their current leftish alignment.

Comes the next election, the Greens will no longer be honour-bound to spurn National's advances.

So what happens next in their leadership line-up might determine whether Jacinda & co get a second term.... and all the more so now that NZ First is bleeding in the polls.

I think people are looking all over the world at *progressives* and what are they seeing?: people with signs saying "We Welcome the Refugees" and Nancy Pelosi filibustering 8 hours for illegal immigrants.
What they aren't seeing from any Green Party is a notion that perhaps less people is more.
In other words the Greens are just a religious cult.
By way of contrast, one Donald Trump
http://thefederalist.com/2018/02/05/trump-isnt-conservative-thats-good-thing/

I wonder how much of a backlash is occurring to RNZ,s compulsory TeReo? People may be feeling disempowered? The Public aren't allowed to know what the Public thinks (thanks to the Chamber of commerce and Mummy and Daddy Progressive). Too much Marama?

"I wonder how much of a backlash is occurring to RNZ,s compulsory TeReo? People may be feeling disempowered?"

Having got that off my chest, let's have a little look at the Federalist article. Interesting, because it's not the usual nutty right wing conspiracy theory complete over the top tinfoil hat sources you normally quote. And they note that Trump isn't a conservative in the classical William F Buckley mould. True enough, apart from the common thread of racism. Interesting though, while they are happy with him attacking the Constitution and the various organs of government, I wonder what they would think if he started attacking the Second Amendment. But enough of that.
We should maybe look at why Trump is attacking these various government apparatuses. Some time ago I posted a very comprehensive list of the reasons why Trump was unfit to be president of the US, and I can't be bothered re-posting it, but let's just say that he is lacking in ethics, empathy, and is workshy. Not to mention that he is a bad businessman – but then the idea that businessmen would run a better government than politicians is a myth.
But let's have a look at his current achievements. Pretty much nil. Apart from enriching himself and his family as the result of gaining office, but then that's just part of his lack of ethics I guess. Even his immigration policy, (and if you could get your head out of your arse on that for a little while and look at the bigger picture it would be nice) while it looks good in the headlines is not that successful. Even if you look at expulsions, Obama was doing pretty well in that respect.
But what about his promises? Has he built a wall? Of course not, it's impossible to do it. And he's probably too dumb to know that. Has he defeated Isis within ninety days? Don't be stupid, that's just his ego speaking. Has he rebuilt any infrastructure? Nope. Has he deported all the illegal immigrants? Deportations have fallen from Obama levels. Has he done anything about health insurance? Fuck no, apart from bugger it up. Has he done anything about the opioid epidemic which he said he was going to cure? Nope. People still can't get the help he promised on the campaign trail. He's done a few things like move the Israeli Embassy, which will do a hell of a lot of good in the Middle East. And he's kept the Guantánamo Bay concentration camp open. But that's about it.
So why he is attacking his own government agencies – largely of course because he's been enriching himself and his family at the expense of the nation and he's worried about being caught. And now someone's admitted that the Russians managed to penetrate at least some of the electoral computer programs and influence the election. So he's probably afraid of the collusion thing as well.
Oh God, I'm at risk of running out of words space here but that's enough for now – so enjoyable!

I prefer Marama Davidson's principles but can now see , in light of JACINDA , force matters. Unless princilpes animate you Like our poor ancestors.