Note To National MPs: Pick Judith, Or The Members Will Pick Her For You. 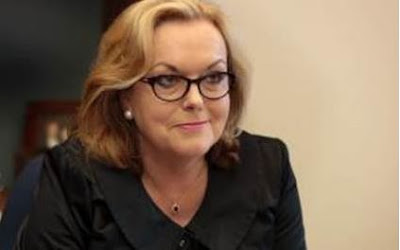 One Way Or Another: If National's members discover that their party's caucus is no longer capable of identifying who, in the largest possible measure, possesses the qualities required to lead the National Party to victory, then they will insist on doing the job themselves.

THE NATIONAL PARTY CAUCUS should make Judith Collins Leader of the Opposition. They should, but they won’t. Like the Labour Party caucus in 2011, the Nats will allow their hearts (or possibly their livers) to over-rule their heads. They’ll opt for the candidate/s they want – rather than the candidate their party needs. And, by telling their party to run-along and let the professionals handle it, they will unleash exactly the same debilitating internal conflict that kept Labour out of power for 9 years.

Why? Because the only lesson to be learnt from history is that human-beings are incapable of learning the lessons of history.

Anyone listening to Judith Collins being interviewed by Guyon Espiner on this morning’s (26/2/18) “Morning Report” couldn’t help but be impressed.

For a start, she had the gumption to show up in RNZ’s Auckland studio. Although all five of the candidates vying for the National Party leadership had been invited, all but Collins declined.

That decision, alone, is enough to disqualify Amy Adams, Simon Bridges, Steven Joyce and Mark Mitchell from leading a round of applause – let alone the largest political party in New Zealand.

More impressive, however, was Collins’ ability to express her thoughts clearly, forcefully, succinctly and with a well-judged measure of good humour. Unlike Amy Adams, she doesn’t gabble. Nor does her tongue appear to be engaged in a wrestling-match with every vowel attempting to make it past her teeth – as is the case with both Simon Bridges and Mark Mitchell.

Only Steven Joyce is competitive with Collins when it comes to articulateness. Unfortunately, he always sounds as if he’s privy to some private joke: something about which his listeners know absolutely nothing. There is about the man a fundamental lack of seriousness which sits very uneasily with the role he is now seeking to play. Conveying the impression that the voters are all just hapless players in some vast cosmic comedy may be acceptable in a highly successful campaign manager – but not in a potential prime minister.

The other explanation for Collins’ articulateness is that she actually has something to say. In marked contrast to the torrent of empty platitudes and/or self-aggrandizing puffery pouring out of the mouths of the other candidates, Collins talks about politics. Given that she is in a race for the political leadership of New Zealand, that is both refreshing and gratifying.

That Collins’ politics is frightening to liberals, socialists and other harmless living creatures is neither here nor there. Said socialists and liberals are not her primary audience.

The New Zealanders Collins is speaking for and to are not the sort to be found in the university common-room – nor yet the secondary-school staff-room. They are not liberal arts students or aspiring film-directors. Not many of them will be found on the factory-floor, in the warehouse, or laying bitumen on the motorway.

Collins supporters are much more likely to be found in small, owner-operated businesses and family-farms. She will get a good hearing from women operating in positions of mid-level responsibility: the working mother who looks after the wages in a medium-sized enterprise; the manager of a retail outlet employing three or four shop assistants. Men of an authoritarian temperament (and there are a lot more of those than most people would like to think) will urge Collins on with lusty cheers.

Most supportive of all, however, will be those wealthy, hard-core conservatives who bridle at the regulatory “madness” of health-and-safety legislation; the enterprise-stifling provisions of the Resource Management Act; and the sheer effrontery of trade unionists and public servants. The sort of people who know that life under free-market capitalism is a zero-sum game – and who have no intention of remaining on the losing side for one second longer than is absolutely necessary.

In short, Collins appeals to the sort of people who have always made up – and continue to make up – the vast bulk of National Party support. The sort of people who do not take kindly to having their clearly expressed preference over-ridden by the ambitious ne’er-do-wells and wannabes who came to them for the money and behind-the-scenes backing required to secure a seat in the New Zealand Parliament.

In short, the sort of people who, should they discover that National’s caucus is no longer capable of identifying who, in the largest possible measure, possesses the qualities required to lead the National Party to victory, will insist on doing the job themselves.

This essay was jointly posted on The Daily Blog and Bowalley Road of Tuesday, 27 February 2018.
Posted by Chris Trotter at 06:50

Spot on. Since Collins threw her hat in the ring it reeked of 'cometh the hour, cometh the (wo)man.'

Ah, but are National MPs thinking "Does he really think Collins is the best person for the job, or is he just saying that because....... " :) I guess we'll find out who it is in a few minutes.

So its the Bridges and Bennett show. Serious mistake but can't help laughing. Even the Nats won't be able to paste over that pair of cracks. What will be interesting is how long before the breakaway club makes its move.

I'm writing this in the knowledge that Crusher hasn't got the job.

Your comments about each of the candidates are both accurate and wise.

For the last 25 years it's seemed to me that Labour was short of talent. Back in 1999, I thought that Helen Clark actually needed the then Alliance to fill up her front bench with adequate people.

But now it's National which, Crusher apart, seems devoid of talent.

Apparently she was a former member of the Labour Party as recently as 1999. A Waikato girl like Arden and Maraagaret Wilson. A rather poorer farmers daughter than Heln Clark. What I didn't expect about Clark was that she was a little New Zealander, that she was pro farming and country, I would have expected her to hate them. I would never have expected Clark to build up the army and the police. Surely that was all takl. She seemed to have them under control for a while but as they say, when the Kats away the mice play.
There are a number of surpriisng thins about Collins she disliked Canterbury law school which in many ways is very much a social joint for rich girls and boys who like to party from the good schools of Christchurch and the Ni East Coast and first geneation tires of a sort. Judith entered the seirous Nat Party as a candidate for Papakura in 2004/5 and became a noted backer of the unlikely Brash a hardliner on social policies of a simila reacitonary sort to those often favoueed atCanterbury university law school. In office Tolley managed to crush one car, Collins none. What a dissapointment I was expecting mass crushin gof bogan cars going up the road from Gore and Mataura to Queenstown. Significnatly Collins eroded our security and defence forces by demanding the Police become part of the five eyes intelligence gatheringa nd release system. Surely they are not an armed service of the same sort, Paul Buchanan and Fran O'Sullivan hld similar views to me at the time. Collins is a bit like the O'Connor brothers from the coast and probably a dangerous socialist interventionist and uathoritarian . You would be wiser to vote and support a military dictatorship like the one they had in Tunisia, Egypt or chile rather than voting in aCollins government

If your spellin' is anything to go by anonymous 14.43 you're an interesting character. Please assume an identifiable nom de and carry on, like a listless slip on a hill no one has any property rights in.