A Different Kind Of Populism. 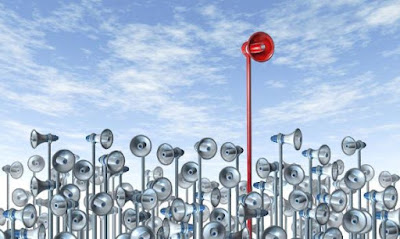 Consider The Counterfactual: What if, instead of Jim Anderton and the Alliance; someone and something very different had emerged from the wreckage of the New Zealand labour movement at the end of the 1980s? A left-wing populist leader: whose trade union background positioned him as the natural foe of the Business Roundtable and all its political hangers-on; but whose staunchly-held and deeply conservative views on social and environmental issues made him persona non grata on the progressive left.

NEW ZEALAND GOT POPULISM early. If you count Rob Muldoon as this country’s first no-holds-barred populist, then the start-date is 1974. If, as most people do, you date the rise of populism in New Zealand from the advent of the NZ First Party in 1993, then our populist-in-chief is Winston Peters – and he’s been kicking around for a quarter-century.

Compared to some of the nastier populist beasts prowling around western democracies these days, Winston scrubs-up pretty well. Oh sure, he’s been known to play the race card from time-to-time, and we wince at his “Two Wongs don’t make a white” “jokes”. But NZ First and its leader have given us no Charlottesvilles; his followers don’t wear uniforms or carry Tiki-Torches. Rob Muldoon was by far the more terrifying populist of the two. When Winston flashes us that 1,000 Watt grin of his, pretty much all is forgiven.

At heart, Winston is a National Party politician of the old school. He was raised under the gentle rule of Keith Holyoake, when the “historic compromise” between capital and labour: born of the Great Depression and World War II; was in full swing. Like Muldoon, Winston was fervent believer in the “property-owning democracy” that New Zealand had grown into as a result of that compromise.

No more than his pugnacious mentor, was Winston willing to surrender the New Zealand that Labour built, and National managed, to the tender mercies of the ideologues in Treasury and the Business Round Table. NZ First’s posture of resistance towards the policies of the so-called “free market” (policies to which both Labour and National insisted there was no alternative) proved to be a particularly durable political stance. Winston’s vision of what their country once was – and could be again – is shared by many thousands of New Zealanders.

Why then did Jim Anderton’s Alliance fail? It’s a question often asked by those who place themselves on the left of the political spectrum. After all, Anderton had also believed in the social-democratic New Zealand laid low by Roger Douglas and Ruth Richardson. What’s more, he and the Alliance had a much more fully-developed programme to restore it than NZ First had ever bothered to offer the electorate.

The Alliance’s problem – and, therefore, Jim’s problem – was that its most effective constituent parties, the NewLabour Party and the Greens, saw themselves as radically progressive political and social movements, and the Alliance itself as a vehicle for carrying New Zealand well beyond the timid compromises of the immediate post-war era. This was not what Jim wanted, but having placed himself at the head of the Labour Left, he had no choice but to follow along, muttering, behind his younger, much more radical, comrades.

The terrorist attack of 9/11 and the subsequent US assault on Al Qaida’s Afghan hosts – which Jim Anderton instinctively supported and which his anti-war baby-boom comrades just as instinctively opposed – was what brought the Alliance down. Jim and his Progressive Party limped along for another six years – and then it was over.

But, what if, instead of Jim Anderton; instead of the Alliance; someone and something very different had emerged from the wreckage of the New Zealand labour movement at the end of the 1980s? A left-wing populist leader: whose trade union background positioned him as the natural foe of the Business Roundtable and all its political hangers-on; but whose staunchly-held and deeply conservative views on social and environmental issues made him persona non grata on the progressive left. Someone with Mike Moore’s impeccable working-class credentials but lacking the enormous chip that Mike always carried on his shoulder. Someone who, unlike Moore, had refused to drink the neoliberal Kool-Aid, but who possessed every bit of Mike’s cut-through political wit – and then some.

Had a leader like that emerged to break the working-class out of the economically and socially liberal corral into which its largely middle-class parliamentary leadership had penned it, then the shape of twenty-first century politics in New Zealand could have been very different.

Under MMP, an economically radical but socially conservative “Justice Party”, led by the sort of leader described above, would have been able to clear the 5 percent threshold without difficulty. An advocate of state ownership and intervention; a supporter of both trade unionism and trade protectionism; strong on law and order; sceptical of welfare’s enduring utility; unconvinced by feminism, biculturalism and environmentalism; scornful of gay rights; and openly hostile towards multiculturalism and the multi-ethnic immigration it sanctioned; such a party would have separated Labour from a strategically significant chunk of its electoral base and turned NZ First into a National-supporting country party. Among white, working-class males it would have been huge.

Could such a party still emerge to challenge the socially-liberal Left? Not while the economy keeps ticking away. Not while Jacinda’s stardust continues to dazzle the voters. But, if History teaches us anything, it’s that the ingredients for disaster are never far from the reach of those who believe that crisis and opportunity go together like gasoline and open flames.

Cometh the hour, cometh the man with the comb-over.

This essay was originally posted on The Daily Blog of Thursday, 13 September 2018.
Posted by Chris Trotter at 11:55

If only Chris. It aint gonna happen. Actually Jacinda's emergence has destroyed that possibility. And the troops who may have helped it to happen, like me, are like me also - too bloody old and lacking any energy to do so. For me it goes back to the 1991 Employment Contracts Act that actually destroyed me.

Cometh the hour Chris, that answers your what if postulation. That leader and party did not emerge because it was the wrong hour.

I was pondering the rise of the new centrist conservative web phenomenon, most ably encapsulated by Jordan Peterson who has emerged like a supernova. This is no accident, there was a massive vacuum in the place where a counter dialogue to post modernism needed to be. The hour was right for a Peterson.

If we are looking for a vacuum for a man or woman to fill in NZ today I'd suggest that neither National nor Labour represent conservative values, they are too mired in neo liberalism. The people will respond to somebody who does not postulate market dogma or neo Marxist social theory...an empiricist who says "look at this, it's the way things really are, clear as day" who will attract those who doubt the current orthodoxy.

I like that. I've often wondered, since 1987, what has happened to 'my' Labour Party. It seems to have evaporated into a mist of feminists, neo-liberals, multiculturalists, careerists and queers.

Surely the birth of New Zealand populism was with Seddon in 1893 - who was alsp, of course, a left-wing populist?

because Jacinda's friendly personality together with a "fiscally responsible govt." and systematic public and private wealth ownership creation through the new NZ Super Fund and KiwiSaver participation by all "from cradle to grave" -

is bound to take us to an even "sweeter" New Zealand than the friendly one we remember from the decades after World War 2, namely -

property ownership by 100% of citizens and better sustainable welfare through relatively stabilizing or diminishing welfare needs.

Winston is an idiot, to philo-sophers. Indolence and brilliance-flashes, each reinforcing the other. Some great mother from the sky is due to come down and 'correct' him.

Amid the utility of political tactics...But the Left is about truth. Politics without that is ultimately about dear combustible 2nd cousin America.

You know what, old, white, and male as I am, I don't want a socially conservative populist left-wing party. It's time we realised that what people do in their bedrooms is no one else's damn business, and that women should be equal partners in politics and life.
Of course I remember Charles and JH some time ago saying that women have achieved equality and have no further problems. Just before all the fuss came out about sexual harassment and rape on the job and what have you. (Bad prediction that, and I could go on about others but no mind) conservatives of course – social conservatives anyway – don't seem to realise that you can pass all the laws you like, it's how they are applied or not that counts.
And of course we tend to these days lacked the skilled workers who led the charge for left-wing policies. They are either overseas – foreigners working for slave wages, or they've been forced into some sort of small business situation, or into the gig economy, where they're less likely to vote for the sort of Labour party you want I suspect. Not without unionising anyway.

Well said Nick J, the culture war we are in is a very different beast to the class war.
Here's a very good discussion from Rebel Wisdom with lefty author and journalist Tim Lott.
"In this, he discusses with Rebel Wisdom's David Fuller how the 'left' has changed in his lifetime - what the current left could learn from Jordan Peterson's thought, and the effect that a new ideological thinking is having on art and literature."
https://youtu.be/yRmvzqc8BkU

Neil
That is very interesting. Can you give a breakdown of numbers who are factually members of each group mentioned? And then how many will be left that are free of those leanings (as far as you know)?