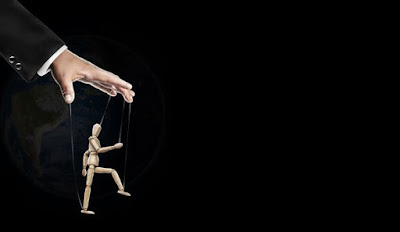 Marching In Step: What so many of our politicians and pundits appear to expect from government, even when it is composed of two or more political parties, is strict military discipline at every level. The orders of the Prime Minister, like the orders of a generalissimo, must not be countermanded. Cabinet ministers assume the role of said generalissimo’s staff officers and the remaining backbench MPs become her troops.

SOMETHING IS GROWING in the New Zealand brain. An authoritarian tumour whose rapid expansion is triggering increasingly morbid symptoms in the body politic. Institutions and professions upon which New Zealanders traditionally relied for wisdom and good judgement have taken to displaying neither. Our national discourse has taken on a brutish quality: a coarseness and violence which discourages the participation of all but the most resilient of citizens.

Nowhere is the evidence of this authoritarian tumour more clearly on display than in the relentless disparagement of the coalition government led by Jacinda Ardern and Winston Peters. The lively reality of its tripartite character strikes an alarming number of pundits and politicians as evidence of a profound malfunctioning in the country’s political system. That the malfunction identified by these “experts” turns out to be democracy itself is even more alarming.

That there should be sharp disagreements between three quite different political parties and their respective leaders should surprise no one – especially when those parties have collectively assumed responsibility for governing the nation. As citizens, we are protected by the constitutional requirement that our governments must, at all times, command a majority in the House of Representatives. If, therefore, it is to go on governing, all disagreements within and between the component parts of that majority, no matter how sharp, must be resolved. If a resolution of differences cannot be achieved, then the responsibility must be returned to us – the voters.

How, then, to explain the near panic displayed by a phalanx of right-wing politicians and pundits whenever these entirely predictable disagreements between the coalition government’s members are aired in public? What is it that they expect from government, when evidence of debate – even open dissent – can throw them into such an agitated state?

There is only one credible answer to this question – and it is deeply troubling. What so many of our politicians and pundits expect from government, even when it is composed of two or more political parties, is strict military discipline at every level. The orders of the Prime Minister, like the orders of a generalissimo, must not be countermanded. Cabinet ministers assume the role of said generalissimo’s staff officers and the remaining backbench MPs become her troops.

But a political party is not an army. Whoever, outside of a revolution, heard of soldiers electing their generals! Why then do so many professional politics-watchers consider disagreement within a government’s ranks to be evidence of, at best, insubordination, or, at worst, mutiny? Why is the inevitable churn of political “Ins” and “Outs” invariably described as “a leadership coup” – as if changing leaders is an inherently bad thing to do?

Could it be that the reason the Right becomes so agitated at the sight of discussion and debate within the ranks of government is that it comports so uncomfortably with the way the people who elect governments are expected to live their daily lives? The complex hierarchies of the workplace, no less than those of the armed forces, owe nothing to democracy. Whoever, outside of a revolution, heard of workers electing their boss!

Could it be that the politicians and pundits of the Right are more likely than not to consider an undisciplined government to be guilty of letting the side down? After all, if ordinary citizens see their prime minister shrug-off the occasional disagreement between her and her deputy as simply democracy in action, then why can’t their bosses? If debate, even dissent, is treated by coalition party leaders as a healthy sign of political life – rather than a sacking offence – then why shouldn’t they have a say in how their workplace is run?

As corporate-style “governance” has acquired an ever-greater purchase over our lives; as all the countervailing powers within the workplace – viz: trade unions – have shrunk in influence; the huge discrepancy between the democratic freedom and equality that is supposed to characterise our political selves, and the exploitation and servitude which increasingly characterises our economic selves, acquires an decidedly subversive aspect.

The morbid authoritarian tumour which is taking over more and more of the New Zealand brain is in danger of extinguishing completely our national disinclination toward bending the knee to bullies, along with our much admired habit of thinking for ourselves. A government that’s willing to model both of these quintessentially Kiwi characteristics is to be commended – not condemned.

This essay was originally published in The Otago Daily Times and The Greymouth Star of Friday, 21 September 2018.
Posted by Chris Trotter at 12:13

I'm not convinced that right-wing politicians and pundits are sufficiently coherent thinkers to consciously fear that if the public see genuine democracy in action in government, they will want to extend that to their workplaces. Perhaps it might work at a more visceral level though.
Also National and their supporters always wanted to believe that the Coalition would disintegrate in acrimony. It was the self-consoling myth they constructed to get over the grief of losing the election. So it’s no surprise that it took only the slightest scent of friction in the Coalition to have them indulging in wild exaggerations.
I also feel that there is a large dose of cynicism in all this. Those right-wing politicians and pundits know how Government works, they know that these things happen, but they re going to extract all the political advantage from it they can.

Those reservations aside, I agree. New Zealanders appetite for seamless, top-down, no disagreements governance is disturbing. It is, as John Ralston Saul said, very strange for a supposedly democratic people to crave strong leadership

It's all about the clicks Chris. The news media is fast becoming a digital only medium and clicks mean revenue, and survival. Therefore they need to generate interest from the public and there is nothing better than a screaming headline to do just that.

I fear you have missed the point here Chris. Those I converse with are far more amused by the internecine strife of the COL, but horrified by the total lack of competence that is flowing from this collection of misfits. A plague on all their houses.

In the meantime Jacinda Ardern and Winston Peters make hay.

Nobody expects Jacinda to be laying down the law with a clear vision of where we're heading. Virtue signalling is all we'll get from her and she doesn't have the mana to exert her will on anybody. She's not Helen Clark by a long shot.

I doubt many people want a strong leader dominating proceedings anyway. We voted for MMP to stop that kind of hijacking of the country.

Competence would be nice... but plainly optional with this crew.

I voted National but I'm really enjoying this government and I'm ecstatic that you got Winnie! Long may the death spiral continue. NZ First and the odious Greens below 5% in two years!

Anything but a right-wing government is a "disaster" to business. They never seem to take responsibility for shaping the business world they create, if it goes awry that is a politicians fault.

If the wheels don't come off our bicultural partnership they should. Jan Thomas wants a "te tiritti led university". Criticism of the process and it's underlying assumptions is "hate speech" and Jan Thomas has done her damndest to keep Don Brash away. Meanwhile a classics lecturer objects citing the classics. Surely if Maori culture is up to the task it wouldn't need mollycoddling and trainer wheels? Which is it the wisdom of the classists or a small tribal group locked away by geographical isolation from the rest of humanity?
http://www.massey.ac.nz/massey/about-massey/news/article.cfm?mnarticle_uuid=21923A57-2AFA-4A0C-8F13-DB464C0D293B

We have lost our spirit in NZ. Conformism is everything. Obvious faults in our governance and business dealings continue without a major response and demand for change. Those who are free to bring them to notice (not all are so able) are ignored or get the pass-the-parcel SEP response from authority.
I notice now that the dispirited people are shocked if you exert some small personal clout by not jumping to obey an order or demand immediately.

I talk to wealthy and middle-class and the retired - they are happy with the present culture. They have a pocketful of mumbles about the poor causing their own pain which they hand out for gob-stoppers.