Tales From A Possible Future: Expanding The Tax Working Group. 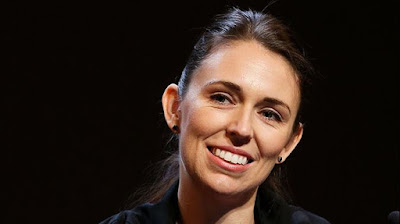 A Very Different Proposition: "But surely you see, Grant,”, Prime Minister Ardern is said to have continued, “a tiny group of experts primed to deliver what have already been pretty clearly signalled as the new government’s tax policy objectives, will be met with entirely justified public scepticism."

THE FIRST SIGN that Jacinda Ardern’s would be a very different sort of Labour Government came early.

On the subject of the much-ballyhooed “Tax Working Group”, the near universal assumption had been that it would be comprised almost entirely of the Treasury’s “usual suspects”. The pundits were equally certain that the Group’s terms-of-reference would be exceedingly narrow and its findings untroublingly predictable. A technocratic solution to a political problem born of Labour’s chronic ideological muddle. So far, so conventional.

Quite what the Finance Minister, Grant Robertson, thought when Jacinda responded to his short list of reliable experts by presenting him with a much longer list of her own making, he has, so far, kept to himself. Those present in the room all agree that he looked shocked. His definition of a “working group”, and the Prime Minister’s, were clearly a long way apart.

Rather than simply gathering half-a-dozen senior accountants, bank economists and professors of economics, the Prime Minister’s list brought together a much larger, and more representative, group of New Zealanders. Using the “Water Forum” (created by the former National Government to come up with a consensual solution to the vexed question of how to manage New Zealand’s water resources) as her model, Jacinda had nominated groups and individuals with a proven interest in fashioning an equitable taxation system. Business groups and trade unions, churches and charities, academics and activists; the Prime Minister’s Working Group would be tasked with presenting her and the Finance Minister with a set of recommendations based on the broadest possible societal consensus.

The scuttlebutt doing the rounds of the Press Gallery has Robertson objecting in the most direct fashion that the Prime Minister’s version of the Working Group had not been presented to the electorate before the election and represented a radical departure from their expectations about its composition and scope. “What’s more,” he is said to have added acidly, “neither myself nor Treasury have been appraised of your intentions on this matter.”

The Prime Minister’s response was to reassure him that the expanded Working Group she was proposing couldn’t possibly proceed without the endorsement of the Finance Minister. Her Revenue Minister, David Parker, had been adamant on that score.

“But surely you see, Grant,”, the Prime Minister is said to have continued, “a tiny group of experts primed to deliver what have already been pretty clearly signalled as the new government’s tax policy objectives, will be met with entirely justified public scepticism. By radically expanding the Working Group’s membership, and giving them the broadest possible terms-of-reference, we can generate an unprecedented level of public interest and engagement in the project. Instead of a cynical exercise in bog-level perception management, the inquiry I’m proposing will become a full-scale and exciting exercise in participatory democracy. People will know that our ‘Let’s do this’ tagline is something more than just another of those election slogans that last for the duration of the campaign and then get thrown away.”

Robertson warned Jacinda that if she persisted with her plan, her Government would be torn apart by the media for attempting to turn New Zealand into the South Pacific’s very own version of Venezuela.

“Are you really telling me,” the Prime Minister responded, “that the only experts acceptable to our friends in the media are those who haven’t the slightest idea what it’s like to live on the minimum wage, or exist on a benefit? That they simply will not concede that there is more than one type of expertise when it comes to the effect of taxation on ordinary people’s lives? Surely, you’re not suggesting, Grant, that our government’s room-for-manoeuvre politically extends no further than the prejudices of New Zealand’s most reactionary journalists?”

Robertson then demanded to know whether the Greens and NZ First had been involved in the formulation of the policy she was putting forward.

“I have discussed the possibility of using National’s “Water Forum” as the model for our Tax Working Group, yes. And I have to tell you, Grant, that both James and Winston are enthusiastic. Like me, they see this as an excellent way of showing the electorate that their new government is a very different proposition from any of its predecessors. That, when it comes to economic and social policy, this government is determined to take the people with it. That the days of a dangerously isolated, neoliberal political class telling voters what’s good for them are over.”

Robertson is said to have remained silent for what seemed, to all those present, a very long time. Then, signalling his acceptance of his long-time friend and ally’s proposal with a wry grin, he is supposed to have said: “You’re not by any chance hiding a trio of dragons on the Beehive’s Ninth Floor, are you, Jacinda?”

This essay was originally posted on The Daily Blog of Saturday, 9 September 2017.
Posted by Chris Trotter at 08:17

"Robertson warned Jacinda that if she persisted with her plan, her Government would be torn apart by the media for attempting to turn New Zealand into the South Pacific’s very own version of Venezuela."

Unfortunately she is likely to need her dragons to avoid becoming the Venezuela of the South Pacific under those circumstances , and the media are only the mouth pieces of the forces that would be mobilised. Fortunately though , we don't as far as we know have the largest known oil reserves on the planet, so we may go under the radar for a while.

Jacinda Ardern is playing a sleight of hand game by not informing the NZ people of the consequences of the "wait and see what happens", after you elect a Labour led government.
Jacinda and her team ,led by Robertson are devious.
It seems that people are beginning to sense what's in the murk, I see a demand for more information starting to develop amongst voters.

The Venezuela flu is starting to wilt under the unanswered and less than fully answered questions from the people.

Money used to buy much more influence then it does now.

Like your hologram of Princess Leia, She entrusted her message to a faithful droid? who delivered. I hope Robertson is as valuable a vessel as his roly poly film version was.

WE will have to wait and see.

All for a wide remit and as broad a group of participants in the tax review as can be achieved. Participatory democracy actually mentioned. Great.! It will take more time, but real deliberation is slow. Some signs that Labour may be more than National lite.

Labours tax working group might recommend reducing GST as a swap for a CGT. Wouldn't that be poetic justice.

Sounds a little like our Think tank on homelessness 2012 (which included homeless people)... it's just this kind of blue skies thinking a new left government needs.

Re-write economy with egalitarianism at the fore and ECO key to eco-nomy.

We had the Royal commission on social policy under Lange didn't we? How did that work out? Ignored and/or road roughshod over by Roger Douglas and the like. If she's going to do something like this, she'd better start marginalising some of the RWNJ's in the Labour caucus.
God I really must do editing a bit better. :)

Really like that idea Barry
If alert people change their way of writing the word to - eco-nomy - it makes a noticeable point every time it is written. An annoying splinter that can't be dug out of the mind, incorporating the whole message of urgent need for change intrinsic in the word.

In the absence of real policy changes to show Labour moving to the left, Chris Trotter resorts (not for the first time) to fanfiction. I look forward to the next one, where Winston and Gareth Morgan confess their long held secret love for eachother.

Whatever Labour does with the recommendations of any "working group" I can only agree with the general sentiments of GS@07:58. I would go further and say that the sycophantic celebrity loving commentators who currently inhabit the MSM need severe reigning in or be replaced. We all know who they are, they know we know who they are and they need to be made bluntly aware that their opinionated spin has no place in the running of this country. We want real investigative journalism that scrutinizes govt policy and holds ALL politicians to account.

I really enjoy this blog. In the latest expansive idea Anonymous, whatever that is, of 10.41 10/9 has dreamed up a fascinating pairing which would rival the climactic confrontation with locked horns between Brobdingnagian mythical beasts.

But I think Chris is using scenario vision which is a binocular way of looking into a future as yet uncertain but trying for a clear outline of what is to come. And is less like fiction than Winnie and Gareth paddling the lifeboat together, no doubt facing different ports.

If your account is accurate and I presume it is, then Jacinda who is a close friend and colleague of Grant, has significantly outsmarted him and challenged his own odd neo liberalism on this particular matter.

What however is more important is that she's resilient and tough beneath that so called "start dust" exterior and prepared to put even a valued friendship at risk to advocate her strong and remarkably fresh views.

The odd thing with the media as we know with the totally inept so called "moderating" of the Stuff/Press town hall meeting in Chch, is that so called Press gallery experts can be anything but and certainly in this occasion with Tracy Watkins. We have in my 50 years in politics, the worst standard of journalism I've ever seen in the Press Gallery, with a few exceptions, no doubt influenced by 3 terms of sycophancy to Key.