Andrew Little: Wanted And Wondered At 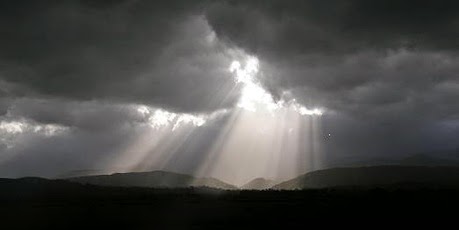 Here Comes The Sun: Andrew Little's political career has prospered in no small way by the care he has taken to mask both his ambition and his talent until the most propitious moment. Like Shakespeare's Prince Hal he has imitated the sun; hiding his brilliance behind "base contagious clouds" until the moment "when he please again to be himself" so that "being wanted, he may be more wondered at".
HAS THERE EVER BEEN a leader who commanded absolute loyalty? A king, a party boss, a prime minister so blessed with the attributes of leadership that not even one of his barons, ward-heelers or cabinet ministers ever felt moved to ask the question: “Why not me?”
Even in the court of King Arthur, Mordred plotted murder and ruin. The “one brief shining moment” that was the Kennedy White House shivered in the shadow of Lyndon Johnson’s unappeasable ambition. On the plane-ride back from Norman Kirk’s Waimate funeral his colleagues lobbied furiously for the numbers to succeed him.
The acid of political power dissolves all friendships, all pacts, all solemn pledges of loyalty. All leaders knows this and conduct themselves accordingly. On the battlefield, they bring victory. At the ballot box, more votes than their opponents. On the Government Benches, favourable polls and reliable majorities.
The moment a leader fails to furnish the victories, votes and validation promised to his followers, challenges – and challengers – are inevitable.
Power belongs to those with courage to take it – and the skill to wield it.
Which is why the initial conclusions of Labour’s election review panel made me chuckle. One of the reasons the party performed so poorly, reported the four wise heads appointed to identify where Labour went wrong in 2014, is that its parliamentary caucus failed to unite around the leadership of David Cunliffe.
Well, duh!
David Cunliffe knew that he faced a caucus full of enemies when he put his name forward for the Labour leadership. What he did not appear to understand was how urgently he needed to neutralise that enmity.
In this respect, the behaviour of Mr Cunliffe’s successor is instructive.
To begin at the beginning: Andrew Little’s whole parliamentary career appears to have been inspired by Prince Hal’s soliloquy from Shakespeare’s Henry IV, Part One:
Yet herein will I imitate the sun,
Who doth permit the base contagious clouds
To smother up his beauty from the world,
That, when he please again to be himself,
Being wanted, he may be more wonder’d at,
By breaking through the foul and ugly mists
Of vapours that did seem to strangle him.
There are times when one’s leadership ambitions are better served by keeping them hidden than by openly parading them before one’s colleagues and the world. Like Prince Hal, Mr Little was at pains to smother up his leadership qualities until such time as his party had most need of them. 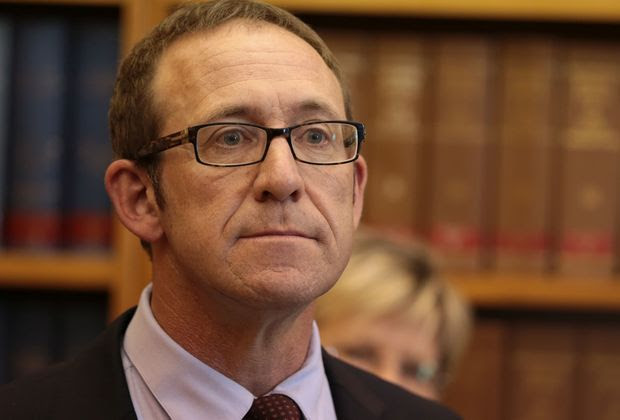 ﻿
Prince Hal In Glasses? Labour's Andrew Little.
And what a masterful job he made of it! As far as most of the political class was concerned there was very little to be hoped for from Mr Little’s wafer-thin victory over Grant Robertson. Commentators almost gloated that Labour’s new leader was everybody’s second choice; had never won a seat; carried neither his caucus nor the party membership; and almost didn’t make it into Parliament at all! Needless to say, the wider electorate’s expectations were similarly modest.
But Mr Little, like Prince Hal, understood that:
By how much better than my word I am,
By so much shall I falsify men’s hopes.
Far from being “a modest little man, with much to be modest about” – as Winston Churchill famously described his nemesis, Clement Atlee – Mr Little burst out of Labour’s corner with his dander well-and-truly up, landing punches on a Prime Minister whose reaction to this new leader’s wholly unexpected onslaught was almost as disbelieving as the Press Gallery’s.
For the first time in a long time the whole of the Labour Party experienced that surge of energy and hope that comes from seeing one’s champion lay low the enemy’s best fighter. MPs, party grandees, union bosses and ordinary members alike heard Mr Little tell the Prime Minister to “cut the crap” and knew that Labour had, at long last, a leader worthy of the name.
Mr Cunliffe failed dismally to unite his caucus for the very simple reason that nothing he did gave his enemies cause to cease questioning his right to lead them. Like a medieval king defeated on the field of battle, Mr Cunliffe was forced to endure, through the whole duration of his long retreat, the contemptuous scorn and open hostility of his embarrassed barons.
Mr Little, by contrast, having demonstrated the requisite courage and skill, can now present that surest proof of leadership.
Followers.
This essay was originally published in The Waikato Times, The Taranaki Daily News, The Timaru Herald, The Otago Daily Times and The Greymouth Star of Friday, 12 December 2014.
Posted by Chris Trotter at 08:06

I'm hoping against hope that Andrew Little's ascendency to Labour Leadership heralds the beginning of the end of personality-driven politics. Give me principles over charisma any day of the week!

And great to see you supporting a Labour leader Chris? When was the last time?

I have an idea to curtail a bit of ambition later which could stuff up the works - limit Labour PM's to TWO terms, just like American presidents.

early days and one swallow does not a summer make etc....

Don't forget he has to strike a chord with the people not just Labour activists. That will be hard: will they accept what they "deserve to hear?"
The great leaders like Dick Seddon stood in front of a crowd and empathised whereas Labour introduced multiculturalism (open borders); it has to sell unity in diversity. Some may not get it. Oxytocin is the hormone of the clan, not the brotherhood of man.
Having said that if anyone can pull it off it is what's his name.

Labour has a class issue :
“Dixson (1999: 33) argues that Anglo society in European Australia,
from its late 18th-century beginnings until the mid-20th-century or so, was
dominated by the lower-middle (working) and middle classes. But with the
onset of global economic restructuring from the mid-1970s and the decline
of the manufacturing sector, there has been a shift away from the lower-
middle and middle-class basis of Anglo dominance in favour of a new
managerial-professional class based on the new knowledge economy. “

“As Betts argues, a deep divide has emerged:

between professionally-educated internationalists and cosmopolitans (people
who are attracted to the wider world of ‘overseas’ . . .) and the much larger
numbers of lower-class parochials who value the [pre-existing] character of their
national home . . . (1999: 3) “

“the new cosmo-multiculturalist class is in practice more
cosmopolitan than multicultural, having little involvement with, or concern
for, dominantly working-class immigrant groups and remaining culturally
inclined to Australo-British hegemony. “

http://www.uws.edu.au/__data/assets/pdf_file/0008/29645/A23.pdf
Well off pricks enjoyng the good life. Without getting their hands dirty.

NZ Geographic
"A little further up the road, Spoonley asks me to stop so he can tell the other park rangers about the man.
“Sorry about doing that to you,” he says later. “I worked in a freezing works for five years and I was a slaughterman. I worked in a gang of seven, and five of them were Mongrel Mob members. I am very much a middle—class Pakeha but those sorts of guys, I spent a lot of my younger life with."
...
Not on CV so holiday job?

Academic support for the NZ First stance attracted death squads from academia, yet on re-evaluation the gist of what he wrote would still pass muster:
"When assessing the effects of intense housing, it comes down to what people value, and intensification stands in the face of a tradition of stand alone houses. The archetypical cultural description of New Zealand was The Half Gallon, Quarter Acre, Pavlova Paradise; a phrase adopted from a book by Austin Mitchell. The ‘quarter acre’ refers to the size of the land section, a key aspect in the formula for the NZ ‘paradise’. The stand alone house with large section was fundamental to the New Zealand lifestyle which enabled families to have gardens, and children grew up physically robust from playing in yards and climbing trees.
However, not all New Zealanders want to live in such large sections,families are getting smaller and some people simply prefer to live in housing units without the hassle of a garden.

Given this conflict of views and research, it is hard to come to any firm conclusions as to whether intensification is a cost or not, although it definitely constitutes cultural shift. Some aspects of intensification are easy to identify. As places like Browns Bay are turned into high rise centres, natural elements will be replaced by man-made structures; parking and access to
the beach will become more difficult, and the gentle beach culture will be replaced by something very different. Intensification represents a significant change in New Zealand’s
life-style, as stand alone dwellings have been, by far the most popular form of dwelling (Auckland Regional Council 2003). But does change signify a cost? In Australia and North America, there is strong evidence of community resistance to intensification in an effort to
preserve the character and heritage of neighbourhoods. This suggests that to at least part of the community, it is a very real cost, but how widely are those values shared? "

Quite a difference in the academic standard required for Clydesdales' position than a Vice Chancellor:
Population Needed to Drive Economy…off a Cliff
http://growthbiasbusted.xtomic.com/submit-a-story/entry/population-needed-to-drive-economy-off-a-cliff