In The Bonds Of Love We Meet 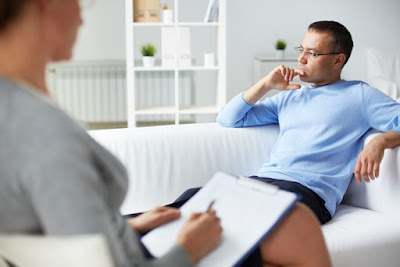 Ready To Work? The National Government's use of "Social Bonds" to reintegrate the mentally ill into the workforce will test the limits of the private sector's willingness to risk serious cash in attempting to resolve what the State long ago recognised as a knot of extremely complex and often intractable clinical conditions. How many corners will investors feel obliged to cut in order to protect their investment?
IMAGINE YOU’RE A SMALL EMPLOYER, and in need of an appropriately qualified and experienced assistant. You place an ad’ on Seek and, to your intense irritation, nothing happens. A not uncommon experience for small employers seeking qualified staff. New Zealand, it seems, has an overabundance of people without marketable skills, and a serious shortage of the sort of people small businesses need to become large ones.
Then, a week or so later, an e-mail arrives from an outfit calling itself the Employment Therapy Trust. Funded by the sale of Social Bonds to an impressive array of “good corporate citizens”, the Trust’s mandate is to facilitate the transition of mentally ill persons from state-supported living to productive work.
“The Trust is aware that your company is seeking the services of an appropriately qualified and experienced person”, the Trust’s e-mail observes. “We are confident that one of our current clients fulfils all of the requirements specified in your advertisement. Should you wish to discuss this offer further, or arrange an interview with our client, please do not hesitate to get in touch.”
What do you do? Your need for a capable assistant grows more urgent with every passing week, but the stigma of mental illness is very strong. How will your other employees react? Not to mention your customers? What if the “therapy” doesn’t work and the person becomes disruptive – dangerous even? There are a lot of factors to consider.
You decide to have a chat with someone from The Employment Therapy Trust.
What she tells you makes you wonder whether or not you’re in the right business.
The Trust is only a few months old, but already it has amassed working capital of around $5 million through the sale of special, government-issued, Social Bonds. Using this money, the Trust is offering Employers a substantial subsidy on the salary of any client hired for a period of not less than 90 days. Clients still in employment at the end of three months, the Trust’s representative informs you, are deemed by the Ministry of Health to have made a successful transition from welfare to work. If the Trust repeats this exercise to the extent specified in its contract with the Ministry, the holders of the Trust’s Social Bonds receive a generous dividend.
“Why only three months?” you ask the Trust’s representative. “Why not six months – or a year?”
She tells you that a period exceeding the specified three months would not only be too expensive for the Trust to subsidise, but that there was also considerable reluctance on the part of potential bondholders to support a longer transition period. Investors were fearful that the Trust’s clients might not be able to cope with a period of paid employment longer than 90 days.
“And the Government is prepared to wear this?” you ask, incredulously.
She explains that the Government’s priority is to reduce the cost to the taxpayer of supporting beneficiaries over the course of their whole lifetimes. The best way to do this, she says, is to come up with new ways of getting beneficiaries off the welfare rolls and keeping them off.
“That’s much easier to do”, she says, winking wickedly, “if the responsibility for helping beneficiaries transition from welfare to work is taken out of the hands of traditional service providers – public servants – and transferred to purpose-built private-sector providers like the Employment Therapy Trust.”
“Because once you’ve signed off a client as having held down a job for three months,” you respond, “that’s it. He’s cured. Off your hands.”
“And off the Government’s books!” she replies triumphantly.
“And everybody wins! The Government, by reducing the fiscal burden of long-term state dependency. The Trust, by keeping its contract. The Social Bond holders, by receiving a whacking great dollop of interest. The company, by filling its vacancy. And, hopefully, the client, through the multiple therapeutic benefits of re-joining the workforce!”
“That’s it exactly”, smiles the Trust’s representative.
You peruse, once again, the excellent CV she has handed you.
“And what happens if your client’s mental illness reasserts itself four or five months into his time with the company? What if his medication has to be increased and he’s no longer capable of doing the job?”
“Well,” she smiles, handing over her card, “you just give me a call. There’s plenty more where he came from!”
This essay was originally published in The Waikato Times, The Taranaki Daily News, The Timaru Herald, The Otago Daily Times and The Greymouth Star of Friday, 5 June 2015.
Posted by Chris Trotter at 15:17

THAT – as I learned when I was studying government – is the difference between efficiency and effectiveness.

I like your scenario Chris - painted as somewhat realistic for what is proposed by the government (though I would suggest they may aim as much towards ex-crims as much as mental health folk.

The question you have to ask is this.

Under the above scenario, if say 70% of those people stay in full time work after the three month period - surely this would be a good result.

If however 70% of them fail then this would indicate that the program is ineffective.

Wouldn't trying this be better than just writing them off as a lost cause and throw weekly benefit bandaids at them for the rest of their life?

Chris your narrative certainly illustrates that there is one way traffic in the bond system. Why is there no investment in changing the way business is conducted so that people with mental and all kinds of disabilities are supported in the workplace.