Lecretia's Legacy: A Matter Of Life And Death. 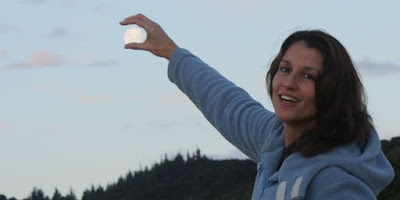 Your essay on Lecretia speaks well of all the matters and emotions raised from her situation. What a fine person she was. It is so hard for some people to see beyond their own self-regarding desires and fears to the issue of people having this ultimate human right. This choice of time of death made rationally, with the rational desire to have assistance if needed to facilitate one's passing raises the hackles of many. Lecretia helped to break through the barriers constantly raised, to get to the nub of the matter.

There are people who fear that family will hasten death because of financial reasons, so choice of dying should not be considered. But actually ethics, compassion and practical considerations may combine in the mind of the person wishing death. The disabled community fear they will be less valued than now and not have life extending assistance offered if there is another option. Medical, hospice and palliative care personel would deny the person choice, they take ownership of this body and mind in total, it seems. Religious also, talk about God's rights and then themselves assume control in his name, not considering
that they are deliberately denying the person from meeting their God when they wish. All put their own interests before that of the person wishing to remove themselves from the angst of living.

A legal process that was reasonable and accessable enabling the capable person to follow set steps is necessary. It would be rational and ethical, considering individual rights. We also cannot just shy away from the fiscal and physical requirements to care for the unnatural growing numbers of long-lived people that heart and other medication facilitate. The people who are past the stage of consciousness, or of rationality, dying slowly with loss of mind and body, are another case needing their particular legal controls, bearing in mind financial and physical cost considerations ensuing from such long-term enduring half-life.

I don't know whether this is too long, rather than a short comment on your points Chris. If you think it is, could you indicate and I will limit in future.

Thoughts on Chris's caption to Lecretia's image.
In a society that seems at times positively terrified of thinking seriously about anything, she invited us to shake off our more familiar roles as consumers, viewers, texters and takers of endless selfies, to become, if only for a little while, citizens.

Janis Ian wrote a plaintive little song about the angst of living and dealing with the real world, called At Seventeen. It touches on girls who find an easy path early on then cease to wrestle with the world and its problems as would a responsible adult with integrity and empathy. Men would have their own, but similar, path

Their small town eyes will gape at you
In dull surprise when payment due
Exceeds accounts received at seventeen.
metrolyrics.com

Great post Chris. And great to see David Seymour, who I have been giving a hard time, is drafting a euthanasia bill (or that it should be debated). Personally, I don't want this up to a vote, it's too important, and further example of why we need a rights nased political system, not a votes based one, but finally, thanks to Lecretia Seales, hope exists we get ownership of our bodies and health outcomes.

Unfortunately, I cannot imagine any nz political party making this a debatable issue.

It is a debate that is long overdue.

It is my body. Why cannot I, or those responsible for it, decide when to terminate it's life.

I can make a will that disposes of my assets after I die.
This will stand up legally as long as it clear that the will is genuine and made by a person of sane,logical mind at the time.

Why cannot I make a similar document allowing certain people, under certain circumstances to dispose of my life?

We daily kill animals, especially humans, on vast scales. The slaughter of plants is applauded by vegetarians and vegans.

What is so sacrosanct about humans not in a war situation?
Why do we persecute pacifists? They do not want to die or kill?

This topic has , and, I fear, will be, for along time,
bedevilled by superstition and fear.

I am sure a a Hawaiian based Wall Street trader and a (double ) Dipton Treasury ideologue would have no problem with that.

Imagine the economic benefits of ridding the economy of the wasteful dying.

The New Zealand constitution reserves to Parliament, as the ultimate distillation of the people’s will, the right to frame and fashion the laws that govern its citizens.
.......
Representative government started as people were working on the farm and so would send a representative to vote on issues and (I imagine) back then people were much more in agreement. This model no longer works: people vote for the apples at the front of the shop but get the dirty books under the counter. I recall Meteria Turie saying "and all our other policies" after an election result.

I support voluntary euthanasia the morphine can guarantee a trip to heathen (at least briefly).

@JH
I don't understand why Metiria Turei is mentioned in conjunction with dirty books under the counter?? If it refers to policies that are not totally understood it doesn't mean they are hidden. The Greens policy direction is well known and they are aspirational to improve NZ resilience and conditions in as many ways as affordable and politically possible.
They would be for examining change issues for social policies such as assisted dying.

And what's the connection of morphine with being a heathen? Perhaps you could proof read your comments to give a clear window to your thinking.

Apart from the fact that I can't understand what an Earth's being said JH, it's Metiria Turei. It's the woman's name for Christ's sake you should make an effort to spell it correctly. It's not as if it's fat finger or anything looks like.

In abstract, it's hard to argue against the right of people to choose when they want to die and to solicit help to that end. In reality, however, I can envisage all sorts of situations in which what looks ostensibly like a wholly voluntary choice is actually something other than that.

By all means let us have a debate on this issue. But let us not assume that the conclusion is foregone or obvious.

I am getting more and more worried about the power the state has over our lives. It's becoming less and less helpful to people and more and more benevolent to business and corporations at the expense of people. So it worries me that the state could have so much power over people.

However, if voluntary euthenasia did come into law, I'd rather health professionals were left out of the equation. Let some other group of people do the assisting otherwise people will be to scared to interact with their doctor in case any their private comments are used as evidence of wanting death rather than just being depressed or exagerating for effect etc etc.

@ Victor
I said above
A legal process that was reasonable and accessable enabling the capable person to follow set steps is necessary. It would be rational and ethical, considering individual rights. We also cannot just shy away from the fiscal and physical requirements to care for the unnatural growing numbers of long-lived people that heart and other medication facilitate. The people who are past the stage of consciousness, or of rationality, dying slowly with loss of mind and body, are another case needing their particular legal controls, bearing in mind financial and physical cost considerations ensuing from such long-term enduring half-life.
Do you think that following a thoughtful, intelligently drafted legal process would deal to the concerns you have?

I think MPledger's point about doctors being involved could lead to a loss of trust in them as a whole, is a valid point. Perhaps some could specialised in a specialised gerontology, so that such matters could be discussed with these people with no trepidation. When you're not ready to even think of 'going' you certainly don't want to feel you might be talking to a Dr Harold Shipman, the British GP who helped people off the earth as he saw fit.

"Do you think that following a thoughtful, intelligently drafted legal process would deal to the concerns you have?"

I would hope so but cannot assume this in advance.

It is a complex issue, not amenable to pithy soundbites, suffice to say, in all jurisdictions where it has been introduced there has been"scope creep"; that is not argument against implementation, but rather, an argument for clarity and specificity for ant new legislation.