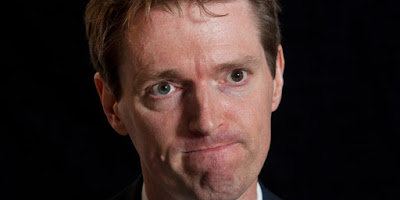 A Burnt Child With No Fear Of Fire: New Zealanders expect their leaders to make informed and sensible political choices. We do not expect them to thrust their hands into one avoidable fire after another and allow them to be burned black.
COLIN CRAIG suffers from the political equivalent of leprosy. He lacks the acutely sensitive nerve-endings which allow professional politicians to avoid issues that are too hot to handle. Again and again, Craig has thrust his hands into the fire of political controversy, seemingly oblivious to the increasingly debilitating consequences.
An experienced politician would never have written – let alone posted to every New Zealand household – a detailed response to the accusations of his political enemies. If what your opponents are saying about you has gained sufficient currency to require such denials, then it is almost certainly too late for them to do any good.
And yet, this is exactly what Craig did. Worse, he wrote the pamphlet himself. Had he employed the services of a professional publicist (who would almost certainly have begged him not to do it) the excruciating embarrassment of the past few weeks could have been avoided.
Insulation from reality is, however, one of the besetting tribulations of great wealth. Ordinary folk must present a convincing case for spending millions of dollars. As a highly successful businessman, however, Craig possesses the resources to give his whims and fancies concrete expression. Had these been sound, he could have been another Michael Bloomberg. But, they were not – and he ended up in court.
In defending his reputation, the Taxpayers’ Union founder, Jordan Williams, has simultaneously driven a stake through Craig’s political heart and mortally wounded the Conservative Party. Over the weeks of Williams’ defamation action, the nation has looked on, in head-shaking disbelief, as a grown man has been forced to acknowledge, under oath, behaviour that would embarrass a spotty adolescent.
Day after day the public has been treated to example after example of Craig’s appalling judgement. New Zealand voters are prepared to cut politicians a great deal of slack when it comes to the sins of the flesh (just ask Shane Jones!) but they will not forgive a consistent pattern of bad decision-making. We expect our leaders to make informed and sensible political choices. We do not expect them to thrust their hands into one avoidable fire after another and allow them to be burned black.
But even as they write him off as a passing political curiosity, New Zealanders will likely experience a twinge of sympathy for Craig. From the moment he entered the political arena in 2009, his endearing, almost childlike, faith in the democratic process has touched the hearts of many. Unfortunately, just like Tom Hanks’ character in the movie “Big”, Craig’s teenage-boy-in-a-man’s-body pursuit of godly goals has also been the source of considerable mirth.
Craig professed to be shocked by the “dirty politics” of his foes. It is astonishing that he took so long to realise that there is no other kind. He knows that now. In the words of the inimitable American humourist, Mark Twain: “A man who carries a cat by the tail learns something he can learn in no other way.”
This essay was originally posted on the Stuff website on Friday, 30 September 2016.
Posted by Chris Trotter at 09:37

I haV 1 pt of disagreement. Most of Craigs detractors like myself and jordan williams and Christine Rankin were dedicated supporters for quite some time. We all feel deeply betrayed by him. This was not "attack" rather parents trying to tell a child NOT to put his hand - and then ours - in the fire too. -John stringer

Sometimes, Chris, you write the best human pieces. (Which Left are normally ideologically blinded from. I guess because you haven't bought into the identity bullshit and can still see individuals.)

I quite like a politician who isn't a politician. Their honesty is often quite refreshing. I wouldn't even care about the court case except that he stood on a family values type ticket. So basically he's just another Don Brash, he should have remembered, that if you are for 'family values'– whatever they are – you can't afford to get yourself involved in any form of extramarital/sexual harassment type affairs. So while I might admire his honesty, I can't for the life of me stomach his hypocrisy. It was simply his naïveté though that made him think that maybe he could get away with it? Because most politicians have the sense to be a little more discreet.

And while I'm here.

"Which Left are normally ideologically blinded from. I guess because you haven't bought into the identity bullshit and can still see individuals."

Flattering bullshit, but still bullshit. Or maybe we should just call it myth.
I mean let me make a similar assertion – conservatives can see individuals okay they just don't care about them. Makes just as much sense, and is probably just as true. It all depends on the individual I guess. :)

i have a great deal of sympathy for naive colin as he represents a nz that used to be...but will never return...as Labour refuses to acknowledge...the values Colin espoused were actually decent but irrelevant...there's such a thing as non-applicable truth..he's found out the hard way..

To Ape-shite above. I'm definitely not a conservative. (Or that cannabis plant in my glasshouse is a tomato).

Your statement on conservatives, however, which should be in jest, yes, are exactly that held by the identity children, sadly. Which is why they hate Chris and oh-so-haughtily belittle him. Go read Twitter.

"...the values Colin espoused were actually decent but irrelevant"

And yet these values seem to include the trivialisation of sexual harassment of women. I'm not quite sure where decency comes in there. Or irrelevance for that matter. This seems to be a reasonably common pattern amongst the religious right. The idea perhaps, that women are irrelevant except when catering to men. There are numerous cases in the US, where the religious right is more common than here.
Or I suppose it could be the view of someone who is rich and regards the little people as prey :). Trump would seem to encapsulate that rather neatly.

Ape shite - I'm sorry – so now we're allowed to post insulting names? Fine by me. Well listen Fuck Face, you misunderstood my statement on Conservatives, which was in jest, because otherwise I wouldn't have said it makes about as much sense as yours on progressives. And I wouldn't have put that funny little icony type thing at the end of it – you know the one that looks like someone smiling. Incidentally, as I understand it you are a Libertarian? Which I regard as a conservative. But I guess that's just a matter of opinion. Libertarians like to think of themselves as different. But you're just extreme conservatives with a bit of social progressivism tacked on.

Okay, that's enough, both of you.

If you and Mark want to keep commenting here you'll both play by the Bowalley Road Rules - or not at all.

I have no respect for people who post under pseudonyms. And I don't ascribe to pigeon-holing or juvenile tags. Ie, identity nonsense. Nighty night.

Sorry Chris. If it hadn't been for the Ape Shite I would have said this.

"My statement, which the icon indicated was somewhat in jest, meant that you were ascribing an ideological blindness to left-wing people with which I would probably take issue. Because I think it is more an individual blindness than an ideological one. And as a right-wing person, you should be more open to ascribing individual motives rather than group/ideological ones. As a left-wing person of course I am allowed to make mass judgements of people on ideological grounds, whereas as a libertarian you are not supposed to."

I was actually surprised you let it through, because this is the first time anyone in these columns has directly insulted me without a pretence of attacking my ideas at least.

1 - that Colin Craig is a walking idiot; and

2 - that Jordan Williams is, at best, slippery and slimy.