Sins Of Omission: Why Phil Twyford's Most Recent Post Fails To Convince. 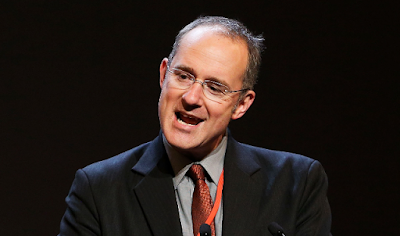 Considering we produce a lot of wood, and most of our houses are made of wood, I'm never quite sure why they cost so much. Now some of it obviously is paying builders – hopefully – a decent wage. But it can't be all that surely? Considering Alibaba will sell you a kit set house for somewhere between US $150 and US$300 a metre? With free postage :).

I think the point of his speech was that it was Labour governments which brought about change. Whether those changes, and in particular those wrought by the 4th Labour government, were good or bad ones was not really relevant to his argument so he chose to accept that there may be well be differing views these questions.

How can it be $600 sq ft US $ 1300 sq ft NZ? is it local and/ or government bureaucracy?.
Tyford, Salmond and Little tried to pull the wool over NZ eyes with the Chinese surnames rort, when they know full well that the root cause of excessive demand for Kiwi real-estate was Helen Clarks 2008 FTA with China, clauses 138&139 give the Chinese, resident or not, the same abilities as Kiwi, Australian real estate investors to buy property. We now have Kiwi real estate company(Ray White)with offices in China selling NZ real estate thanks to Labour and the 2008 FTA.

What will they spin at their 100 year conference?

Trump could learn from these scroundrels.

mikesh
What a nice softie you are. Your slogan is no doubt 'Always look on the bright side of life' dah dah, di dah. I'm reminded of the mealy-mouthed supposedly Christian quote in a church newsletter once received.

Headed Promise Yourself it has the words:
To forget the mistakes of the past and press on to the greater achievements of the future. To wear a cheerful countenance at all times and give every living creature you meet a smile....To be too large for worry, too noble for anger, too strong for fear and too happy to permit the presence of trouble. Christian D. Larson an American New Thought Leader d.1954. (Did you guess, from USA. Written soon after WW2 it doesn't offer any working hypothesis to prevent a return event.)

Early Christians would never have got their religion established if they were so wet, thoughtless and spineless. The Pilgrim's Progress wasn't about having a beatific smile all day, only the brainwashed and mentally challenged can achieve that. Which of these describes Phil Twyford and his gang.

Hi Chris
Last year when construction prices were in the news I think it was Ngaitahu who did a timber prices comparison with US, and found that one lineal meter of 4x2 treated no1 Framing cost $1.00 there and about $4 or $5 here. At that very time I was sending Radiata logs off to export. average prices to me at Tauranga about $120 per cubic meter. The % recovery of sawn F1 timber from a good log is about 55% with a bit of no2 thrown inl; So the recoverable F1 from cubic meter of log was worth at Mt Maunganui $120x100/55 =$218. There are 200 lineal meters of 4x2 in one cubic meter , so still in the totally unprocessed log ,one recoverable lineal meter of 4x2 was/ is worth 218/200 = $1.09 . ... it has yet to be milled, dried,dressed,machine graded , preservative treated and distributed to outlets. The export log price is a global market , NZ sawmills have to match the price to access logs. There is something wildly misleading about these price comparisons. Perhaps US massively subsidises it's building materials, or maybe building firms were/are selling stock in US at 25% of production cost as they were/ are going bankrupt and being liquidated, I don't know, but otherwise that $1 4x2 price was utter bullshit and maybe the current quoted comparisons are too. They certainly need some searching analysis.
Cheers David J S

Polly
Give Helen Clark a break about the agreement with China. It was a diplomatic and economic triumph and has given us some profile in the world instead of us being like a flat whoopee cushion with the bums of Australia and the USA firmly fixing us in our place at the bottom(s) of everything.

It gives us another line of communication into Asia and breaks down the western white wall and English-speaking hegemony ruling us just a little. And when it comes to dodgy dealings with Asian overtones, we have already been vaccinated by dealing with Australia, and survived, just.

The Free Trade Agreement with China causes problems, but hi-ho problems are what we have for breakfast daily, the one with Oz hasn't gone our way noticeably. No doubt if they chose, our pollies could have established controls over the immigrant effect on the house market, immigrants would have to build a place to NZ regulations (hah hah, that wouldn't be too much of a burden), and then they would have to occupy it or lease it, or...?

Unless we revert to lowest quality slum housing, then regardless of what government there is, for more housing to be built requires a higher savings rate for the capital needed to build housing or whatever extra to what we are building already, whichever way you look at it -

so why not focus on discussing the best and most acceptable ways of raising our national savings rate in a way that also raises our individual prosperity levels universally ?

Why is there no concern nor vigorous discussion on that, if it is true, that without saving for housing, there is no (adequate standard)additional housing ?

Jeez!!! maybe just like John Key Twyford should have just commented on the Aaron Smith situation instead. Then the usual suspects can all nod in unison.

greywarbler
I would suggest you pull your head in and warble up some comments pertinent to the main argument instead of burbling on about the earliest christians' anatomies. Twyford was merely arguing that Labour governments have been agents of change. He pointedly avoided opening up a discussion on the merits/demerits of the policies of those governments,interesting though such a discussion may have been, as this would have distracted from his main contention.

G S
The timber for a fully timber lined and clad house from piles to roof framing would cost $250 to $300 per M2 . I would be happy to supply but I would need 6 months notice as I am a 70 yr old one man band, and machining and treatment have to be contracted out to others so delay has to be allowed for.
Cheers D J S

greywarbler, I was talking about honesty from the Labour leadership, its MIA.

Good research Dave Stone. I constantly hear that per meter building cost only 2/3 of NZ in USA.....apples for oranges?

When it comes to this National government, they will be known for being the 'tinkerer government'. Mere administrators.

Potted and faffed about; didn't really achieve anything important regarding social policy.