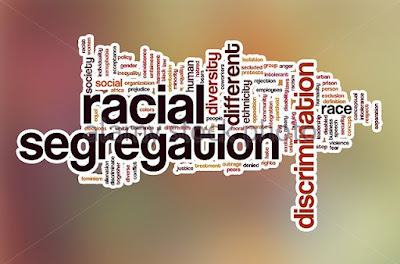 Preserving The Gap: To placate a “base” already alarmed by their party’s Maori-friendly rhetoric, the National-led Government made it clear that it had no intention of matching its Maori-friendly words with Maori-friendly deeds. Not where it counted, anyway.
WHY WON’T John Key’s National Government commit to reducing child poverty by 10 percent? What is it that prevents the Prime Minister from accepting Children’s Commissioner Beecroft’s challenge? It’s puzzling.
As Leader of the Opposition, Key identified the growing “underclass” as one of New Zealand’s most pressing challenges. His highly publicised foray into McGeehan Close, one of the poorest streets in Prime Minister Helen Clark’s Mt Albert electorate, reinforced his message powerfully. Poverty was something National’s leader took very seriously.
Was it all yet another example of “just one of those things you say in opposition, and then forget about in government”? Only partly. If Key was to unseat Helen Clark’s government he had to convince tens-of-thousands of wavering Labour voters that it was “safe” to switch their allegiance to National.
Under Key’s predecessor, Don Brash, these voters were far from convinced. National in 2005 came across as too extreme; too ready to divide the country along the fault lines of class, gender and race. Key’s job (and he did it brilliantly) was to convince the electorate that National had learned the lessons of 2005. That it was now quite safe to change horses. The voters’ new mount was not about to carry them over a cliff.
Why, then, having won the 2008 General Election, did Key not use the powers of government to rectify the social conditions he had condemned so eloquently in Opposition? The answer, sadly, is because any serious attempt to address poverty and homelessness in New Zealand immediately inflames the inherent racial bias of the Pakeha electorate.
Remember Helen Clark’s first term policy of “closing the gaps” between Maori and Pakeha? Remember what happened to it?
National’s politicians understood how easily racist resentment against such policies might be inflamed. They were not about to risk a flanking attack by the Iwi/Kiwi die-hards of 2005. Key’s outreach to the Maori Party was already raising hackles on National’s right. He was not about to raise even more by unleashing a Kiwi version of Lyndon Johnson’s “War on Poverty”.
Quite the reverse, in fact. To placate a “base” already alarmed by their party’s Maori-friendly rhetoric, the National-led Government made it clear that it had no intention of matching its Maori-friendly words with Maori-friendly deeds. Not where it counted, anyway.
Geography is always the most inflammatory factor in social conflict. The proximity of poverty produces a toxic cocktail of responses within neighbouring communities. Considerations of property values, school zoning and crime rates not only generate policies aimed at excluding the poor, but also at keeping them bottled-up. Such discriminatory impulses are much easier to maintain and justify when poverty and ethnicity combine to form a single social threat.
The National Party has always understood this. It’s why it confined its state house construction within clearly-defined geographical, socio-economic and racial zones. It also explains the party’s unwillingness to allow the situation of those living inside these impoverished communities to improve at anything like the same rate as those living outside them. Far from closing the gaps, National’s priority has always been to keep them open.
The prospects for the poor in New Zealand took a significant turn for the worse when the terms “working-class”, “Maori” and “Pasifica” became more-or-less synonymous. At that point, the well-to-do’s age-old prejudices against the poor combined with the vicious racial stereotypes of New Zealand’s colonial heritage. The condition of the impoverished could now be explained-away by referencing their “poor choices” and the “dysfunctional cultures of violence” in which they were raised.
In the words of the urban historian, Dr Chris Harris:
“The unrelenting exclusion practiced by Pakeha society against Maori/Islander populations stands in marked contrast to the way that the state bent over backward to find people jobs and houses when the neck that wore the blue collar was white, back in the 1960s. In those days policy was all about capitalising the Family Benefit for a deposit on a house; these days it’s ‘How can we stop those people causing poverty by breeding?’ A complete double standard: ‘natalism’ for Pakeha families with 4 kids in the 1960s; Malthusianism for brown families with 4 kids in the 2010s.”
Combine that racist double standard with the electorally consolidating effects of soaring property prices, and the National Party’s indifference to child poverty makes a terrible kind of sense.
This essay was originally published in The Waikato Times, The Taranaki Daily News, The Timaru Herald, The Otago Daily Times and The Greymouth Star of Friday, 7 October 2016.
Posted by Chris Trotter at 11:20

I have a bet riding on the contents of the comments here. Don't let me down.

Good article Chris. I have been thinking about connections and social networks lately, it affects my work as a community mental health nurse. But a deeper, more abstract level, I wonder if the purpose of the Labour/Green housing policy is about providing the hard infrastructural network of houses and transport and so on for the built environment so that we can have better soft infrastructure/social connections. As you say a social system that is more inclusive, perhaps more productive and more satisfying for all.

If any of this makes sense, check out this TED talk
https://www.ted.com/talks/nicholas_christakis_the_hidden_influence_of_social_networks?language=en

Or read this book
"Connected -The amazing power of social networks and How they shape our lives" by Nicholas Christakis MD, PhD & James Fowler, Phd

Back in the 1960s. In those days policy was all about capitalising the Family Benefit for a deposit on a house; these days it’s ‘How can we stop those people causing poverty by breeding?
.....
You mean when wool was $174/kg compared to the era of grow the population or perish and the racism obsession?


Due to budgeting constraints, large Pacifica families commonly end up in the cheapest housing they can afford, as discussed above, this results in poorer health outcomes.

I don't understand a New Zealand where the under-dog isn't central.

I was almost 18 back then, now I'm 50, so perhaps I should learn to love masters.

Isn't it ironic that Labour could loose Mt Roskill to the migrant (diversity dividend) vote? National voters benefit whereas only Labour's social justice warriors in good employment benefit. What's more the Green Party is for spoiled white brats.
Too many whites working at HRC and RNZ if you ask me (not that comments are allowed).

Chris this piece is even more simplistic and unsupported as National saying Labour have no incentive to reduce poverty as that section of society provides them with eternal vote fodder. Therefore they like poverty.
Daft. neither party has any interest in sustaining poverty and you certainly would not know how National think so your whole theory is just made up.
Did poverty reduce much under Helen during the nine boom years she ruled the show, when house prices went up as much or more than recently?

I would point out that National has just announced a programme to replace 300 tatty state houses in Northcote with 400 new state houses and 300 houses for first home buyers.

I would not be surprised if National makes more such announcements over the next 12 months.

Chris, by now you should know that John Key is very skilled in dealing with major issues that concern New Zealanders in way that reaches well into the middle. So John Key will continue to reinforce the proposition that National can be relied on to be "safe" on social issues, but also requiring accountability.

Accountability is particularly expected by those in relatively low paid jobs. They have to work hard for every cent they get, so they expect a proper level of accountability from those receiving substantial state assistance.

Good points Chris - I hadn't thought of those outcomes from facing child poverty. Deliberate formation of an underclass. It didn't enter my head when I was a young adult that the wealthy and the National Party could sink so low. I thought we were on an upward path to an ethical society that gave opportunities to all and helped the vulnerable and the disadvantaged.

Really gw? If Chris states what he imagines is in the collective head of the NP it becomes a fact in your mind? Sounds like what appears to happen to Trump supporters.


@Wayne Mapp
"Chris, by now you should know that John Key is very skilled in dealing with major issues that concern New Zealanders in way that reaches well into the middle. So John Key will continue to reinforce the proposition that National can be relied on to be "safe" on social issues, but also requiring accountability"

Another Trump spin doctor alongside Hooten.

I'd say you have likely won your bet GS.

My comment was an observation about how John Key deals with issues like this. You must have noticed by now how over the years since 2008 that John Key triangulates issues like this to remain "safe" in the eyes of voters. Some would say it was how Bill Clinton dealt with similar issues during his presidency. That was an essential part of his success.

So not spinning, that is not the way I look at issues and politics. I try and analyze what I see.

It seems to me that one of the reasons why John Key has retained his level of support is that he knows when to act on these issues.

Yesterday's cover story in the NZ Herald confirmed my point that National would be acting proactively on the housing front, pretty much exactly as I Indicated. Expect to see more Northcote style announcements.