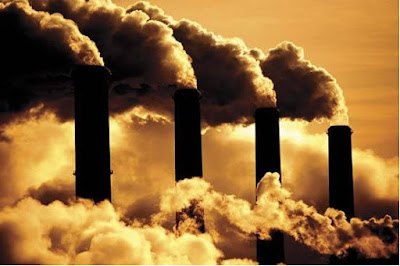 The “Pollution Paradox”: According to Guardian columnist George Monbiot: “The more polluting a company is, the more money it must spend on politics to ensure it is not regulated out of existence. Campaign finance therefore comes to be dominated by dirty companies, ensuring that they wield the greatest influence, crowding out their cleaner rivals.”
POLITICS IS FULL OF PARADOXES. Electoral success in a democracy often goes to the political party most effective at suppressing dissent within its ranks. Outstanding individuals, persuaded by their friends to take up politics, finally make it into Parliament – but only after purging themselves of all the virtues that made their friends want to send them there in the first place. A left-wing government committed to policies of disarmament and peace, ends up encouraging the precise opposite. Or, as the paradoxical Romans put it: Si vis pacem, para bellum – If you want peace, prepare for war.


The “Pollution Paradox” offers yet another example of how the pursuit of virtue can end up rallying vice. According to its author, Guardian columnist George Monbiot: “The more polluting a company is, the more money it must spend on politics to ensure it is not regulated out of existence. Campaign finance therefore comes to be dominated by dirty companies, ensuring that they wield the greatest influence, crowding out their cleaner rivals.”
Donald Trump’s putative Cabinet: containing the former CEO of Exxon-Mobil and at least two notorious climate change deniers, is held up by Monbiot as proof of the Pollution Paradox’s validity.
Many New Zealanders will recognize the Pollution Paradox at work in their own environment. With Greenpeace and the Greens campaigning for cleaner streams, rivers and lakes, Federated Farmers and the dairy industry work tirelessly to strengthen the ties that bind the National Party and its politicians to the agricultural sector’s special interests.
Anyone who doubts that this behind-the-scenes manipulation is firmly embedded in New Zealand’s policy formation processes should track down a DVD copy of Alister Barry’s deeply troubling documentary, Hot Air: Climate Change Politics in New Zealand. The decades-long lobbying effort devoted to preventing any kind of effective political response to anthropogenic global warming is as eye-opening as it is disturbing.
The political dynamic at work in Monbiot’s paradox is present in many more issues than pollution. Indeed, the covert funding of political parties and movements considered likely to eliminate perceived threats to entrenched business interests and/or the power and influence of dominant social groups, runs like a golden underground river beneath many of the defining events of the modern era.
The most telling historical example of the practice is unquestionably the funding of Adolf Hitler’s National Socialist German Workers Party. The name of Hitler’s party is written out here in full because it shows how indifferent his wealthy backers were to the ideological content of the Nazi phenomenon. All they wanted was a battering-ram against the individual and social rights enshrined in the constitution of the ill-starred Weimar Republic. So long as Hitler promised to destroy the economic and political institutions of the German working-class and preserve the social ascendancy of the “owning classes”, his paymasters paid little attention to the contradictions embodied in the Nazi Party’s identity.
The celebrated British historian, A.J.P. Taylor, exposes the fatal flaw in the owning classes assumption that once bought, Hitler would stay bought, with the following, telling, analogy:
“They soon found that they were in the position of a factory owner who employs a gang of roughs to break up a strike: he deplores the violence, is sorry for his work-people who are being beaten up, and intensely dislikes the bad manners of the gangster leader he has called in. All the same, he pays the price and discovers, soon enough, that if he does not pay the price (later, even if he does) he will be shot in the back. The gangster chief sits in the managing director’s office, smokes his cigars, finally takes over the concern himself. Such was the experience of the owning classes in Germany after 1933.”
It is possible that some people – maybe quite a lot of people – will find a great many contemporary echoes in Professor Taylor’s description of Germany in the 1930s.
It is certainly Monbiot’s contention that the Trump phenomenon, far from being “an insurgency, challenging entrenched power” is actually about “holding back the tide of change” for as long as possible.
The reckless short-sightedness of Hitler’s backers unleashed World War II. The Chancellor they appointed to save their nation, left it in ruins. In another political paradox, the man elected to “Make America Great Again”, may prove to be the ruin of the whole world.
This essay was originally published in The Waikato Times, The Taranaki Daily News, The Timaru Herald, The Otago Daily Times and The Greymouth Star of Friday, 27 January 2017.
Posted by Chris Trotter at 09:13

As to the rest it may well prove so.

unfortunately, Chris, your last para echoes my fears for the future...and I don't know how it can be prevented...4 years is a long time!

I just read that Alex Jones is claiming to have been given press privileges at the White House. At the risk of being accused of understatement, I'm not sure whether to believe this as Alex Jones does have a reputation for "making shit up". But while this might make JH all a-quiver if true, all I can think of is that the inmates are now officially running the asylum.

Minor difference between Hitlers backers and Trumps backers. In-case you had not noticed the people picked by Trump for his administration have one thing in common: they are all part of the American ruling class of "owners". These "backers" are people from the wealthiest section of US society, and they are backing their own team. Rather than rowdy thugs taking over the office, the rowdy thugs just reaffirmed their prior, current and future ownership.

I salute you for your stand, reading what you say causes me to think back to Hitler politically seizing Germany, pushing, shoving, grabbing with the constant surprise of speed against his foes.
His Generals and armies used speed as part of their weaponry, blitzkrieg military tactics became a sorry fact to Eastern European country's.
Donald Trump is moving with speed to change America and to cower any opposition.
The American fourth estate seem to be wilting, they seem to be unable to inform and keep Mr and Mrs America abreast of developments.
Speed, Fake news and Alternative facts seem to be controlled by Donald Trump and his echelons, he is becoming unassailable.
Fascism is now in its embryonic stage in America and Donald Trump and his team are becoming emboldened by the day.
Speed is the culprit.

Just to let you know, it appears to be possible to stream Alister Barry's Hot Air doco via YouTube, embedded at the Hot Air web site: http://www.hotairfilm.co.nz/

You're truly on form, Chris.

Thanks for your clarity on this appalling situation.

I haven't always agreed with your extended 1930s analogies in the past. But you're wholly right about them now.

I wish it were otherwise.

Should news reports (RNZ) call the NZ Initiative a "public policy think tank" and "economists say" without linking them to their interests?
http://imgbox.com/hPbuHrAE

Jh yes the NZ Initiative is the old vile beast the Business Roundtable. The stats they quoted on immigration $s looked to me very flaky....there was no formula given. Just looking at the huge disparity in dollars between immigrants and NZ born on their pdf could only be down to them including students as migrants with their fees. Or perhaps the wealth of immigrants like James Cameron. Who knows? Without hard numbers its all just more rwnj propaganda.