A Rainy Afternoon In September. 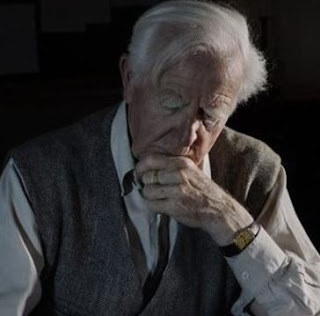 “I must say it is refreshing to find a person of your years displaying an interest in this part of the world. After all, as Henry Kissinger so crudely put it: ‘Only a handful of people live there Mr President. Nobody cares what happens to them.’”

GEORGE LIFTED HIS HAND in greeting as Martyn entered the bar. At two o’clock on a rainy afternoon in early September the place was virtually empty.

“I took the liberty of ordering you a bottle of cider, dear boy”, said the retired civil servant as Martyn hung his coat over the back of his chair. “Is that right?”

Among other things. Although, I have to confess it’s been a while since I actually laid eyes on it. For all I know you may have abandoned your old tipple and embraced the fad for craft beer.”

“Don’t mention it, dear boy. It’s the least I can do for the man who winkled me out of my retirement shell on this inclement afternoon. I have to acknowledge that I was more than a little impressed that you had my number.”

“You’re not the only person with informants, George, or files for that matter.”

“Indeed.” George took a thoughtful sip of his single malt and waited for the younger man to speak.

“I’m told that you were, for many years, ‘Our Man in the Pacific’. And that there’s very little you don’t know about New Zealand’s back-yard – and what has gone on there since the Americans drove the Japanese back into a more manageable set of boundaries.”

“A trifle exaggerated, but essentially correct. I did, indeed, hold the South Pacific Desk for a number of years. I must say it is refreshing to find a person of your years displaying an interest in this part of the world. After all, as Henry Kissinger so crudely put it: ‘Only a handful of people live there Mr President. Nobody cares what happens to them.’ Why do you care, Martyn?”

“I care because the Chinese care. I thought you might have some insights as to why.”

George’s face broke into an avuncular grin. “Ah, yes! Our very, very, very good friends the Chinese. Their mission is not so much to show the peoples of the South Pacific how much they care, as it is to find out how much the United States, Australia and New Zealand care about the Pacific’s ‘handful of people’. That’s the way Chinese diplomacy works: they test; judge the target’s response; then test again. If they encounter strong resistance, the Chinese retreat. If they are met with indifference, they advance. If they are welcomed with open arms, they advance very fast.”

“How far would you say China has advanced in the last decade?”

“Quite a long way, dear boy, quite a long way. Of course her task was made easier by the fact that the West had got itself into such a horrible mess in the Middle East. While the fat American cat has been away, the oriental mice have been playing hard for the hearts and minds of our Pasifika brothers and sisters – and even harder for the wallets of their infinitely corruptible leaders. They have yet to discover that the trick with Pacific politicians is not just to buy them, but to persuade them to stay bought. We have slightly more experience in these matters, but the Chinese are nothing if not fast learners.”

“You don’t sound all that enamoured of the South Pacific political class. What ever happened to the ‘Pacific Way’?”

George took another sip of his whiskey and absently pattered his impressive head of silver hair into place.

“‘The Pacific Way’. Ah yes, that was a durable and extremely useful fiction. We turned a blind eye to the small and large scale corruption that dogged every one of the South Pacific’s post-colonial regimes, and, in return, they kept their people safe from the anti-imperialist virus that laid low so many Third World countries in the 1960s and 70s. Their non-viable economies were kept afloat by US, Australian and New Zealand aid, and by the money remitted from the thousands of Pasifika who had taken jobs in the Palangi’s factories and offices. It was the Cold War, Martyn, and we worked on the principle that although practically all of the Pacific leaders were a corrupt pack of bastards, they were, when all was said and done, our corrupt pack of bastards – and not the Chinese’ of the Soviets’ corrupt pack of bastards.”

Martyn stared at the old man, eyebrows raised, and slowly shook his head.

“But the Cold War is over, George.”

“Indeed it is, Martyn, indeed it is. For a few years, relieved of the need to keep the Russian’s out, we told the Pacific leaders that they would have to adapt to George Bush Senior’s ‘New World Order’ of globalisation, free markets and the sudden recovery of blind eyes. Needless to say, all hell broke loose politically in the South Pacific. The days of corrupt-but-stable governments were replaced by the days of corrupt-but-bloody-mad-and-unstable governments. What every leader was looking for was a diplomatic sugar-daddy – and, of course, as China’s economic strength grew by leaps and bounds, Beijing was only too happy to oblige.”

“Or, in the case of Nauru, the Australians.”

George set his glass down on the glass table-top with a loud crack.

“Don’t talk to me about Nauru and the bloody Aussies! That god-forsaken quarry was a condominium in which the Brits, the Aussies and the Kiwis were supposed to have an equal say. Fat chance! Even before their bloody awful ‘Pacific Solution’ came into play, Canberra had decided that Nauru was theirs to do with as they pleased. Something to stash away for a rainy day. Do you know, Martyn, I remember advising Clark, back at the time we signed the FTA with China, to convince our new-found friends that New Zealand could act as the cut-out for a Chinese takeover of Nauruan politics. Remember what I said about Pacific leaders being notorious for not staying bought? We could have left the Aussies high and dry!”

“Imagine the songs they’d be willing to sing for Jacinda if Nauru was a New Zealand-Chinese condominium – instead of an Australian concentration camp!”

George rose from his chair and reached out his hand to Martyn.

“That’s enough for one rainy afternoon, dear boy. Plenty to be going on with there.”

“Thanks, George. We must do this again.”

George was already at the door. Wobbling his hand in a farewell salute.

This short story was originally posted on The Daily Blog of Friday, 7 September 2018.
Posted by Chris Trotter at 10:58

Best concise overview of island politics I've ever read. It didn't help, either, when NZ screwed what little economic activity the islands had, buying bananas from Ecuador, sugar from Australia, and oranges from the US. What goes round comes round.

The article started well, & made some good points.
Pity the last part became socialist pie in the sky “Imagine the songs they’d be willing to sing for Jacinda if Nauru was a New Zealand-Chinese condominium – instead of an Australian concentration camp!”

A "Zealand-Chinese condominium" I assume because the Chinese always treat other peoples as equals (such as the Kenyans) ... I wonder their reaction if we applied the exact same rules to Chinese investment in NZ as applies to Western firms doing business in China?
Perhaps if we fetch the Chinese master his slippers then he'll pat us on the head like a good house servant?

An "Australian concentration camp”... because the Chinese don't imprison any large concentration of ethnic minorities in any camps!? I guess all those Uyghurs are spending their time at Han Chinese run holiday resort condominiums?

Oh well; imagine the songs they'd be willing to sing for Jacinda..... once we all start kowtowing