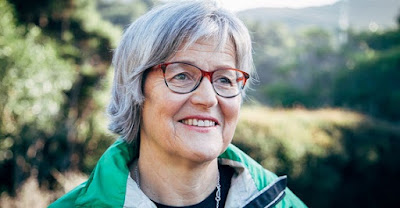 Overruled: The joint decision of Finance Minister, Grant Robertson (Labour) and his Associate Minister, David Parker (Labour) arguably the two most powerful ministers in Jacinda Ardern’s government, to grant OceanaGold the consents which Land Information Minister, Eugenie Sage (Greens) had earlier denied them, offers bitter proof of how hard fighting Climate Change is going to be.

EARLIER THIS WEEK, several hundred young Wellingtonians laid siege to the Ministry for Business, Innovation and Employment (MBIE) on Stout Street in the heart of the capital. Their Extinction Rebellion protest was the first in a noisy series of similar demonstrations set to take place across the world. Had they known that two senior Labour ministers would, the very next day, over-rule the anti-mining decision of the Greens Land Information Minister, Eugenie Sage, their protest might not have been so good humoured.

The joint decision of Finance Minister, Grant Robertson, and his Associate Minister, David Parker (arguably the two most powerful ministers in Jacinda Ardern’s government) to grant OceanaGold the consents which Sage had earlier denied them, offers bitter proof of how hard fighting Climate Change is going to be.

In refusing the company its consents, Sage had argued that the mine’s proposed expansion was “inherently unsustainable, will increase emissions, and will provide only moderate employment benefits relative to winding down the operation and remediating the site”.

If Climate Change is to be fought successfully, judgements such as Sage’s will have to be issued by the thousand. Businesses large and small, in the cities as well as in the countryside, will have to be told, bluntly, that what they are proposing has become unacceptable. That the days of companies making profits, by passing on the environmental costs of those profits to future generations of taxpayers, are over. That the facts of economic life have changed.

A progressive government that was serious about its promise to make Climate Change the nuclear-free moment of its generation, would have stood behind Sage’s decision. If only to demonstrate that the painful but necessary decisions it would increasingly be required to make could not be undermined, second-guessed and generally got-around by hiring expensive lobbyists to whisper scary stories in senior ministers’ ears. Leading the charge in this respect should be the Finance Minister. No one else can speak to the business community with such authority.

But, what did the Finance Minister and his Associate Minister actually do? How did they express their solidarity? Well, in their media release of Tuesday, 8 October, they expressed it like this:

“In respect of the new applications the ministerial decision making roles were transferred to Ministers Robertson and Parker, who have policy responsibilities under the Overseas Investment Act, to ensure a fresh analysis of the application.

“The OIO considered the new applications under the benefit to New Zealand pathway of the Overseas Investment Act and recommended to Ministers the applications be approved.”

Ministers Robertson and Parker duly approved the OIO’s recommendation. OceanaGold’s investment, they said would: “benefit New Zealand because of the retention of about 340 full-time jobs over nine years and exports valued at $2 billion over nine years.”

It is hard to think of a more naked admission by this government that, when confronted with a choice between acting to save our environment and “business as usual”, it will unfailingly choose “business as usual”. Robertson and Parker have stripped away all the star-dusted rhetoric, and thrust forward the unadorned reality for everyone to see. Jobs and export earnings: the very same drivers that have persuaded government-after-government to put off saving the environment until tomorrow, on account of the heavy political costs associated with saving it today, clearly remain as powerful as ever.

Is this what the Greens signed-up for? To see their ministers humiliated? To have their policies ignored and their decisions over-ruled? To have the threat of corporate legal action trump any and every attempt at climate action?

In the light of this decision, the Greens must surely reassess their position vis-à-vis Labour and NZ First, Those among them (yes, we are looking at you James Shaw) who argued that ministerial portfolios would allow the party to do things that shouting from the side-lines could never achieve, stand rebuked by Robertson’s and Parker’s ruthless intervention. They have made it clear that any Green Party ministers who believe themselves free to act independently, according to the evidence, should think again.

And so should Extinction Rebellion, because, clearly, MBIE is the least of their worries.

This essay was originally published in The Otago Daily Times and The Greymouth Star of Friday, 11 October 2019.
Posted by Chris Trotter at 07:49

I don't know if anyone here has read the Guardian's stories on how much large companies have spent on denigrating climate science – you should. It maybe explains quite a lot.

Sometimes a pragmatic decision is necessary.This govt wants to be re-elected next year.

The Greens rainbow coloured non-violence is being out to the sword. This search for consensus was a huge mistake. It just gives opponents of climate change an opportunity to water down the Zero Carbon Act. Now all it is is a learning experience.

The Greens have been humiliated, yet again. Remember water bottling? They are being taken for granted and ignored by Labour. The Greens have to pull the plug on this shonky coalition or disappear.

The Guardian, Monbiot? So called climate science is a fraud. The Earth's climate is constantly changing and much warmer periods have been recorded in late Roman and Mediaeval times, without the benefit of industrialization. This modern western hysteria would cause millions to die especially in developing countries if its absurd demands were implemented. CO2 is a trace gas at 0.04 percent of the atmosphere that nevertheless helps make life possible.

that would require a new definition of 'pragmatic'.

I presume the decision was made because most people would not associate gold mining with increased C02 emissions like say coal mining or oil wells. Sure there are the diggers and trucks (although in some big mines overseas the trucks are actually electric) but if you stopped a mine because of this you would stop all other construction and earthworks as well surely.

I also love the irony of the Zero Carbon bill being called this generation's Nuclear Free moment. Nuclear power is probably the only current technology we have to rapidly reduce C02 emissions - and NZ has a huge apology due to the world for leading other countries against it. France correctly ignored us and has halved their C02 per capita since 1980 by making 70% of their power from nuclear. Canada has a single nuclear power station which produces more more clean power than all of NZ's hydro dams and wind turbines combined.

"So called climate science is a fraud. "
Always amazes me how people can ignore all the scientific evidence produced by climate scientists, and decide that a bunch of fuckwits with no actual qualifications in the area are correct. Where on earth do you get these opinions from? PIDOOMA?

The comment was made at other sites that Ms Sage made the Ministerial decision outside the criteria laid down in the Act. If that was so, then being overturned by other Cabinet Ministers is a lot better than failing a judicial review.
If the sole source of GS's comments is articles in the Granuiad, then no wonder he has blinkered and erroneous views.
Chris Morris

It's harder than the hard any of us have known all the way. At 70 Savage , despite Lee's contradiction, knew how to fight if nothing else, like Key knew how to schmooze and sell. These people … are lucky, I think. Does anyone think they match Bernie Sanders? Maybe the fool, Stephen Mills, the left voice on RNZ. A voice like Norman Kirk would be good enough. Someone brave and true to themselves, and so, us.

And then there's poor old 30 year old Jacinda having to fight not only National, but her own party, the greens, NZFirst, Media, half the population. I'm totally amazed Labour still has a 4 in front of its polling. You can't win an election otherwise.