Representatives NOT Employees: The steady reduction in the status of our Members of Parliament: from democratically elected representatives to "our employees in Wellington" reflects New Zealanders increasing disengagement from the political process. Seriously, how much power do employees have in this country?
“WHAT HAPPENS NOW?” The newly elected Member for Manuwera, Phil Amos, still not quite believing that his days as a secondary-school teacher were over, had rung the Leader of the Opposition, Arnold Nordmeyer, for guidance.
“Well,” said Nordy, “we’ll probably have a Caucus meeting sometime in February. [The conversation was taking place in November.] And since the Nats don’t like to call the House together too early – far too many farmers in their Caucus, with far too much to do – things won’t get really busy around here until about the middle of the year.”
“What am I supposed to do until then?”, Phil responded plaintively.
The Labour Leader chuckled. “My advice, Phil, is to talk to as many people as possible, and just use the time to get to know your electorate.” 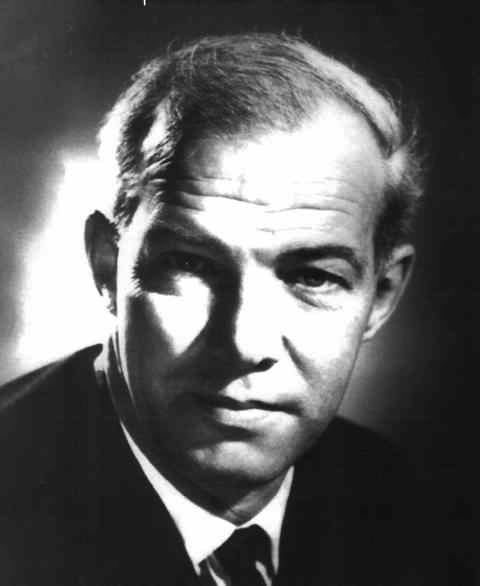 Phil Amos: MP for Manurewa 1963-1975
That’s the way it was for a brand new MP, in a brand new seat, back in 1963.
Fifty years ago New Zealanders held very different expectations of their Members of Parliament. Very few people in 1963 would have considered it either appropriate, or accurate, to refer to Members of Parliament as “our employees in Wellington”. Most voters understood that they had elected a representative: someone whose duty it was to reflect, protect and defend the interests of their electorate.
The idea that one’s MP is nothing more than a glorified civil servant: a person expected to turn up for work every day, do their “job”, and collect their (excessive) pay, is a much more recent notion.
In 1963, Parliament was still a deeply respected institution: a place through which awestruck school-children were led by school-teachers and guides who informed them, solemnly, that this was where the country’s laws were made.
Democracy, itself, was still a highly-valued and hard-won achievement in 1963. Hardly surprising when, just twenty years earlier, a significant number of MPs, Phil Amos among them, had been fighting in North Africa, Italy and throughout the Pacific for its survival.
Perhaps that explains why communities informed, in 1963, that their Member of Parliament was coming for a visit felt both pleased and honoured.
How was that respect so comprehensively forfeited?
Partly, it was the work of the Baby-Boom Generation. Shaped by decades of post-war affluence and the dramatic technological innovations that had fuelled it, the Baby-Boomers  aggressively challenged the conservative moral and political assumptions of their parent’s and grandparents’ generations. Artists, movie directors, television producers and songwriters grew increasingly impatient with yesterday’s values: the times they were a changing.
And those changing times were stoking the fears of bankers and businessmen, who were rapidly coming round to the view that democracy was getting out of hand. Politicians were responding to the demands of workers, women, blacks and gays in ways that threatened capitalism’s long-term profitability.
Their solution, which in New Zealand went by the name of Rogernomics, was to take as many of the important economic decisions as possible out of politicians’ hands and give them to bankers and businessmen. But, to make this solution work, it would be necessary to turn a whole generation of politicians into liars and cheats. Telling the voters that they were being stripped of the power that had made the post-war era such a levelling experience for the rich and the powerful was, obviously, out of the question. They would have to be tricked into giving it up.
The people who copped the blame were, of course, the politicians. Many of these were guilty-as-charged – but some were not. It was important, therefore, to foster the notion that politics was an entirely disreputable profession, to which only entirely disreputable people were attracted. Populist media personalities insisted that, because no politician could be trusted, it was necessary for them and their readers/listeners/viewers to keep politicians on the shortest possible leash.
Members of Parliament were, accordingly, re-branded as the voters’ “employees”. Every aspect of their lives was subjected to the closest media scrutiny, and any failings ruthlessly exposed. Inevitably, as the public was increasingly persuaded that all politics are “dirty politics”, politicians felt obliged to surrender what remained of their ancient rights and privileges as political representatives, and to embrace, instead, the democratically empty role of political employee.
Many will cheer the Prime Minister’s decision to align their “employees’” pay rises with their own. Fewer will ask whose interests Mr Key is representing.
This essay was originally published in The Waikato Times, The Taranaki Daily News, The Timaru Herald, The Otago Daily Times and The Greymouth Star of Friday, 6 March 2015.
Posted by Chris Trotter at 09:34

Obviously you havnt read any of Ridger Douglas's books. He insists he was acting out of necessity to save us from the fate of Greece and Venezuela, bankruptcy and poverty caused by economic policies which had outlived the new reality of Britain joining the EU, the rise of asia and the collapse of the post war consensus of full employment budgets in a firestorm of stagflation. Economic reality not political choice drove Douglas. True he didnt need to do a that he did, true he is an idealogue - but the time of change was being driven by the stresses of the days.

I think if anything contempt for our politicians must have been strengthened by the undemocratic buyout of mana by the rich german cash for clemency in the house of democracy - all the while cheered on by his greatest fan Chris Trotter the enemy of big money in politics, Trotter, Bradbury, Minto, Harre - all tainted by theyre willingness to sell democracy to the highest bidder.

I think it's been shown that Douglas's reforms actually set the economy back rather than rescued it. There were countries that coped without scalping their economies and causing mass unemployment. So in the words of Adam Savage, "I reject your reality and substitute my own." :-)

Contempt for politicians is not new at all. You know that. It's thousands of years old and part of the job description. It comes and goes too. It's East & West, left & right, demo & dictator. Pity there is not more of it in Russia today of the national socialist criminal Putin junta.
But I agree it has worsened in your life time, yet just as much because of the left as the right. You see again, your specs tint everything you perceive with your bias.
Contempt for pollies was the reason we got MMP, which followed Lange's lot doing things they were not elected for. And later the Treaty Machine was imposed on us, hardly democratic that disgrace.
In the UK you had Blair. No need to say more. A plague on both houses, yet what would be worse is slathering admiration for those in power, like in Russia. So similar to 1930s Germany.