Keeping The Nation In National - The First In A Series Looking At The Four Main Political Parties. 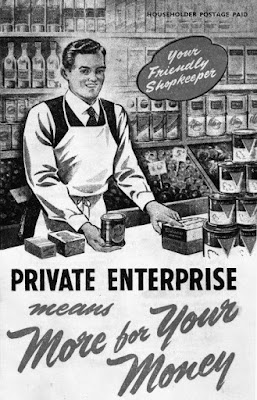 Face Of The Nation: To an extent that Labour never quite matched, the National Party became the mouthpiece for its class. Its “organic intellectuals” were the lawyers, accountants and producer board grandees who kept the wheels of New Zealand capitalism turning through the third quarter of the twentieth century.
MANY PEOPLE WERE SURPRISED at Bill English’s point-blank refusal to order an inquiry into Operation Burnham. What did he have to lose? If an inquiry exposed misconduct in the military, then his decision would have been justified. If it didn’t, then his decision would have vindicated the military’s actions. Either way, it was a win-win proposition for the Prime Minister and his party.
Except that no one who understands the origins and purpose of the National Party would ever expect it to sanction anything that might harm the reputation of our armed forces. National is the party of order and tradition; the party of hierarchy: and of the firm belief that there is a right way, and a wrong way, to do things. National is also the party that was pulled together out of the political wreckage of 1935 by former military officers. Colonel H.G. Livingstone, Colonel James Hargest and Colonel S.C.P. Nichols all played prominent roles in the National Party’s formation.
From the very beginning, National saw its mission as one of maintaining and, if necessary, restoring the conservative status-quo. Its founding documents speak of the need to “arouse and maintain interest in political matters … and to oppose subversive and other doctrines.” This would require the creation of a mass organisation on a par with the Labour Party’s. In the words of National’s inaugural chairman, Claude Weston: “a political organisation to be of maximum assistance to its members must not be allowed to hibernate, only to wake up on the eve of an election. Like our friends of the Labour Party … we must work day and night; year in and year out.”
National proved as good as its word, building up a mass movement that would, within a couple of decades, outstrip Labour’s own. In the countryside, its membership overlapped that of Federated Farmers, the local presbytery, rugby club and school committee. In the towns and cities its members were prominent in the local Chambers of Commerce, Employers’ Associations, Lodges and Rotary Clubs. To an extent that Labour never quite matched, the National Party became the mouthpiece for its class. Its “organic intellectuals” were the lawyers, accountants and producer board grandees who kept the wheels of New Zealand capitalism turning through the third quarter of the twentieth century.
When, during the final leaders’ debate of the 2005 general election, Don Brash rather tactlessly equated National Party voters with “Mainstream New Zealand”, he was exaggerating  – but only slightly. So adept has the National Party become at aggregating middle-class interests and opinions that its policies are still widely received as reflections of common sense.
But, National’s mission in the final quarter of the twentieth century, and its role in shaping New Zealand’s domestic politics in the twenty-first, was destined to grow increasingly complicated and even, at times, become self-contradictory. As the Keynesian world order began to break down in the 1970s, and as the structural weaknesses of the New Zealand economy were relentlessly exposed – National was forced to maintain its grip on power by tacking aggressively to the left.
The essence of Sir Robert Muldoon’s success lay in his ability to combine the cross-class political appeal of unbridled social conservatism with policies grounded in radical economic nationalism. By the early 1980s, however, Muldoon’s Keynesianism-in-one-country had fallen seriously out-of-step with the emerging requirements of a rapidly globalising capitalist system. The Labour Party was thus enabled to present itself as the more effective vector for the urgent economic and social transformations being demanded.
The resulting “Neoliberal” regime was to prove almost as destabilising of National’s electoral position as it was of Labour’s. A political movement founded to protect the core values and essential institutions of the New Zealand nation state, was now expected to “sell” the benefits of rampant globalisation – along with its attendant liberal-cosmopolitan cultural values.
National’s crucial role in preserving the ideological and cultural unity of the New Zealand middle-class was seriously impaired as international investment and mass immigration continued to both disrupt and displace domestic elites. Winston Peters’ NZ First Party was born out of – and continues to be buoyed up by – the deeply-felt grievances of globalisation’s local “losers”.
National’s defence of the national interest now consisted of urging New Zealanders to embrace the logic of globalisation by becoming more competitive, more innovative, and more flexible vis-à-vis the wider world. John Key, the highly successful international currency trader, epitomised the attributes and values of this “new” New Zealander – exuding an easy confidence which persuaded not only National voters, but also large numbers of erstwhile Labour voters, that the Left/Right “tribal” politics of yesteryear had been superseded.
The dramatic events of 2016 clearly persuaded Key that the era of post-politics politics was over. With his departure, Bill English faces the daunting task of putting the nation back into National.
This essay was originally published in The Press of 6 June 2017.
Posted by Chris Trotter at 08:53

Thank God. Welcome back Chris. My breakfast reading was bare without this.

My computer has worn an electronic path to your blog. It must have been very interesting being in UK for this election Chris.


I wonder how long National can continue bathing themselves in Teflon and telling porkies that should disgrace and disturb the intelligence of their members. One seriously wonders at the cuteness and lack of acuteness of such a large part of the more wealthy NZ citizens.

Grey – I might be being a bit optimistic here, but there seemed to be cracks appearing around the areas of housing and health. Let's just hope that there is enough time between now and the election for them to mature.

John Key, the highly successful international currency trader, epitomised the attributes and values of this “new” New Zealander – exuding an easy confidence which persuaded not only National voters, but also large numbers of erstwhile Labour voters, that the Left/Right “tribal” politics of yesteryear had been superseded.

I fear that this notion of a successful materialistic country being the highest achievement to wish for has spread like an epidemic in NZ and
after 30 years infection become endemic as affluenza.* Like Pavlov's dogs most rise to the bait. The few are scraping at the cracks to widen them, providing medical care for the patient while trying to reach the vital organs and clear them - colonial irrigation anyone?

These works define affluenza as "a painful, contagious, socially transmitted condition of overload, debt, anxiety, and waste resulting from the dogged pursuit of more"....

In 2007, British psychologist Oliver James asserted that there was a correlation between the increasing occurrence of affluenza and the resulting increase in material inequality: the more unequal a society, the greater the unhappiness of its citizens. Wikipedia

And Merriam Webster:
Definition of affluenza - first known use 1973.
: the unhealthy and unwelcome psychological and social effects of affluence regarded especially as a widespread societal problem: such as: feelings of guilt, lack of motivation, and social isolation experienced by wealthy people
Even so, psychologists are slowly recognizing that great riches are sometimes accompanied by a wealth of crippling emotional and psychological fears. Affluenza can be acute, striking lottery winners or newly minted doctors and M.B.A.s. It can also be a chronic and pervasive condition in families where riches extend through generations. — Anastasia Toufexis et al.
b : extreme materialism and consumerism associated with the pursuit of wealth and success and resulting in a life of chronic dissatisfaction, debt, overwork, stress, and impaired relationships
Affluenza is particularly rampant in the United States, where we place a high priority on financial success and material possessions. — David Hawkins

National is the party of order and tradition; the party of hierarchy: and of the firm belief that there is a right way, and a wrong way, to do things.
..........
Hmmm. Read Kiwibloggers discussing the ins and outs - ups and downs of whether Auckland house prices will tank. They even seem to be admitting that laundered money needs to be factored in. That's the National Party?
http://www.kiwiblog.co.nz/2017/07/auckland_house_prices_stabilise.html#comments

My understanding is that Hargest was a brigadier?

Certainly if you read through the history he made numerous tactical errors in the defence of Crete.

Oddly there's a high school in Invercargill named after this military failure.

Cracks? They are chasms!

"They are chasms!"
To you they might appear to be chasms. But the general public may well only see the papering over. :) But John Key is not in the driver's seat, and he was always a better decorator than Bill English.

GS
Key sure had designs on NZ. He had something for everyone, really street-wise, almost a Banksy in his ability to speak to people's psyches!