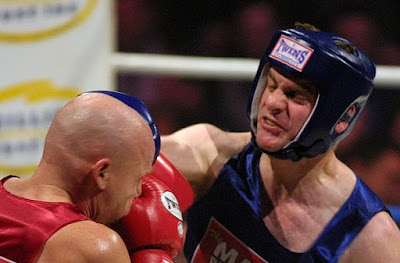 Labour's leaders after Clarke consisted of:

What short memories. From 1996 - 1999 Helen Clark polled miserably, survived a coup and went on to win the 1999 election. 2017 Andrew Little is in a similar polling position but facing the even bigger challenge of corralling a fractious and divided left bloc. Instead of being left to get on with it and even given a helping hand he is criticised and not given any hope........just like Helen Clark was. The one thing the left knows better than anyone else is the taste of its own shoe leather.

Well we will see what happens in September.

Labour’s repeated failure to produce a credible replacement for Clark has created a political vacuum into which both the Greens and NZ first have been only too happy to step.
......
For many Helen Clark has a legacy that got the ball rolling and got us to where we are today: population growth, house prices, clogged roads, political correctness (Susan Devoy), multiculturalism. If that had all been a great success Labour would be where National is. Harcourts and Bailey's are loving it. The guy at the top with the most important job is the one whose results are seen mainly in hind-sight.

Labours cozy and craven MOU with the Greens was a clear indication of political weakness plus sick political correctness from the leadership of Labour.
The Greens are not safe.
The Greens are not safe.
Labour have no balls.
Labour brings to our Country foreign interns to recruit for their cause.
Why not Kiwi's?. Why not NZ citizens?. Are you all dumb Cxxts?.
Little and Labour have lost all signs of traction within NZ.
The left is floundering.
I blame Little and his advisors.

@ Polly
I think Labour has a foot in two boats and so their leadership can't speak with conviction. They are trying to appeal to people who see other people as competition (more of "just like us, doing just what we do, living in circumstances just like we do - "mouldy old" us) and new age people who (themselves) have hit the jackpot (into Uni and up) and live a gilded life in the public service and academia. The latter have a vision (albeit a mirage) - pays well though and lot's of doughnut dunking

By the way Chris the boxer mantle in my opinion is better suited to Winston Peters.

My great-grandfather was a liberal politician. He died before I turned one. But one of his younger friends and admirers told me that Great-Granddad’s speech to new party workers and would-be politicians was simply that their voters must understand what one thing they stood for. Not what three things. Not what ten things. What one thing.

The problem is Little is surrounded by uneducated unionist half-wits that have no idea on how to win a general election.

It's run like an exclusive clique. This clique that surrounds Little's office will fail.

I remember meeting with another Labour failure, the former Gen Sec, Tim Barnett, who when I spoke to him as a current Labour party member with experience on Labour party election campaigns in Aussie & UK suggested that I could 'stuff envelopes with the other volunteers'