The National Party In Gumboots. 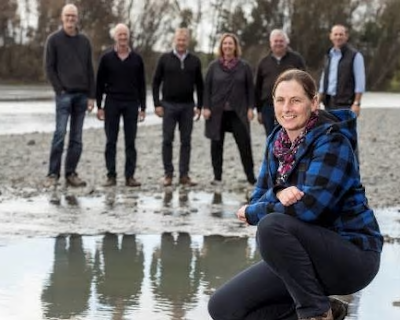 The loopy right. Just as well I was never a farmer - I would never have been able to socialise with all those loopy-de-loops!

Now THAT is lipstick on a pig. Funny how it's popped up just before an election. But the rhetoric around this has been with us for a long time. "Farmers love the land and hate to pollute it." Leave it to us to fix it. Oh dear. Just the same when they try to regulate landlords, or quack medicines. It's always something like "These regulations will not help people who rent." Or "These regulations will put people out of business, we are better at regulating ourselves." Yeah right.

I think that most people who chose to work and live outside in and with the environment do care about it, and feel for it just as much as people who chose to live indoors, and look out their windows at it, and deplore its imperfections, and live off the fruits of the labours of the people who work in and with it. Wasn't your rathe a farmer for an important time of his and your life Chris?
Would you attribute to him the disregard of the environment he worked in that you attribute to farmers in general? Your description of your earliest memories were strikingly similar to my own first memories of my father. I doubt that they were all that different in their outlook, or all that different from most farmers either. Farmers are people too.
Cheers D J S

The PR trouts must be making a fortune with their 'crisis management' bull shit.