By Other Means: Bringing Down A Government, Or Keeping One In Power, No Longer Requires Tanks.

Coup D'état By Crowd: With the appeal to naked force no longer acceptable in a post-Cold War world, the United States and its allies were forced to develop new, less objectionable means of removing their enemies from power. Paradoxically, democracy became the only plausible means of preserving the global dictatorship of the United States' neoliberal ideology. Or, at least, it looked like democracy.


TOPPLING GOVERNMENTS in the twenty-first century, or installing them, is no longer the business of soldiers. It used to be, back in the days of the Cold War. Just think of Chile in 1973, or Argentina in 1976. Back then nobody much cared about the optics. So there were tanks on the streets. So a few thousand people “disappeared”. So what? They were commies. Nobody cared. Good riddance!
With the fall of the Berlin Wall, however, and the dissolution of the Soviet Union, things changed. Lacking the Cold War justification of “resisting attempted subjugation by armed minorities or by outside pressures” the United States and its allies were forced to develop a new way of making sure that their friends continued to acquire and/or retain power, while their enemies – unaccountably – suffered one set-back after another.

The Old Way Of Dealing With America's Enemies: Tanks roll through the streets of Santiago, Chile, 11 September 1973.
The first step was to make sure that even if their friends failed the political consequences would be minimal. There were to be no more elections like the Chilean election of 1970, in which the victory of Salvador Allende’s Popular Unity coalition resulted in the introduction of genuine left-wing policies. The imposition around the world of the neoliberal “Washington Consensus” (which began with the arrival of the “Chicago Boys” in post-coup Chile) meant that even nominally “left-wing” parties could be relied upon to refrain from introducing measures calculated to inhibit or restrict the free operation of market forces.
The second step was to devise a whole new repertoire of non-military methods for bringing a government down. Essentially this involved using the core freedoms enshrined in all democratic states: freedom of speech; freedom of the press; and the freedom to assemble peacefully for a redress of grievances; not to advance democracy but to create a simulacrum of it. What appeared to the world to be a spontaneous uprising of the people against a corrupt and dictatorial regime, would, in fact, be the culmination of months, even years, of careful planning by teams of operatives (spies?) inserted into the target country by the United States and its allies.
The classic examples of this new technique of “coup d’état by crowd” were the so-called “colour revolutions” that brought down the democratically elected governments of Serbia, Georgia and Ukraine. (In the case of the latter, twice!) The Americans spent millions of dollars in these countries establishing political organisations, founding newspapers, setting up radio and television stations, and creating websites – all of which were then used to recruit thousands of perfectly genuine followers (usually young, middle-class university students) who would then be led onto the streets to confront the government.
These ostensibly peaceful protests were almost always carefully stage-managed to ensure that the authorities, goaded to breaking-point by a tiny, well-trained and well-paid “hard-core” fraction of the crowd, would over-react and start beating the protesters indiscriminately. Graphic examples of this state violence would then be broadcast around the world (often via social media) and, inevitably, the size of the protests would grow and the demands of the protesters would escalate.
The critical demand of these “people’s movements” would be the holding of new elections. This was especially so when the “revolution’s” precipitating event was an election whose result was disputed (as in Serbia in 2000). One of the key methods employed to make the claims of a “stolen” election plausible was the publication of bogus opinion polls. The government’s enemies – both foreign and domestic – would fabricate polls showing massive disapproval of the governing party and correspondingly massive support for its challengers. When the ballot boxes disgorged a radically different result the immediate response of the government’s enemies was that the election had been “stolen”. Gravely concerned, the US, UK and European Union would immediately lend their voices to the call for fresh elections. 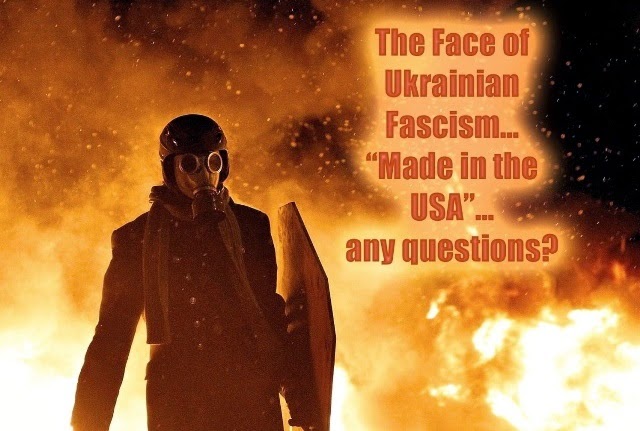 The New Way: Kiev, Ukraine, January 2014.
Sometimes, of course, these tactics spooked the government under attack into doing the subversives’ work for them. Informed by his own (and the Russian’s) intelligence agencies that the US was active behind the scenes, building and funding his liberal opposition, the Serbian strongman, Slobodan Milosevic, panicked and stole the election for real. Perfect!
Interestingly, the process works just as well in reverse.
If there’s a government the powers that be, domestically and/or internationally, wish to keep in office, then exactly the same funds will be lavished on exactly the same hidden persuaders. Social media will be skilfully and extensively employed, not to attack the incumbent government, but to undermine and smear its political opponents. Opinion polls will consistently demonstrate the government’s overwhelming popularity. Sympathetic journalists will disparage any suggestion of widespread popular discontent with the status quo. Political activists and parties evincing just a little too much passion and/or promising just a little too much in the way of genuine, as opposed to purely cosmetic, reforms will suddenly find all manner of things going wrong. They’ll hear strange clicking sounds on their landlines. Their computers may be hacked or stolen. The controls of their leader’s car may suddenly malfunction, sending him tumbling down a bank.
And nary a tank in sight.
This essay was originally posted on The Daily Blog of Friday, 5 September 2014.
Posted by Chris Trotter at 10:57

It is as I thought!