What Is This Election About? 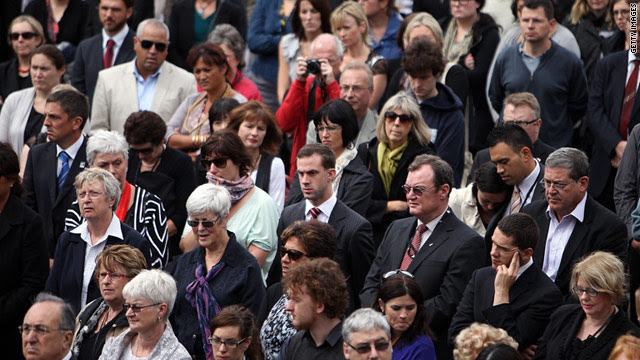 Vox Populi, Vox Dei: The Voice of the people, is the voice of God - or the Devil. It depends in the end on what sort of people we are, or have become.
THIS ELECTION is about us – the people of New Zealand.
No surprises there, you might say. In a democracy, aren’t elections always about what the people want?
Pretty much: and the modern politician’s dependence on polls and focus groups only accentuates the voters’ ability to determine the shape and complexion of their next government.
How else to explain John Key’s wholesale purloining of what used to be considered good left-wing policies – like free doctor’s visits for children under 13 and the extension of paid parental leave?
But if this election is about us, then why hasn’t Nicky Hager’s book, Dirty Politics, put a bigger dent in TeamKey’s support? Have 30 years of devil-take-the-hindmost capitalism, supplemented by a steady diet of winning-is-everything, it-pays-to-be-selfish reality television made dirty tricks acceptable? Have fairness and decency become yesterday’s news?
Is that why Labour polls so poorly among blokes? Because good Kiwi jokers no longer do compassion? Is the Greens’ and Internet-Mana’s focus on poverty seen by the boys in the barbecue-pit and the sports-bar as rewarding the losers with their own, the winners’, bitterly resented taxes?
Because if that is the sort of people we’ve become, then, sadly, that’s what this election is about.
This essay was originally published in The Sunday Star-Times of Sunday, 7 September 2014.
Posted by Chris Trotter at 14:47

I think there is something in what you say but would like to offer a different angle:
- on Dirty Politics I detect a view which says that the left have been/would be no different to the right (so why get upset); plus I think people are finding it hard to get morally worked up over allegations which themselves stem from theft;
- there is actually a high level of economic intelligence developing across society: using taxes to solve poverty is wrong-headed because taxes come from productivity not from money trees. So productivity should be increased rather than the tax take. (Yes, we haven't quite developed the intelligence to the point of knowing how to have full employment or a higher waged economy, but we do know collectively that governments are not best at creating jobs).

Are we becoming a less compassionate society? Maybe. But it is worth considering whether we are becoming a smarter society about how economics works.

Some thoughts on what you mention in your article.
*Dirty politics would have been more effective if Hager had taken time to look into the 'dirty politics' of the left, investigated left-wing blogs & the Labour staffers involved in one's like 'The Standard', and given the people he accuses a chance to defend their behaviour before going to print.
*The 'poverty' brigade actually do people in real poverty in this country a disservice by overstating the whole thing. Is there poverty in this country? Yes. Is there over 200,000 kids in this country in poverty? No. If we actually took time to work out the small % that are in poverty and directed our help towards that small % then that would be a far more effective strategy. By making outlandish poverty claims most New Zealander's just simply turn-off.

Well said Peter - I agree with most of that but it doesn't fit the old socialist view and so it will get a short shift here. In the socialist world the left are pure and visionary and in time will lead us all into the sunlit uplands of the socialist paradise on earth. The right are grasping and venal and are only motivated by self interest so the left says.
You and I know that governments are no good at creating jobs, real jobs, but the left knows better of course.
Just wait for the attacks you will get....

the questions you pose assume the polls are accurate...personally I believe they are flawed but the only poll that counts will reveal all tomorrow.

Governments aren't the best at creating jobs? Interesting, considering that most innovation has been either fully or partially government supported or has stemmed from government research. Pretty much worldwide. And given that New Zealand governments seem to have absolutely no effect on the economy, then there is no alternative but to try to solve poverty through taxation. Come to think of it, the most successful economies of the twentieth century have pretty much done this.

I don't know what this potends but I've just come back from evening shopping at St Lukes (Auckland suburban shopping mall) and found it virtually deserted as compared to the average Friday.

Could people have been out voting instead of spending? Might they have gone on to post-voting parties? If not, what?

Oh good lordy Peter what planet are you on? NZ workers have been gaining productivity for many years yet that has never shown up in wage increases. I wonder why that is? Perhaps it has something to do with the 'Industrial Surplus' part of extreme Capitalism? I suggest you do a search for it.

If you happen to be too tired to do that here it is in a nutshell: Business requires that 10% of the able workforce to be out of work all the time and be actively seeking a job - THAT KEEPS WAGES DOWN!! There will never be full employment under a Capitalist system mate.

That has been the reason that, for so many years, taxes were taken from the wealthiest people and spent on the poorest.

Understand people we can't run a country like a business, society is too complex for that. And a Capitalist economy rises and falls like the tide. Each time it falls more people are left behind. So, leave your dream Utopia behind and let the rest of us run the country properly.

yes weve become so smart about how the economy works that weve collapsed the banking system and currently have it on life support.

I hope we are not a less compassionate society not after christchurch.
We need to resolve the welfarism issue and encourage start ups like norway.

We also need to see china for what it is corrupt and diversify our trading partners.

The support for National by middle-class males and many others seems to be based on a the view that National spend less, tax less and manage the economy better. The first two points may be arguable, the latter is a myth. I think that Cunliffe misses an opportunity when he says National have got us through the gfc slump, without making more of the fact that Michael Cullen and Labour ran the economy, and government finances so well that they put NZ in a far more robust position than most other western countries.

Although Dirty Politics was itself dirty politics, I don't think that is as bigger factor as people are looking for best (or least worst) leadership - and this may lead them to prefer a Medici over a Muppet. Never the less I am thinking of marking my ballot 'No, thanks'.

Interesting, just voted and with the interest I take on politics was surprised to find that there are a couple of parties I'd never heard of. There is a "Civilian" party for instance. As opposed to what? A military party? Anyway, another year passes and I have at least been canvassed once. That's about your lot these days :-).

Ah, it's a monster raving loony type thing :-). Just as well I didn't vote for them then.

you get the government you deserve apparently.

Governments can create some conditions where private enterprise is encouraged to create jobs but doesn't create productive jobs itself. Oh sure government departments get bigger but that is something else again. Take a socialists paradise-one that Chris supports -Venezuela now with inflation running at 60% +, shortages of basics and censorship increasing. There are people here who would like to emulate that.....hopefully Peter is right and we are developing a higher level of economic intelligence-there are certainly plenty of signs of it around but just not necessarily on this site.

Well, Chris was wrong, the pundits were wrong, and he gets a third term as I said. I must confess though I thought it would be closer than this. We'll have to wait for the vultures of the press to pick over the bones and tell us what "really happened." :-)

Take that capitalist paragon America, where the biggest companies have created jobs by using the results of government research or otherwise sucking at the public tit. It's not just creating conditions under which capitalism can thrive, it's often direct subsidy and corporate welfare.

Kiwi jokers, if such a breed exist, are put off by Labours identity politics madness and constant internecine warfare. And won't vote for anyone who apologises for being a man. The importance of this last point cannot be overstressed.