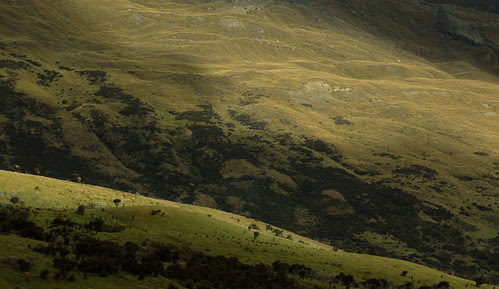 Hi Chris, just to let you know Scott does actually have his PhD now - got it last year (I fear the Sociology department hasn't updated their website for awhile!). His Phd thesis is to be published into a book by Manchester University Press in 2010.

Interesting piece above - Thanks, Cerian

I was working on an excavation up north in 2002 when the retired cockie next door engaged me about Martin doutre and his book 'ancient Celtic new zealand'. A copy of the book had been making it's way around the good folk of the town, passed around by locals eagerly and uncritically lapping it up. The year before when I reviewed the book for 'archaeology in new zealand' It took weeks to get a copy from the Auckland public library as there were six recalls ahead of mine. While the ideas expressed in the book are marginal in the extreme, my anecdotal experience from years ago suggests a ready market for them, a market which continues to grow and spread.

thanks for this thoughtful piece. I've replied at:
http://readingthemaps.blogspot.com/2009/11/was-ronald-hugh-morrieson-really-goth.html

To those who would like to hastily delegate the Moriori and the Waitaha people to the realms of mythology we strongly suggest they step outside of their politically correct bubbles and actually meet the descendants of these people (as we have) and get themselves an education. They are not extinct and they are certainly not myth, regardless how much the political opportunists would like them to be.

I dont think anyone said Moriori and Waitaha as a people were myth or dont exist.What was said is Moriori are not of Melanesian extract and Waitaha arent Non-Polynesian.These were myths popular among certain sections of NZ society as Chris has explained above.Yes they do exists but not in a way the popular myth portraits them.