One Damn Thing - Or Many? 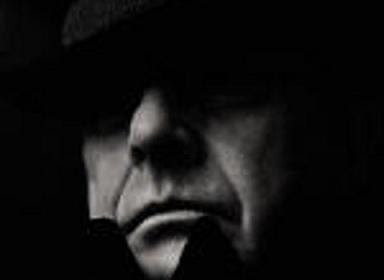 Follow the money: The work of journalists and spies is often indistinguishable. In both professions, the aim is to expose what is hidden. Where they differ is in the ultimate repository of the facts they uncover. A spy delivers his information to a privileged individual or group; the journalist offers the truth to everyone.
SPIES AND JOURNALISTS have a lot in common. To be good at either profession one cannot afford to interpret events as simply "one damn thing after another" – a random sequence of unrelated phenomena. No, one must see them as elements in a complex, constantly evolving historical picture.
Journalists and spies owe their masters not simply the "first rough draft" of history; they must also provide them with the first rough sketch.
Take the ongoing brouhaha surrounding Hone Harawira and the Maori Party for example. What are we really looking at? Is it "just" a controversy about an MP who went AWOL for a day in Paris, and then had an intemperate online stoush with someone who made a cheap-shot involving his partner? And if so, how have these events led to Mr Harawira facing expulsion from his party?
At first glance the scandal appears to hinge upon a racially-loaded epithet used by Mr Harawira in his e-mail jousting with Mr Buddy Mikaere.
Pakeha New Zealanders have taken understandable offence at being labelled puritanical "White Motherf***ers". Talkback radio amplified this Pakeha outrage, newspaper columnists gave it political shape, and a consensus swiftly congealed around the proposition that the Maori Party must throw Mr Harawira out of its waka.
Such, at least, is the "one damn thing after another" version of the Harawira story. Good enough for a junior political reporter perhaps, but definitely not good enough for a professional spy.
An intelligence agent reporting back to his boss in some distant European capital would have to provide much more in the way of explanatory detail.
Mr Mikaere’s actions, for a start, would require much closer scrutiny.
Who is this man? What does he do? Who does he rub noses with? Did he have anything to gain by becoming involved in the Harawira controversy? Who, if anyone, did he talk to before releasing the offending e-mails?
Asking around, our spy discovers that Mr Mikaere’s professional expertise is currently for hire in the complex (and often controversial) area of resource consent applications. This immediately prompts a flurry of additional questions.
Who are his clients? Is he currently working for any of the major iwi corporations? Is there some sort of environmental deal going down with the major Maori players – a deal that could possibly involve Resource Management Act issues?
Our spy telephones a contact in the Wellington bureaucracy.
"Hell yes!" his contact shoots back. "The five big iwi corporates are just about to be given the sweetest of sweet deals by the Minister Responsible for Climate Change, Nick Smith, in return for the Maori Party’s votes for his revised ETS legislation. Something to do with tree-planting and DoC-owned marginal land."
"How would Hone Harawira view that sort of deal?" asks our spy.
"I’m not sure", replies his contact, "but Hone’s known to be pretty pissed-off about his party’s wheeling and dealing with the Maori elite. He’s simply not convinced that the huge sums of money involved (and we’re talking millions here) will ever trickle down to the sort of people he represents in Te Tai Tokerau."
"Any resource consents required for this sort of thing?", asks the spy.
"There usually are – but who knows in this case? If we’re talking DoC land – and special legislation – the RMA might not even apply."
In an interim report to his superiors, our spy makes the following observations:
"It would clearly be in the interests of the Maori Party leadership (and the Maori corporations which stand to benefit from their agreement with Minister Smith) to eliminate Mr Harawira as an oppositional force within the Maori Party caucus. It would also suit the National-led Government very well – especially given its urgent need to have the ETS legislation passed before the Copenhagen Conference on Climate Change. A straightforward quid pro quo: "You give us the ETS, and we’ll give you the repeal of the Foreshore & Seabed Act" would certainly meet the political needs of both parties."
Perhaps some non-fictional journalists should start asking the same questions as my fictional spy.
Is Mr Harawira really being driven from his party because of a regrettable sequence of "one damn thing after another": that unauthorised jaunt to Paris, and the mouthful of ill-chosen expletives provoked by Mr Mikaere?
Or, are we looking at a whole lot of damnable things happening together?
This essay was originally published in The Taranaki Daily News, The Otago Daily Times and The Greymouth Evening Star of Friday, 20 November 2009.
Posted by Chris Trotter at 15:47

That's not a heavy-coated spy in your pic. It's Leonard Cohen, I swear. So if he is a spy too, he's spying for Canada. Which doesn't much scare me.

"A Spy in the House of Love" - The very best kind!

Nice information. What a great post! I’ve enjoyed my time here!!!!
Keep it up.

maybe people should actually find out which iwi are involved - far from being the "five major iwi corporates" - in fact the deal involves only two big iwi and three small iwi - including Te Uri o Hau from Northland. But hey - why let the truth get in the way of a good story.