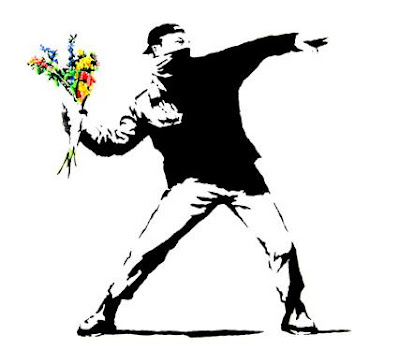 The Spirit of '99: "I'm appropriating this wine in the name of the people!"
HEH, HEH, HEH! Our side won. Their side lost. Isn’t life grand!
The worst thing about being stuck in a television studio on the night of an historic left-wing victory is that you have to be so damned well behaved. (Okay, okay, singing The Red Flag was a little bit over the top, but - hey – it had been a long evening!)
Other people, I am told, celebrated the Labour/Alliance win with much more gusto. One young fellow, sporting a Maritime Union of Australia T-shirt, and a PLO head-scarf, gate-crashed Rodney Hide’s election-night party in Epsom, and proceeded to terrorise the unfortunate ACT candidate with what he later claimed to be a Muhammad Ali impersonation. "We’re gonna get it on, cos we can’t get along!" he shouted at the bewildered Hide. "You can’t win cos you’re too ugly!"
At about this point the gathering, already seriously depleted, and obviously a little downcast at the results, began rapidly to shrink.
Sensing he was losing his audience, our left-wing rogue deserted the unfortunate Mr Hide for the stage, upon which he proceeded to perform a fierce haka.
The sight of a drunken (and quite possibly dangerous) Lefty chanting out warlike challenges in Maori, was clearly not something the good people of Epsom were all that familiar with, which probably explains why, by the time the haka had reached its ferocious conclusion, the hall was virtually empty.
But wait, there’s more. As he thumped out his challenge from the stage, our hero had espied a veritable cellar-load of unopened wine carefully stacked beneath a nearby table. (Clearly Mr Hide had been anticipating a much more satisfactory outcome to the day’s proceedings.) Leaping down from the stage, and seizing four of five of the unopened bottles, our beturbaned urban guerrilla bellowed: "I’m appropriating this wine in the name of the people!"
No one dared to stop him. Calling down imprecations upon the heads of all ACT and National Party supporters within earshot, and surrounded by a bevy of admiring young supporters, our hero passed out of the hall and into the excessively pluvial Auckland night.
Sic transit gloria Shipley.
But if you’ll forgive me for being serious for just a few paragraphs, I would like to offer a few pithy observations about last Saturday’s result.
First, it was a lot closer than it needed to be. Labour’s tactics in the final week cost the Greens (and the entire Centre-Left) six or seven seats in Parliament. This was brought home to me only a few hours ago when I dropped my daughter off at school. One of the mums, in discussing the election result, admitted that she had been going to vote Green, but decided in the end she couldn’t risk Labour not getting in. She was furious, to learn that the Nats would have been defeated regardless of which of the three main centre-left parties people voted for. She’ll not make the same mistake in 2002!
Second, the Alliance surrendered a fifth of its 1996 support (which was, in turn, only three-fifths of its 1993 vote) to Labour because Jim Anderton made a conscious decision not to fight for it. For securing her left flank so generously, Helen Clark owes Jim at least two extra seats around the Cabinet Table.
And finally, those two extra seats must be filled by Laila Harré and Phillida Bunkle. If the Alliance insults its supporters by appointing Democrats (who’d stand about as much chance of getting elected in their own Wright as the McGillicuddy Serious Party!) they should stand by to repel boarders.
I know just the guy to lead the charge.
This essay was originally published in The Dominion of 3 December 1999.
Posted by Chris Trotter at 17:08

Chris says:
"
singing The Red Flag was a little bit over the top, but - hey – it had been a long evening!

yes Chris you have had a long evening but now it is dawn, and your cause is lost entirely, and the idea of singing the red flag is pathetic,

Such optimism during that night.

Too bad Labour never really lived up to the hopes and dreams of those that voted it in back in '99.

They made a few outside changes, but the neo-liberal foundations still remained. Indeed, the gap between rich and poor is still as wide as it ever was, maybe wider.